New farm greenhouse could switch from vegetables to cannabis
Jan 18, 2018 10:30 AM By: Graeme Wood 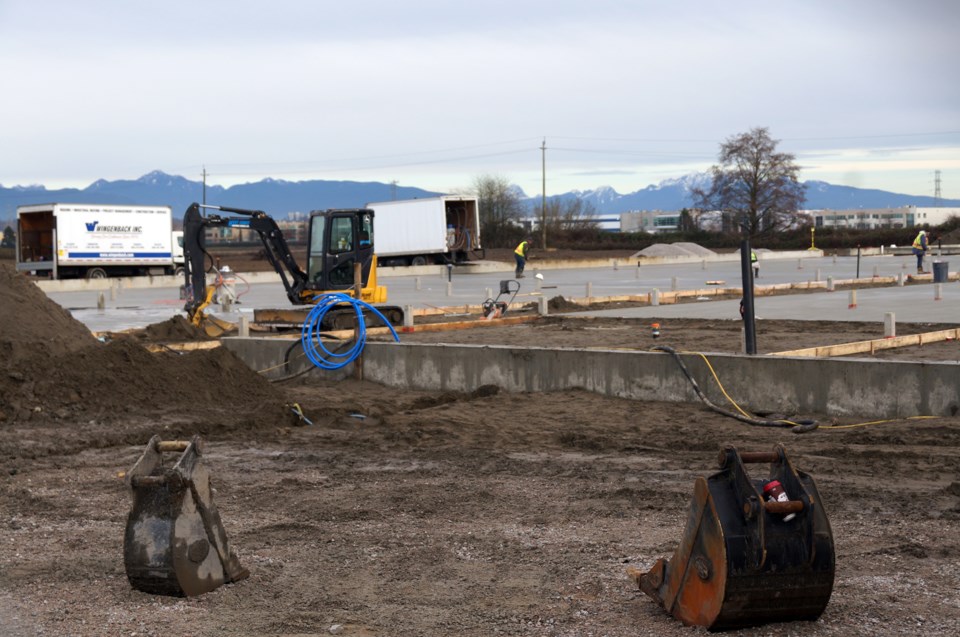 As it stands, a new warehouse being built on farmland on No. 9 Road is for vegetables. But it could convert to marijuana production.

Coun. Linda McPhail says it’s news to her to hear that a prominent medical marijuana firm is making a play in Richmond to build a 500,000-square-foot cultivation space by the end of the year.

At issue for McPhail is not just the size of the buildings being constructed on farmland, but also matters of security.

Council has already tentatively approved a medical marijuana facility on No. 6 Road and its stated policy is to only allow one such facility in Richmond. Council also wants to keep production facilities off farmland and on industrial sites.

“It is imperative that the City has the authority to implement operating standards (such as ventilation, noise, etc.) and compliance with locational criteria through land-use, zoning and business licencing bylaws,” stated a recent letter from the city to senior governments.

According to a Nov. 28 statement from Emerald, a licensed producer, an application “for its new Richmond, B.C. greenhouse facility under Access to Cannabis for Medical Purpose Regulations has met the requirements of the paper-based review of Health Canada’s Office of Medical Cannabis.”

According to a source working in the medical marijuana industry, Emerald’s ownership group also owns a property at 6980 No. 9 Road. This property was issued a building permit in July for a “warehouse,” which the City of Richmond was informed is for vegetables. Now, an expansive concrete facility is under construction at the location.

Emerald did not respond to Richmond News inquiries.

Its November news release claims there are plans to have “over 500,000 square feet of cultivation space built at this site by year end.”

Meanwhile, another company has applied to the city to convert and expand a horse stable on Garden City Road to medical marijuana production.

Coun. Harold Steves is one of the more vocal opponents of marijuana production on farmland and believes Emerald likely has the same intentions on No. 9 Road.

“The big problem is destroying the land with large concrete structures. Those operations can go in an industrial area. I’m not opposed to legalizing marijuana; I’m opposed to industrialization of farmland,” said Steves.

McPhail said if the landowner intends to switch from vegetables to marijuana, it should have to go through council. But Steves and McPhail said the provincial laws are unclear at the moment.

Steves said he doesn’t object to marijuana being grown on land granted the soil would not be destroyed. But once you build a concrete warehouse, or greenhouse, it’s game over, said Steves, who also opposes vegetable greenhouses on soil.

As well, he suspects the owner of the No. 9 Road property may be making a long-term pitch to convert the land from agricultural class-1 status to more valuable industrial status. This would fit Steves’ theory that landowners in the area intend to create a large industrial zone alongside Port of Vancouver lands.

“Basically, it’s the first step to industrializing of that area of farms,” said Steves. “Put a warehouse there. Cover the land in buildings and you’re on your way to industrial,” he said.