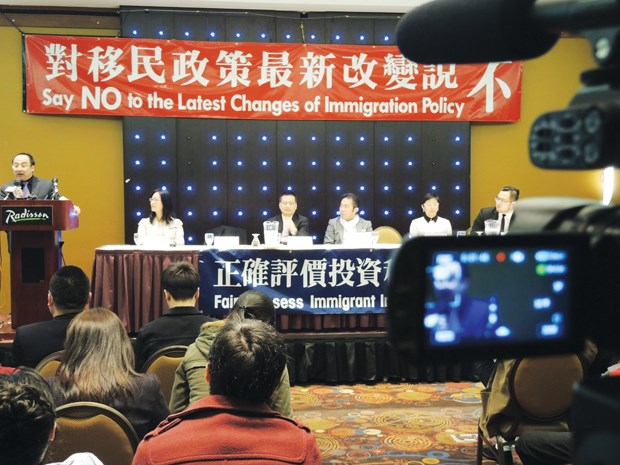 Richmond’s planning committee has asked city staff to “provide council with data related to overseas buyers of property in the city,” according to a referral.

However, the Richmond News has learned municipal data from Citizenship and Immigration Canada (CIC) on investor class immigrants — those who paid the federal government to enter Canada — is classified.

The News asked doctorate student Craig Jones at the University of B.C. Geography Department for the data he is using to research immigrant settlement in Metro Vancouver, but Jones said he is not allowed to release it, per an agreement with CIC.

“The terms of this access are fairly restrictive and we are free to publicly share only certain aspects of our work. Our access has a lot to do with a well-established relationship between CIC and the geography department at UBC,” said Jones, who works alongside Dr. David Ley, author of Millionaire Migrants, a book that examines the impact of wealthy migrants on the real estate market, among many other things.

The referral was made after Coun. Harold Steves raised the matter of how wealthy Chinese investors may have impacted local communities as contended in a newly published book, Middle Power Middle Kingdom, by David Mulroney, Canada’s former ambassador to China. Steves submitted a recent Vancouver Sun book review to the committee.

“An assertive China is challenging the balance of power in the Pacific, and it is more than willing to reach across borders, including Canada’s, to steal technologies and to confront challenges to its ideology,” notes the book’s introduction.

The problem for city planners and councillors, however, is proper data.

But Jones says the household survey — a voluntary survey that replaced the country’s mandatory long-form census in 2011 —  is unworthy of being a reliable source of data in which to form policies.

CIC has released data that notes about 60 per cent of investor immigrants were Chinese and roughly 5,000 settled in B.C. annually since 2004.

Mulroney claims that Canada is the focus of a Chinese government investigation to track down corrupt former Communist Party officials who have stashed wealth in the form of overseas real estate.

But he warns that a much-needed conversation on Chinese migration must be met with facts and not “urban myths,” wrote Mulroney, according to the Sun.

At the local level, vacant properties is thought to undermine a neighbourhood’s safety and sense of community. Richmond’s planning committee asked staff to see if the city could impose a vacancy tax on absentee homeowners.

While there are many anecdotes of vacant, newly built megahomes, a foreseeable problem for city staff will be how to determine what constitutes a vacant home.

“Ultimately, we don’t write immigration policy, we’re just the unfortunate victims of what’s happening with that. (Conservative MP) Alice Wong has been hands off right from the start,” she said.