Grannies against AIDS not for stopping at 10 years 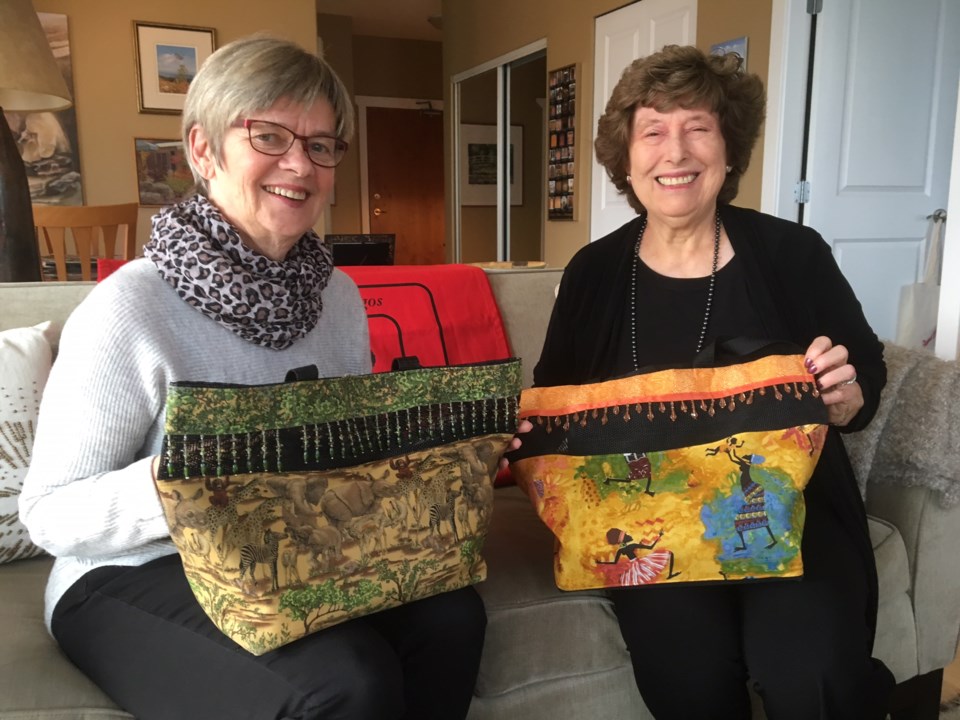 There should be no stopping the Richmond Gogos in the New Year as they mark their 10th anniversary in assisting the global AIDS pandemic, via the Stephen Lewis Foundation.

The Richmond-based Gogos chapter is one of close to 250 across Canada that participates in the Grandmothers to Grandmothers Campaign in the 15 sub-Saharan African countries most afflicted by AIDS.

Their job, explained founder Jean Way, is to empower older, African women, grandmothers who are referred to as “Gogos” in Zulu culture, who are raising their grandchildren because the parents — their adult children — have died of AIDS.

“That’s not a word used with this campaign. It’s a solidarity model, working with them, not giving to them. We hear from them what they need. We’re not saying you need water; you need a house; you need healthcare. We hear from them and they send a proposal to the Stephen Lewis Foundation.”

“It’s a huge job for the grandmothers to raise a generation, a generation later than they raised their own children.”

The foundation tends to focus on providing gogos with assistance in education and health care. It also endeavours to help them build community networks.

Friday marked the 10th World AIDS Day the Richmond Gogos participated in, here in Richmond. Presently, their goal is to recruit new members.

“We all got into this when we were in our sixties and now we’re in our seventies and things are happening in people’s lives,” said Way, whose son died of AIDS in 1990 at the age of 35.

“There may not be the energy as there used to so we’re looking for new people.”

“I just wanted to do anything I could to make that death not in vain,” she explained.

“When I heard about it, I certainly thought it was important,” said Levitt.

“I had heard of Stephen Lewis’ work and I certainly want to eradicate AIDS in someone’s lifetime, maybe not ours. And these grandmothers with grandchildren have such a job to do. We’re so fortunate, so I want to make a difference.”

Together and with about 40 other members, Levitt and Way participate in community events and hold marketplaces for fundraising. Right now, they’re selling handmade bags with African designs.

The money goes to a cause that remains as important as ever but one that has also lost some spark in the past decade.

“Some of the funding has been pulled away because they (the international community) don’t think it’s an important issue anymore; it’s gone way under the radar,” explained Way.

“They think now that there are drugs available — and the drugs mind you are only available to about half the people in Africa — that that solves all the problems.”

The World Health Organization estimates there are 36.7 million people living with HIV, the virus that causes AIDS. In 2016, one million people died from HIV-related causes.

Much like the current international state of fighting AIDS, Way and Levitt must find ways to keep the candle burning.

“When we’re at a fundraiser someone will always say, why are we raising money for elsewhere when so many people here are in need, and our answer is we can help everyone everywhere, it’s a global world,” said Levitt.

The Gogos are seeking new volunteers, of all ages and both male and female, at GreaterVanGogos.org.