Free English classes for newcomers to grow in Richmond 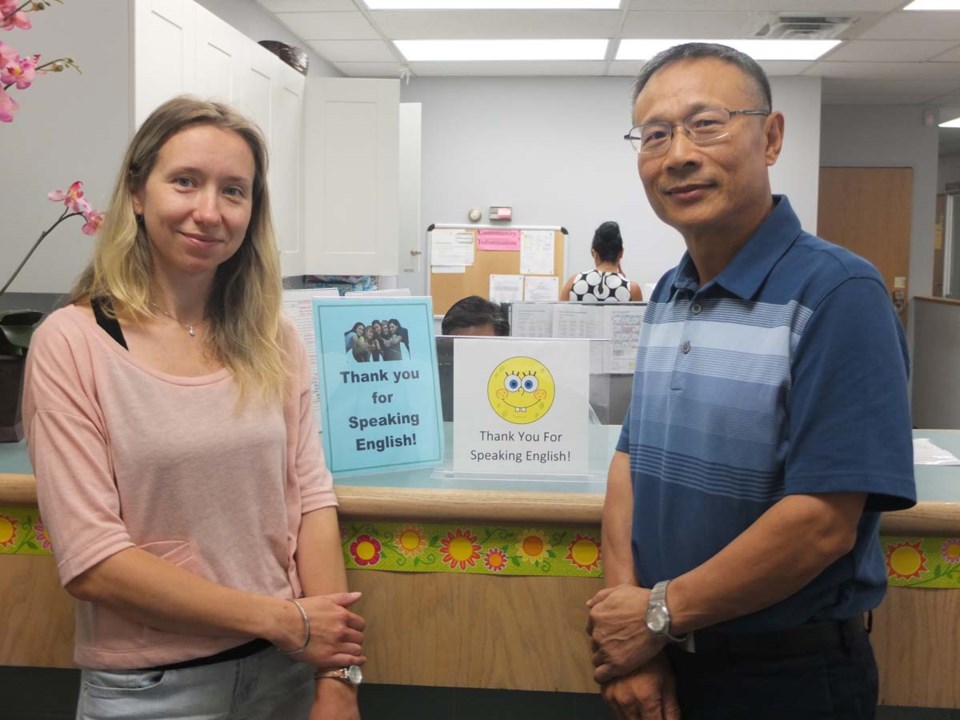 More government-funded English classes will be opened in Richmond to address the growing needs of English learners.

After receiving funding from the federal government, immigrant service S.U.C.C.E.S.S. will add 13 new classes to the 29 existing ones in Richmond, plus four new conversation circles .

The new capacity means an additional 200 students can be enrolled in English studies.

“We hope the added classes will reduce waiting times and provide opportunities for more immigrants to study English.”

Metro Vancouver has recently seen a large increase in the number of English program applicants.

The number of students on the waiting list in the Lower Mainland grew from an average of 500 to almost 2,000, and Richmond alone has over 500 applicants waiting to be enrolled.

The waiting time has also increased from the previous one to six months to up to nine months, according to Choo.

Ryan Drew, program director of the S.U.C.C.E.S.S. Immigrant Settlement and Integration Program, told the Richmond News that a lot of the demand comes from entry level and intermediate applicants.

“In the Richmond region, there are quite a number of students at Level 1 (beginner level) waiting list,” said Drew.

“(However) we do see the highest demand around Level 4, mostly because newcomers need to pass this level as proof of language for their citizenship application.”

Currently, 480 people are taking free English classes in the two language centres in Richmond, including Zhiqiang Qi, who got in an advanced English program last summer after moving from China.

“I never thought at the age of 60, I would have the chance to go back to the class and enhance my English,” Qi told the News.

“I appreciate every second I’m sitting in the class.”

Qi believes mastering English will improve the quality of life of new immigrants whatever circumstances they are in.

“No matter how many Chinese people are here in Richmond, English is the official language. Those who think English is not important are quite short-sighted,” Qi said.

However, learning English can be challenging, especially for aged immigrants and those who have to work at the same time.

“My memory is not as good as young people and I often find it difficult to memorize the words,” said Jumei Xu, a beginner-level student in her 70s.

“So I spend more time practicing and memorizing ­— more than two hours every day. Now I can communicate with people in the bank or supermarket.”

But some people don’t have the luxury of time. Drew said they often encounters students who want to register for a class but their work or day care conflicts with the schedules.

“Some people have to focus on earning an income or have very unpredictable work schedules. Committing to English classes may not be the best option at the time.

Student Natalia Polska is a mother of two from Ukraine. Her husband is working full-time to support the family while Polska is taking English training.

“I hope to go back to work after I finish my English studies, and maybe pursue a different career from the one I had in my home country.”

The school tries to address pressured circumstances by offering classes on Saturday combined with online courses.

Drew hopes the new classes will provide a bigger variety of schedules so that students who have to juggle both work and study can have more options.

In an ideal situation, it can take a student six months, doing four classes per week, to advance up to the next level.

The study is free until Level 8, which, according to Drew, is equivalent to the English level of an average Canadian.

But Drew noted that those showing no progress over time or failing to attend classes will be politely asked to give their seat to others and come back when ready.