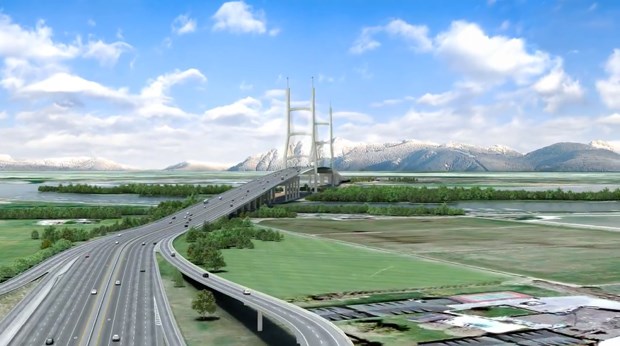 The City of Richmond has hit a dead-end trying convince the federal government to put the brakes on the George Massey Tunnel Replacement Project.

Mayor Malcolm Brodie last week received a letter from Minister of Environment and Climate Change Catherine McKenna informing Richmond the $3.5-billion bridge won’t be subject to a federal environmental panel review, something the city, as well as Metro Vancouver, had requested last year.

The minister informed the Richmond mayor that B.C. Ministry of Transportation and Infrastructure was not required to submit a project description to the Canadian Environmental Assessment Agency for consideration, something provincial Transportation Minister Todd Stone has maintained all along.

This flies in the face of Steveston-Richmond MP Joe Peschisolido’s pre-election pledge to strengthen the federal environmental review process, which he claimed had been watered down and weakened during former Prime Minister Stephen Harper’s reign. Peschisolido could not be reached for comment by press time.

Richmond Coun. Harold Steves, however, wasted no time hitting social media to voice his displeasure, saying there is absolutely no doubt a federal environmental assessment could have stopped the bridge, which is why the federal Liberals refused to undertake one, adding the Fraser River fishery is entirely under federal jurisdiction.

“The tunnel has to be removed to do so. Normally this would automatically trigger a federal environmental review, but Stephen Harper changed the rules to require a site-only review of the bridge superstructure. The Liberals promised to reinstate the federal EA process. They haven’t done it and instead have given approval,” said Steves.

“We elected Justin Trudeau because he promised real change. Many people voted strategically to get Harper out. Trudeau promised to get rid of the first past the post system so we wouldn’t have to do it again. He broke that promise, too. Now, it looks like people will have to get rid of the lyin’ Liberals,” he said.

Last summer, regional district mayors formally voiced their opposition to the bridge project, citing several concerns, including insufficient consideration of alternatives, lack of integration into the regional growth strategy and transportation network, and ecological disruption to the Fraser River estuary. Metro Vancouver board chair Gregg Moore at the time said a smaller bridge with more lanes dedicated to public transportation was preferable.