The Canada Emergency Response Benefit will provide workers with $2,000 a month for four months
Mar 25, 2020 8:48 AM By: Kirsten Clarke 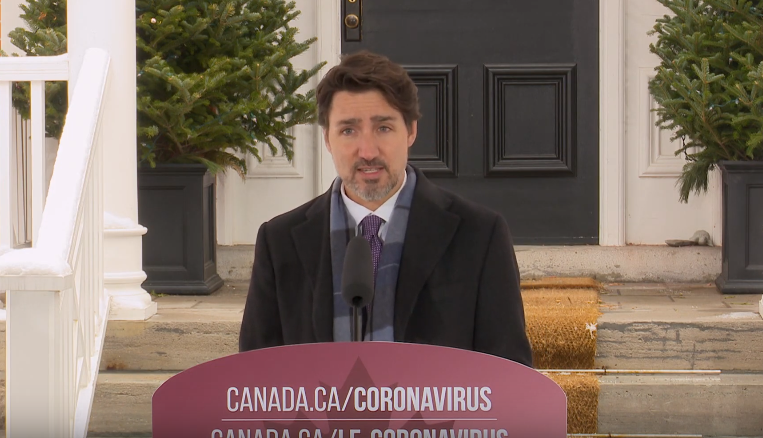 The federal government is streamlining the process for workers whose incomes have been disrupted by COVID-19, by repackaging two previously-announced financial benefits into one, Prime Minister Justin Trudeau announced Wednesday.

The new Canada Emergency Response Benefit will provide workers who have lost their incomes due to the coronavirus with $2,000 a month for four months, and will replace the two financial measures – the emergency care and emergency support benefits – announced last week, said Trudeau.

The benefits were combined in order to help streamline the process, he said.

“Like I said from the start, we will adapt our approach wherever needed.”

People who lost their jobs due to the coronavirus, and people who are sick, in quarantine, or looking after someone who is sick, will be eligible for the benefit, said Trudeau.

The benefit is also for those who may still be employed, but are not recieving income because of the COVID-19 crisis, and parents who are home without pay to look after their children who may be sick, or at home due to daycare and school closures.

People will be able to receive the benefit whether or not they are eligible for EI, according to the federal government, including wage earners, contract workers and self-employed individuals.

Those who are already receiving EI regular and sickness benefits as of Wednesday will continue to receive those, and should not apply to the new benefit. However, if those EI benefits end before Oct. 3, 2020, they could then apply to the new emergency benefit after the EI benefits cease, if they are unable to return to work due to the coronavirus.

Trudeau says the government is “hopeful” that the application portal for the benefit will be up and running by Apr. 6.

Once that portal launches, said Trudeau, people should start receiving money within 10 days of applying.

The federal government is also “rapidly deploying” workers from different departments to deal with the claims.

Nearly one million people applied for EI last week, and since last Monday, the government has processed 143,000 claims.

The government is looking at ways to help people bridge the gap between their last paycheck and the emergency response benefit, such as through credit, said Trudeau, as well as more direct help for businesses, such as examining models used in countries like Germany and Denmark.

"We're looking at ways to help people bridge, through credit or other measures, their ability to mae it to the arrival of the Canada Emergency Response Benefit," he said.

The package was initially $82-billion, but was increased as the new emergency response benefit will be open to more people and is more generous.

The government has budgeted $52 billion in direct support payments and $55 billion in tax deferrals.

It’s now up to Senate to approve the bill.