Friends and family of a missing Steveston secondary alumnus are crowdfunding to help find the man. Michael Gazetas, 51, has been missing since Friday morning from his home in the Courtenay area of Vancouver Island, without any contact.
Feb 4, 2020 4:54 PM By: Alan Campbell 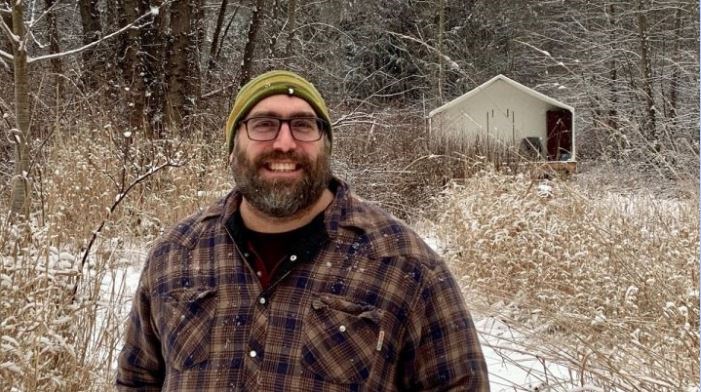 Friends and family of a missing Steveston secondary alumnus are crowdfunding to help find the man.

Michael Gazetas, 51, has been missing since Friday morning from his home in the Courtenay area of Vancouver Island, without any contact.

Gazetas - son of the late Mary Gazetas, a pillar of the Richmond community for decades - was last seen leaving his house during Friday’s heavy rainfall in his red Ford Ranger pickup truck, license HX 4109.

Due to his truck not being found, no official search is being made for him, so a GoFundMe page kicked off Monday to raise funds to hire an A Star search and rescue helicopter, which costs $1,800/hour and $350/hour for fuel.

Within a day, they managed to raise almost $34,000 of their initial $15,000 target and got a chopper into the skies yesterday.

However, Gazetas – who was wearing a green wool hat and a patterned red and blue wool poncho over a black shirt and vest – has yet to be found.

The woman who started the campaign, Sue Biely, said yesterday the more money they raise, the longer the helicopter can keep on looking for Gazetas.

His former music teacher at Steveston in the late 80s, Len Kay, reached out to the Richmond News in a bid to spread the word about the fund raising.

“He was a very keen music student of mine,” said Kay in an email to the News.

“It is now time for the community to give back to the Gazetas family. Although Mary (Gazetas) and her husband, Ari, have passed on, their children are in dire need of help.

“Their son, Mike, went missing this past Friday…(his family), along with Mike's friends from both the Comox Valley and the North Shore Search and Rescue are coordinating ground and air search teams.

“There is a theoretical possibility that he even may have come to the Lower Mainland, and Richmond in particular.”

According to Biely, Gazetas’ mobile phone is either off or the battery has died.

“Michael, or ‘Gaz’, often goes into natural areas and may have headed to the back roads around Courtenay, Comox Lake or Strathcona Park.

“Due to the lack of specifics on where he could be, the goal is to find his truck so a search and rescue area can be designated.

“Gaz is a beautiful teddy bear of a man who has been a generous friend and fan of many his whole life. We need to find that fella.”