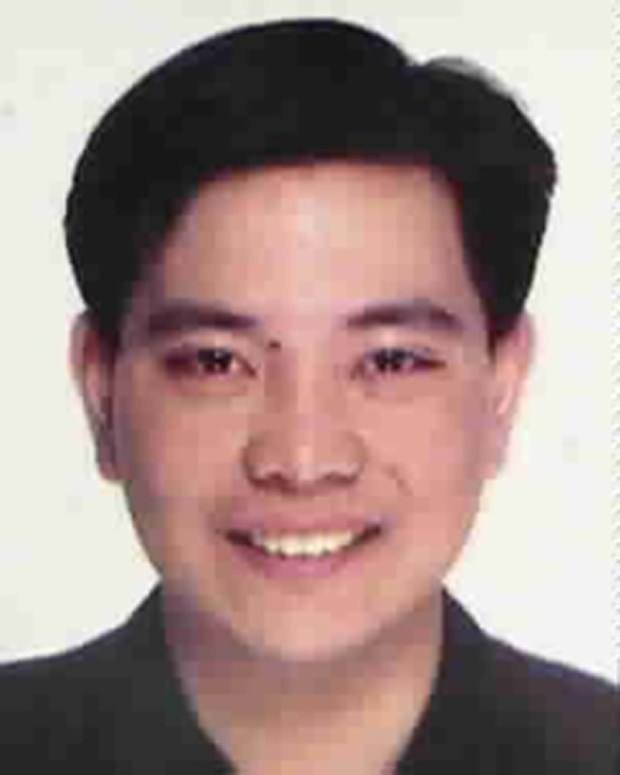 Seen here in an Interpol picture, real estate developer Michael Mo Yeung Ching, who is spearheading Richmond's International Trade Centre, says corruption charges against him by the Chinese government are based on the torture of alleged witnesses.

A Vancouver real estate developer involved with building Richmond’s International Trade Centre is on the Chinese government’s 100 most-wanted white collar fugitives list claimed in court documents that the charges against him are based on unfounded and false information gained through torture.

On April 23, the Chinese government published a list of people wanted for prosecution under Operation Sky Net, the next phase in the country’s burgeoning anti-graft campaign. Of the 100 most-wanted, 26 are believed to be in Canada.

Michael Mo Yeung Ching, who the Chinese government claims was formerly known as Cheng Muyang from Changzhou city in Jiangsu province, is wanted for misappropriation of public funds, embezzlement, transfer and concealment of illegally acquired goods, according to an April 2001 arrest warrant. He is accused of embezzling, along with an unnamed accomplice, CNY 3,700,000 (C$714,000) that was intended as payment for goods in June 1996. Chinese authorities also accuse him of taking advantage of his position as a director of a company to misappropriate CNY 4,500,000 (C$868,000) earlier in 1996.

Ching, a permanent resident of Canada since 1996, claimed he applied in 2001 and 2004 for citizenship, but “was kept in the dark with respect to his application” and withdrew his application in 2009. The court documents said he later found out that China Interpol issued a warrant for his arrest in 2001 “on completely unfounded and false charges of embezzlement” after gaining information by torture from Chinese nationals Fuyou Wang and Guoben Su, “who allegedly had real estate ‘business dealings’ with the plaintiff in China.” In July 2002, Ching’s filing said, Wang and Su were convicted and unlawfully imprisoned in China.

The statement of claim did not mention Ching’s alias, but the Nov. 14, 1969 birthdate matches the Interpol alert seeking the arrest of Cheng Muyang. Ching’s wife, Heung Kei Sung, and two daughters became Canadian citizens in 2004, according to the court documents.

A Nov. 23, 2001 document titled “Fugitive Wanted for Prosecution” lists Ching’s father as Ching (sic) Wei Gao and mother as Zhang Pei Wen. Cheng Wei Gao was the Communist Party boss in Hebei province and later Provincial People’s Congress chair, but expelled for corruption in 2003. A report from the state news agency Xinhua quoted by the South China Morning Post in August 2003 claimed the father arranged favours for the son.

The statement of claim said that Ching learned the Chinese Ministry of Public Security was in contact with the RCMP’s liaison officer in Beijing between 2001 and 2004 and that Chinese police wrote Dec. 22, 2004 to the RCMP, asking it to prevent Ching from acquiring Canadian citizenship.

Ching, who runs the Mo Yeung International Enterprise Group real estate development company in Richmond, did not respond for comment. His assistant, Amy Venhuizen, declined to put a reporter in direct contact with Ching. The MYIEGroup.com website displayed a “down for maintenance” message on April 28 and 29.

David Matas of Winnipeg is Ching’s lawyer in a Federal Court application for a judicial review filed last November. Matas cautioned that the anti-corruption campaign under Xi Jinping, China’s November 2012-appointed president, is more about Xi cementing his authority than bringing integrity to government.

“The Communist Party controls the country, it does it behind closed doors. The issue of choice around which the power struggle revolves is corruption,” Matas said. “There is no system of law, there are courts and there is legislation, but the party controls the courts and the legislature, and the courts don’t control the party. There is no way, other than this power struggle, of dealing with corruption issues.”

Matas also represented fugitive businessman Lai Changxing, who fled to Canada to avoid bribery charges but was returned to China in 2011 under the condition he be spared from the death penalty. Matas said the Canadian government tends to take allegations of corruption from the government of China “at face value, as if this is somehow real rather than a political pawn game.” Canada and China do not have an extradition treaty, but Canada’s ambassador to China, Guy Saint-Jacques, said late last year that the countries were close to a deal on returning people on the lam from corruption charges.

“I don’t know all these 100 cases, there may be some real scoundrels in them, but I view this stuff that’s coming out of China with a great deal of skepticism,” Matas said. “The whole notion of dealing with corruption behind closed doors, it’s antithetical to what the battle against corruption should be.”

Ching and his wife were listed as co-tenants of a house near West 51st and Oak in Vancouver’s Oakridge neighbourhood, now valued at $3.387 million. Since Dec. 3, 2014, only Sung’s name has appeared on the property registration. Daughter Linda Ching is the president of the Young Liberals of Canada in B.C.

Ching’s company, MYIE Group, is developing the International Trade Centre in Richmond and is a partner with Intracorp in the River Park Place real estate project near the Richmond Olympic Oval. According to Intracorp’s website: “Since 2002, MYIE has developed over 11 million square feet of real estate projects in Canada, United States and Asia, with a close specialization in high-end residential, commercial and retail projects. MYIE has continued its mission to diversify through various businesses from China.”

In December 2013, MYIE announced it acquired the Oceanfront Suites in Cowichan Bay, on Vancouver Island. Also in 2013, Ching bought 160 acres of property on Cortes Island, B.C., which includes a lavender farm. Earlier this year, Ching applied to the Strathcona Regional District to subdivide the land.