Criminal charges have now been sworn against a 42-year-old Richmond man in relation to the arson of two Masonic Halls in North Vancouver.
Apr 6, 2021 2:45 PM By: Brent Richter 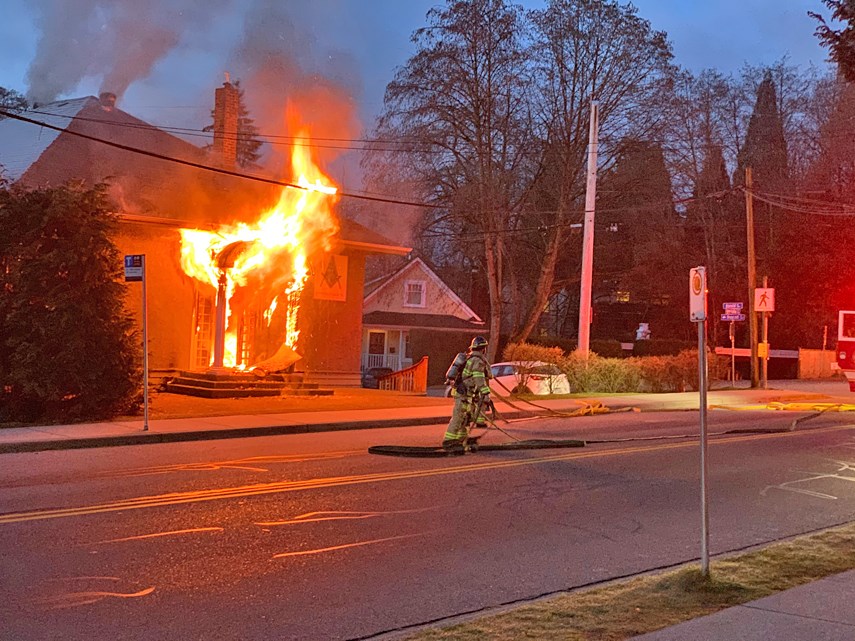 A Lynn Valley resident captured this photo of the Freemasons' Lynn Valley Lodge on fire on the morning of Tuesday, March 30.@B_radBraun via Twitter

This story has been amended to correct an error. The original version of the story stated the accused is a Vancouver resident. He is in fact a Richmond resident.

Criminal charges have now been sworn against a 42-year-old Richmond man in relation to the arson of two Masonic halls in North Vancouver.

During the early morning of March 30, the Masons’ Lynn Valley Lodge on Lynn Valley Road and Capilano Lodge on Lonsdale Avenue both went up in flames, followed shortly after by the Park Lodge Hall on Rupert Street in East Vancouver.

Here's what you need to know about Masons in B.C. and centuries of fear surrounding them
Mar 30, 2021 2:50 PM
Comments