COVID karaoke bar shut down by City of Richmond

The Deco Nova Lounge and Eatery, at the corner of No. 3 and Cambie roads, has been stripped of its operating licence
Feb 23, 2021 9:32 AM By: Alan Campbell 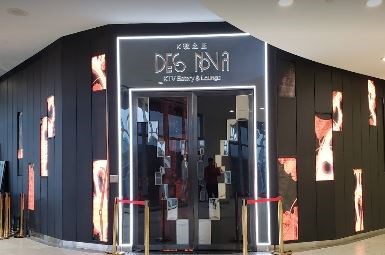 A Richmond karaoke bar that was busted by police for breaking COVID public health orders has been shut down by the city.

The Richmond News reported last week how Mounties pounced on the bar at Aberdeen Square — at the corner of No. 3 and Cambie roads — in the early hours of Feb. 13.

Inside, they found 34 people, including staff and one manager, violating the Provincial Protective Measures Order and fined each of them $230, with the manager being hit for $2,300.

However, the News has learned that the city has subsequently stripped the Deco Nova Lounge and Eatery of its operating licence for two weeks for “continued non-compliance with public health orders.”

According to the city, prior to the police incident, the bar had previously been warned by several agencies with regard to its failure to adhere to the orders.

The suspension, said city spokesperson Clay Adams, was issued by the chief licence inspector, following instructions from city council to immediately suspend any business found to be in ongoing non-compliance with the health orders.

“While the city always tries to educate businesses and others who may violate health orders, repeated infractions and disregard for the orders will not be tolerated,” Adams told the News.

“Continued non-compliance by Deco Nova Lounge and Eatery will result in a further suspension plus ticketing and prosecution in provincial court.”

In addition to suspending its business licence, the city has also notified WorkSafeBC and Vancouver Coastal Health about the bar’s non-compliance.

Anyone with information on similar events being organized in Richmond or witness other parties or gatherings is asked to call the Richmond RCMP at 604-278-1212 or anonymously at 1-800-222-8477.