Coronavirus: B.C. cases up another seven to 46 on Wednesday 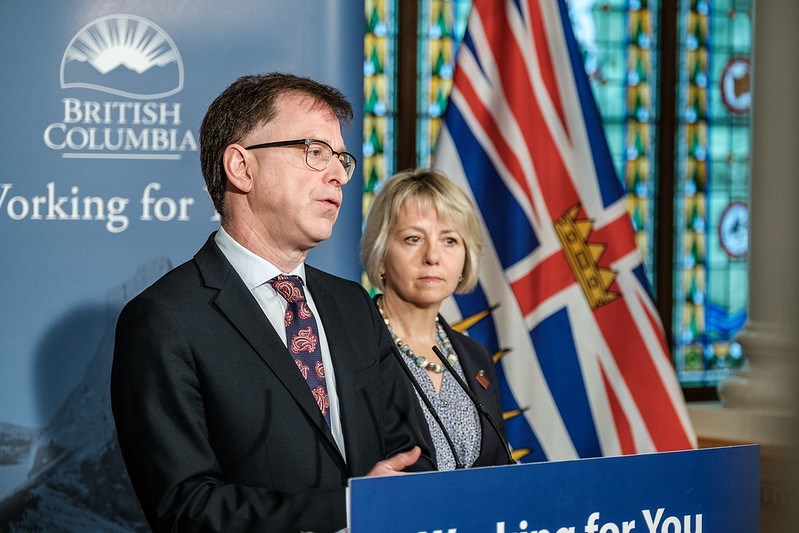 Another seven cases of coronavirus (COVID-19) have been revealed in B.C. on Wednesday afternoon.

Two of them are health care workers from the infected Lynn Valley Care Centre in North Vancouver, where an elderly man in his 80s — with underlying health conditions — died on Sunday night.

Dr. Bonnie Henry, B.C.'s top medical health officer, said the workers were a male in his 20s, who lives in the Vancouver Coastal Health Region (VCH) and a woman in her 50s, from the Fraser Health region.

Both, said Henry, are at home and in isolation.

Three others among Wednesday's new cases are returning travellers from Egypt, including man in his 70s.

One more of the new cases is a man in his 60s, who was in the same group in Egypt, lives in the Island Health region on Vancouver Island.

"This is not forever, but for the coming weeks, we need to step up our social distancing," said Henry.

"Look at taking measures to keep away from others (if you're feeling sick)."

Henry said the man in his 90s, who was in hospital, has improved and is now at home.

B.C. reported 7 new cases of the coronavirus on Tuesday.

Two of those cases were health care workers at the Lynn Valley Care Centre in North Vancouver, Henry announced Tuesday.

Both remain in isolation at home.

There are now eight cases in B.C. linked to the care centre, including one man in his 80s, who died Sunday night.

On Wednesday, the World Health Organization declared COVID-19 — which has infected 125,810 people across 122 countries, killing 4,607 — a pandemic.

Most cases are in China, where the disease originated, but has since spread rapidly to countries across the world.

Of the reported cases, 65,110 have fully recovered.