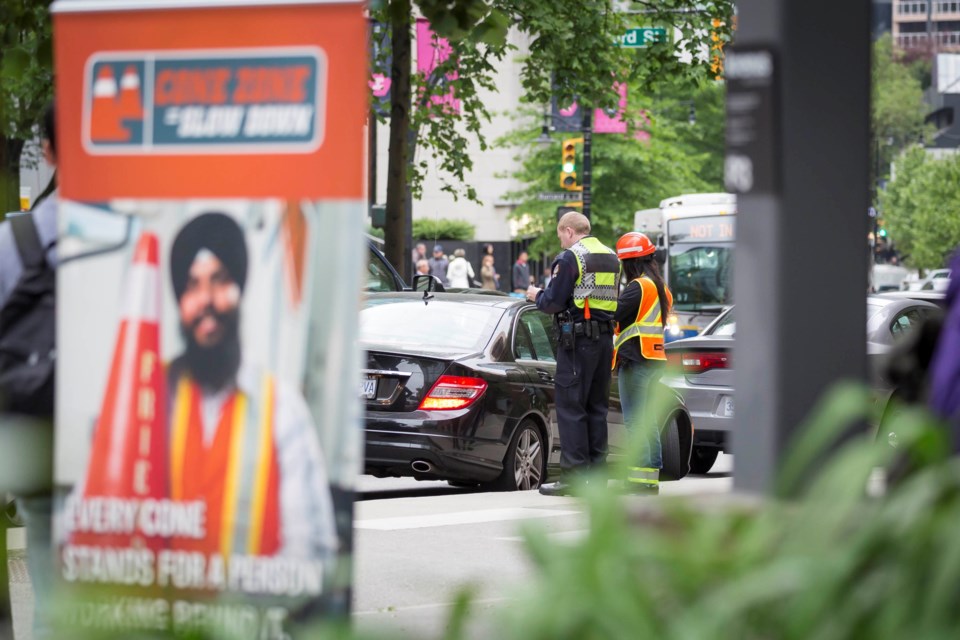 One, and 19 – that’s how many roadside workers in B.C. were killed and injured last year, respectively, after being hit by a vehicle.

Risks to workers typically increase during summer months, with more road work as well as more traffic. And this year, roads are expected to be even busier as British Columbians travel within the province due to COVID-19.

The annual Cone Zone campaign, named for the work areas set up by workers to protect themselves and other road users, aims at raising awareness about the dangers that workers face.

This year, the RCMP Lower Mainland District Integrated Road Safety Unit has partnered with the Work Zone Safety Alliance and WorksSafeBC for the campaign, now in its 10th year.

The campaign will feature a traffic enforcement blitz at roadside work zones, and tickets will be issued for violations such as speeding, disobeying a flag person or using an electronic device while driving.

“Too often, people don’t slow down when they come to a cone zone. You must slow down because speeding endangers the lives of those who work in traffic, including first responders, road maintenance workers or tow truck drivers,” said B.C. Minister of Labour Harry Bains.

“When you see a cone zone, slow down and help ensure those workers can return home to their families and loved ones.”

Last month, Richmond RCMP netted 23 speeders during a traffic operation, conducted in a construction zone along Highway 99 between Steveston and Westminster highways.

Major B.C. projects scheduled or underway during summer 2020 include: