City told Minoru pool's massage clinic it was only seeking Asian holistic and dietician services for new pool
Aug 4, 2018 9:30 AM By: Graeme Wood 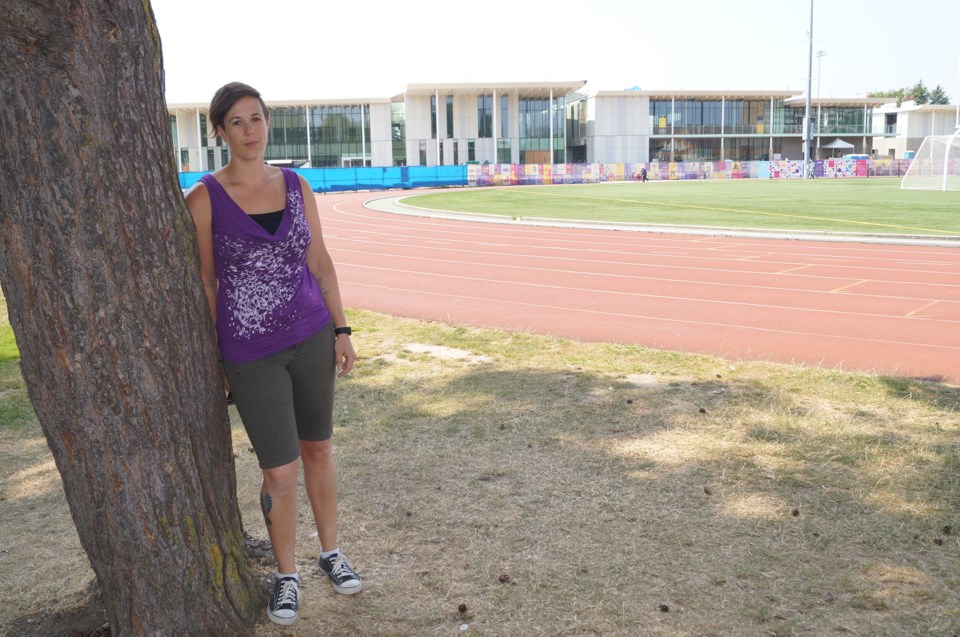 Restoring Balance Massage Therapy – Minoru (formerly “Minoru Massage”) owner and RMT, 35-year-old Jackie Slomba said her business was left out of an EOI. The city sought Asian paramedical services and dieticians instead for its new pool (behind Slomba).

A massage therapy clinic at Minoru pool that has served Richmond residents for over three decades will not be relocated to the new Minoru Centre for Active Living.

Instead, the City of Richmond, last year, put out an Expression of Interest (EOI) “to provide paramedical services such as those found in traditional Asian and holistic medicines, dietitian services and other related services” and informed service providers it was “not seeking EOI's for the provision of physiotherapy (physio), massage or chiropractic services.”

Restoring Balance Massage Therapy – Minoru (formerly “Minoru Massage”) owner and RMT, 35-year-old Jackie Slomba, described to the Richmond News how she feels city officials flip-flopped on her business, eventually deciding to bar such services from the new pool, slated to open this fall after a roughly 16 month delay.

“This has been a huge blow to us, and our thousands of clients that have enjoyed the perks of the space with us working within a city building,” said Slomba, who grew up in Richmond.

Slomba said the clinic was initially informed by the city that the new pool would have space for it.

“But late in 2017 the city decided we were no longer welcome,” said Slomba, via email, referring to the EOI on the BC Bid website.

City spokesperson Ted Townsend told the News an EOI is not the only avenue for seeking paramedical services “so it does not necessarily reflect the anticipated final variety of services that will be available.”

Townsend added the EOI “is not a binding process.”

But that response was of little comfort to Slomba, who had to move the clinic with time ticking on the imminent closure of the existing pool.

As of this month the clinic relocated to the Richmond Health Sciences Centre at 6091 Gilbert Road.

Slomba also questioned what other avenues the city has taken, if not EOI, which she believed to be the go-to process as it eliminates backroom deals.

“We may also enter into discussions independently with other potential partners that we are aware of or who have approached us,” explained Townsend via email.

“Again, we are in the process of finalizing agreements with prospective service providers so have nothing further to add until that process is concluded,” he added.

“When I purchased the business I had a meeting with the city where I specifically asked about the new location, because back then we already knew the building was going to be rebuilt. I was told that anyone currently renting from the city would get first priority to choose if they wanted to go into the new facility. Unfortunately for me, I did not have this in writing but only a verbal agreement, which they back tracked on a few years later. Had I known that, I would have not purchased the business. No point in buying something that has a 5 year life span only for me to have to rebuild it from the bottom up again,” she said.

“It’s just a shame that after so long they won’t have the services available to the public like they have in Watermania, or the Oval,” said Slomba.