The traffic video cameras will only come online over the next few weeks as the city sets up signage indicating that they are operating
Apr 29, 2021 5:00 PM By: Kirsten Clarke 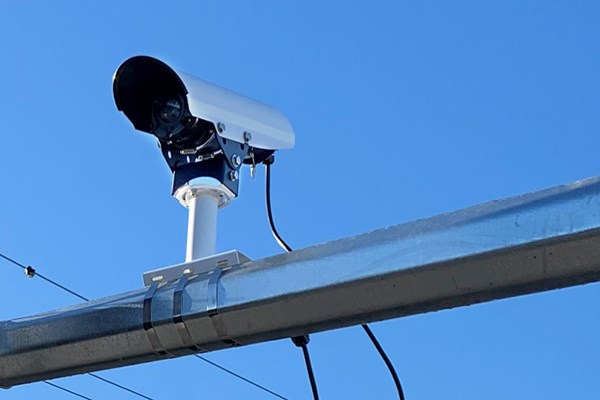 Traffic video cameras have been installed at 110 intersections in Richmond.City of Richmond photo

New traffic cameras have been installed at more than half of Richmond’s intersections, but video footage that identifies facial or license plate data won’t be collected.

The cameras will also not be used for “generic surveillance or operation,” according to the City of Richmond, which said in a statement that it has been working with the Office of the Information and Privacy Commissioner to make sure the cameras comply with privacy regulations.

The closed circuit TV (CCTV) cameras are intended to help with traffic control and mitigate congestion.

The cameras, which were installed on Wednesday, will come online gradually over the coming weeks, as signs indicating the cameras are operating are set up and visible to the public.

“By providing the city with more accurate data, traffic planning to increase safety and potentially mitigate vehicle congestion will increase,” he said in a statement. “The cameras will also enhance community safety as camera footage will be available for up to 30 days, to assist in vehicle-related incidents.”

Last spring, Meghan McDermott, a staff lawyer with the B.C. Civil Liberties Association (BCCLA) told the Richmond News that the issue of privacy in a public place is not black and white. However, various court decisions have shown that the public is allowed a certain level of anonymity even while in public.

McDermott said at the time that if faces and license plates weren’t blurred out from traffic camera data, the information could be used maliciously or just for general state surveillance.

“A lot of people live in the very frightening context of having a stalker or an abusive ex, somebody who would go to great lengths to figure out where they are and if they’re with other people,” McDermott told the News.

For others, the cameras could offend their “sense of who they are in the world,” just by knowing they are being recorded and that the state has access to that footage, she added.

The privacy commissioner also recommended last year that the data be handled by the city rather than Richmond RCMP, unless there is an emergency such as an abduction.

Businesses and the public can apply to purchase video footage from the cameras within 20 days of the recording date, to help with legal or other matters, such as evidence of collisions, according to the city.

After 30 days, the footage will be purged and won’t be available.

The cost of the video footage will be $375, plus GST and a service charge per request. Applications can be made online through the city’s MyRichmond portal.