Pensioners playing for small stakes at Minoru Place are forced to take their fun elsewhere after City of Richmond crackdown on gambling
Apr 18, 2017 4:03 PM By: Alan Campbell 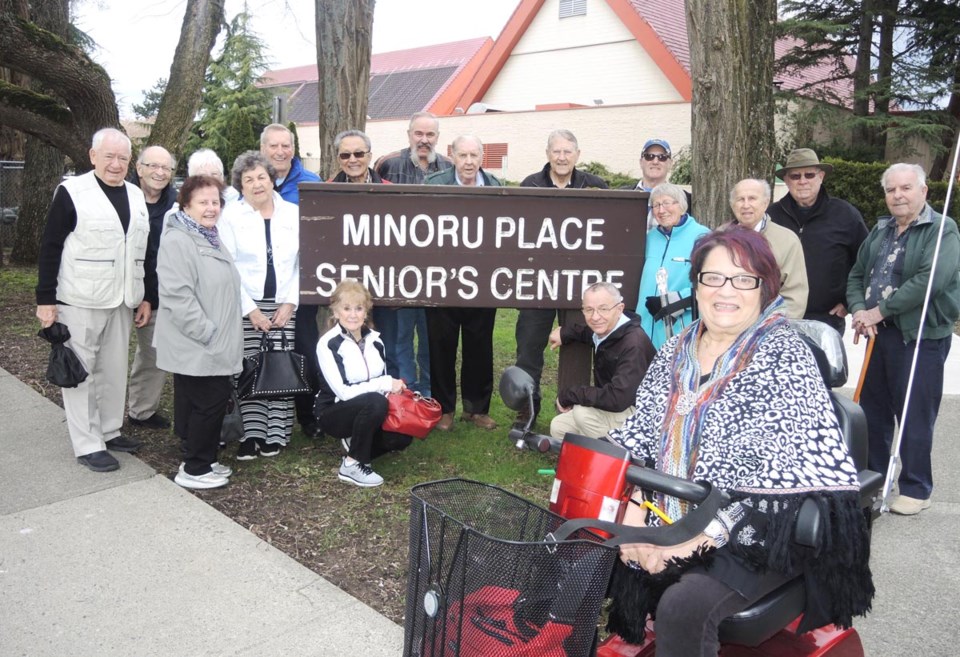 Dozens of seniors who played card games for small stakes at Minoru Place have been forced to find an alternative venue, after a City of Richmond clampdown.Alan Campbell/Richmond News

Dozens of card game-loving seniors are being forced to take their fun behind closed doors after a City of Richmond clampdown on illegal gambling.

Groups of men and women playing cribbage for a dollar, bridge for a toonie and poker for 10 cents a chip at Minoru Place Seniors Centre have all but been shut down by the popular facility’s management.

In a letter to the Richmond News last week, Kathleen Holmes, president of Minoru Seniors Society — which helps run the city-owned centre — said the Provincial Gaming Policy and Enforcement Branch has confirmed that card-playing activities involving the exchange of money, no matter how small, are considered gaming and is, therefore, unlawful.

However, members of the centre’s long-running, 40-strong, Texas hold’em poker circle — one of whom is 95-years-old — gathered outside of the facility on Monday to voice their anger over to the no-gambling crackdown.

“This group has been going in there for about 10 years, three times a week on a Tuesday, Thursday and Sunday, betting 10 flippin’ cents a chip,” fumed Marilyn Berger, 70, who joined the group about five years ago.

“Each game lasts for about three hours. It usually costs me about $2 for a wonderful afternoon of fun and friendship.

“They’ve known fine well for years what we and all these other groups of seniors do and nobody ever said anything.”

A few months ago, explained Berger, there was a particular “troublemaking” player who lost his temper and stormed off to the front desk to complain about something.

“So, (the management) started to look at us,” she said. “They didn’t care the 10 years before then.

“We got a letter about two months ago, and it became apparent there was a problem. They told us we could keep playing, but not for money.

“But what’s the point of playing poker when there’s no money involved?”

Berger said some of the group have been going to a private residence to keep the poker circle going, but it’s not nearly as much fun and decidedly “less convenient.”

“We had Christmas parties and a summer barbecue; we became a very close group,” she added.

One of Berger’s fellow poker players, Charles McLaughlin, 81, said the Texas hold’em group does more for seniors than giving them the chance to play cards for pocket change.

“People come here to get out of the house,” said McLaughlin.

“By stopping this, they have virtually sent people back to their homes to hibernate.”

Outside of the poker circle, dozens more seniors, who played whist, cribbage and bridge for small stakes, have been forced to find new ways to stay entertained.

And the poker players say small groups at the centre playing the Asian, tile-based game mah-jong have been overlooked by the fresh crackdown.

“Do you think these guys are not playing for money? Of course they are. They’re just settling up in the parking lot. But no one is saying anything to them,” said Berger.

Another member of the poker group, Axel Froese, said, for many of the seniors, it was their only fun activity of the week.

“They say we are gambling and they can’t condone it; but it was OK for 10 years. Why?” asked Froese.

To add insult to injury, poker-playing Harry Walters, 88 — a former Vancouver police officer, who also worked for the provincial government as a gaming inspector — said he’s looked into the rules for gambling and claims what the seniors are doing is not illegal.

“The only time it becomes illegal is when the house, for example, makes some money out of the game,” he said.

Seniors society president Holmes said on Tuesday that a solution may involve playing for points with a prize at the end of it.

“We’re looking into that right now,” she told the News, adding that they’re trying to ascertain if that would breach the provincial guidelines for gambling.

“We certainly don’t want to be heavy-handed with the seniors, but we have the needs of more than 2,200 members to balance here.

“And many of the groups, who are still coming here (to play card games) without gambling, thanked us (for cracking down).”

City of Richmond spokesman Ted Townsend told the News on Tuesday that a complaint lodged late last year forced the city to, once more, investigate.

Townsend said it wasn’t the first time the groups in question had been warned about their gambling and, in February, the centre’s policy on gambling was refreshed and made crystal clear to all concerned.

“We’re not saying they can’t play poker or whatever…but it can’t be for money,” he added. “We are trying to offer a range of activities that enhances the life of the seniors, but we have a responsibility to abide by the law.”