Campers are homes, too: Richmond nomad 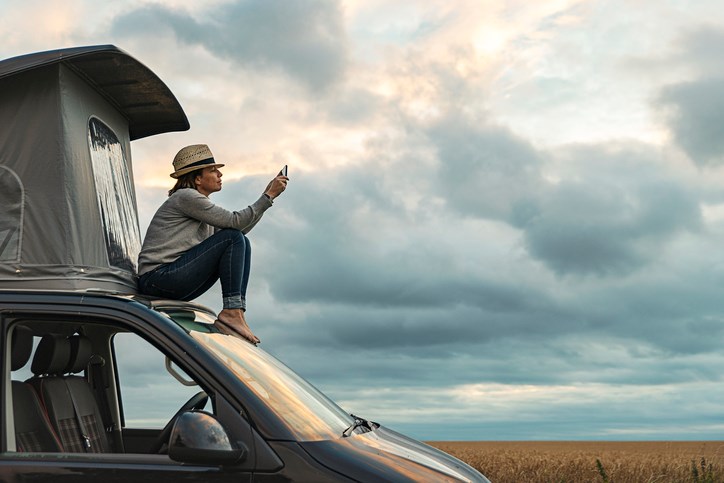 Some people choose to live in camper vans as "nomads."Justin Paget/Getty Images

A Richmond resident is concerned about a camper that seems to be using Scotch Pond as a campsite.

The large green camper has been seen near Scotch Pond in Garry Point Park and other areas of Steveston, Gloria Gausboel explained to the Richmond News, adding she has reported it to the city.

Gausboel is concerned having one regular camper in the area will attract more.

“Once it starts, you get more and more people,” Gausboel said.

Furthermore, there are no bathrooms at Scotch Pond.

Although there are bathrooms at Garry Point Park, Gausboel thinks people in campers use the bushes, which is accessed by kids, dogs and parents pushing strollers.

However, one woman who lives in a camper van herself, takes issue with the accusation that people living in campers are using the bushes as toilets, noting that campers have toilets.

Furthermore, she pointed out, if there are no signs, campers are allowed to park for three days.

The woman, who didn’t want her name used for employment reasons, calls herself a “Richmond full-time nomad.”

She also said people living in campers shouldn’t be thought of as homeless, because, in fact, a camper, is a home.

They have beds, heat and kitchens; the only difference from a house is that they’re on wheels, she added.

She added that she, like other nomads, work, pay taxes, are “respectful of other citizens” and just want to live quietly in Richmond.

Humans have been nomadic for thousands of years, but, because of agriculture and industrialization, they have become sedentary, she explained.

“Now technology allows us to choose that lifestyle again, and I never regret I made that choice,” she added.

In October 2018, the Richmond News did a story on a 38-year-old Langara College student from Kimberly who was living in his camper van near the river around Steveston.

When he realized there had been complaints about him, he approached the Richmond News to assure people they had nothing to fear.

“I would just like people to give me the benefit of the doubt, I guess,” Luke Navrot said at the time.

“Maybe go up and say ‘hi,’ see what they’re up to. I’m hoping that, if people see this story, they may be less inclined to complain. I’m no threat, that’s for sure.

Once the story was published many sympathetic News readers came forward with offers of vacant lots and parking spaces for Navrot to park his camper, until he graduated the following spring.

Gausboel, however, said she’s concerned about seeing what happened at Strathcona Park in Vancouver, where almost the entire park was taken over by people living in tents and other temporary structures, would happen in Richmond.

Richmond city spokesperson Clay Adams said the city is aware of a small number of RVs camping in the area and they are installing “updated signage” about parking regulations.

City staff is also going out to Scotch Pond to remind RV campers that they aren’t allowed to park there.

However, Gausboel said she doesn’t feel the City of Richmond is dealing with the situation in an “expedient manner.”