Almost 13,000 people refused entry to Canada from U.S. during pandemic

Nearly 13,000 travellers have been denied entry to Canada from the U.S. since border restrictions were put in place in March.
Aug 1, 2020 2:00 PM By: Kirsten Clarke 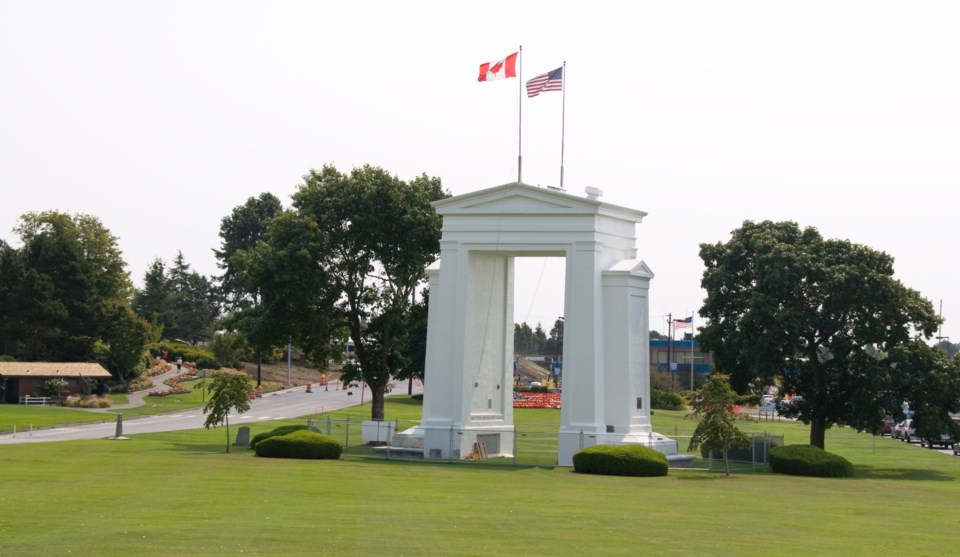 Nearly 13,000 travellers have been denied entry to Canada from the U.S. since border restrictions were put in place in March, according to the Canada Border Services Agency. Shown here: the Peace Arch border crossing.Getty Images

Nearly 13,000 travellers have been denied entry to Canada from the U.S. since border restrictions were put in place in March.

Between March 22 and July 22, a total of 12,997 foreign nationals were not allowed to enter Canada, as their travel was deemed non-essential, according to data requested by the Richmond News from the Canada Border Services Agency (CBSA).

Some reasons given for those travellers being turned away, according to CBSA, include tourism/sightseeing, recreation and non-essential shopping.

However, more than half of the U.S. citizens in question were refused entry for reasons unspecified by the CBSA.

Many of those denied entry were travelling by land, rail or marine transport, although some were arriving to Canada via air.

The remaining 1,676 travellers denied entry at the border were citizens of other countries who were coming via the U.S.

Meanwhile, another 277 travellers arriving in Canada directly from other countries, were denied as they “did not meet the respective standards of entry,” according to CBSA.

A spokesperson for CBSA said the agency was not able to provide provincial or regional data.

The agency announced earlier this week that it is now cracking down on the so-called “Alaska loophole,” through which Americans are reportedly entering Canada under the guise of travelling to Alaska, in order to visit and vacation in B.C.

“Stricter rules and additional entry conditions will be imposed on travellers transiting through Canada to Alaska for a non-discretionary purpose,” reads a CBSA press release.

“These measures are put in place to further reduce the risk of introduction of COVID-19 cases and to minimize the amount of time that in-transit travellers are in Canada.”

Under the new rules, in-transit foreign nationals can only enter the country through five designated border crossings in Western Canada.

These crossings are Abbotsford-Huntington, Kingsgate and Osoyoos, all in B.C., as well as Coutts in Alberta and North Portal in Saskatchewan.

Travellers who show up at other border points will be refused entry.

Each traveller will be allowed a “reasonable period of stay” to complete their journey to Alaska, but will be required to take “the most direct route” there, and must avoid all national parks, leisure sites and tourism activities, and will need to report to CBSA officers when they leave the country.

Drivers will also be given a tag for their vehicle, “to support compliance,” which will be attached to their rear view mirror for the duration of their trip, reads the press release.

The tag will make clear they are transiting through Canada and will include the date by which they must leave the country.