6 more cases of coronavirus in B.C., including 2 in care home 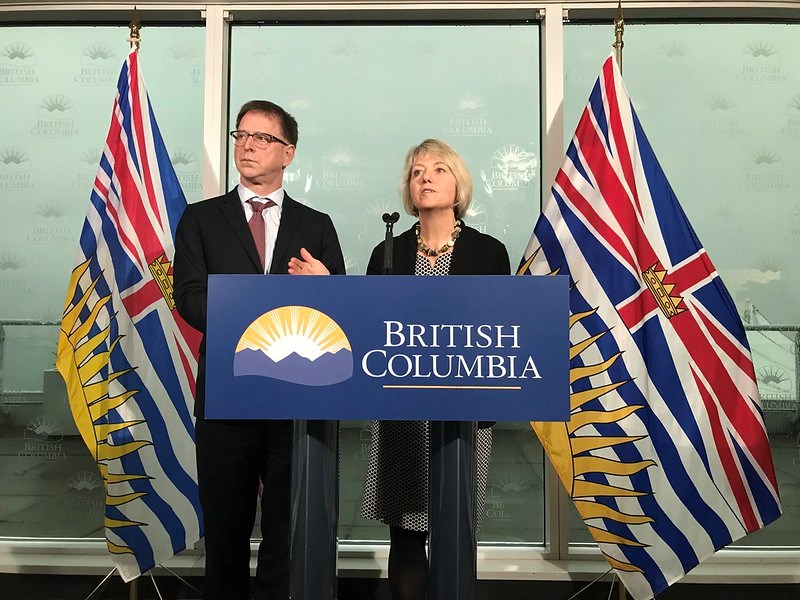 Six new cases of the novel coronavirus have been identified in B.C., two of which are residents of a long-term care facility on the North Shore.

The two patients are residents of the Lynn Valley Care Centre, and were identified as part of the health authority's investigation into the previously-announced patient who contracted the virus (COVID-19) in the community.

"This is one of the scenarios that we have been, of course, most concerned about," said Henry.

"We know the risk for elderly people having this disease is very concerning and that they are more likely to have more severe disease, particularly older people with underlying chronic illnesses, and we know that is the case with many people in our care homes."

Because two residents have tested positive, the care home is now in an outbreak, said Henry, and is under outbreak protocol.

This includes restricting visitors, limiting residents' contact with each other and monitoring the health of residents, staff and family members.

Another two of the six new cases are both linked to Iran, said Henry, and reside in the Fraser Health Region.

One is a man in his 50s who recently returned from travel to Iran, while the other case, a woman in her 50s, is a close household contact of the man.

The final two new cases are in hospital in stable condition in the Fraser Health Region, where they live. The pair, a man and a woman in their 60s, were aboard the Grand Princess cruise ship from Feb. 11 to 21.

Health Minister Adrian Dix, also at Saturday's announcement, said that the pair tested positive for the virus at the end of period where you would normally expect to see symptoms.

Both Alberta and Ontario also have confirmed cases linked to that cruise.

"We are by no means near the end of this," said Henry. "We have seen the progression around the world, we've seen what happens in other communities, and we are preparing as best we can for that."

The health care worker, who likely contracted the illness in the community, was one of the eight cases announced Thursday.

Henry struggled to hold back tears as she urged people to consider avoiding large gatherings, as there has exposure to the coronavirus at community events.

"At this time I'm asking people to consider having virtual gatherings, to consider not coming together, particularly if you have people in your gathering who are elderly," said Henry, before pausing for several seconds to regain her composure.

"If you are going to get together, let's look at refraining from our usual greeting. Now's the time to put some distance between us to keep our germs to ourselves."

Henry again held back tears as she recalled her past experiences with the SARS, Ebola and H1N1 outbreaks, and the toll such outbreaks can have on health care workers and communities.

In particular, both Henry and Dix urged people to avoid or limit interactions religious gatherings, where there has been "notable transmission" of the coronavirus.

"Those who are considering going on cruises, who have bought tickets on cruises, need to very seriously consider their position," he said.

"And if you're asking my advice, I say don't go, with respect, of course, to the situation."

Four of B.C.’s cases have recovered from the coronavirus and are out of isolation, while one – case 13, a woman in her 80s – remains in the intensive care unit at Vancouver General Hospital. She contracted the disease while travelling in India and Hong Kong.

There has also been one case imported from Seattle, a patient who is visiting family in the Fraser Health Region, while 15 cases are linked to Iran and and five to China.

On Friday, Dix, Henry and B.C. Premier John Horgan announced the province's plans to ramp up its response to COVID-19.

The plan includes four new COVID-19 testing sites, as well as focus on delaying and containing the spread of the coronavirus.

Phase two of the plan would escalate the government's response to directing resources in the event of a widespread outbreak, and prepares for the use of emergency powers.

As of Saturday, Canada has 60 cases of COVID-19. Apart from B.C., there are 28 cases in Ontario, three in Quebec and two in Alberta.

Globally, there are 105,938 cases and 3,569 deaths as of Saturday. Italy, Iran and South Korea have reported the highest number of COVID-19 cases outside of China.