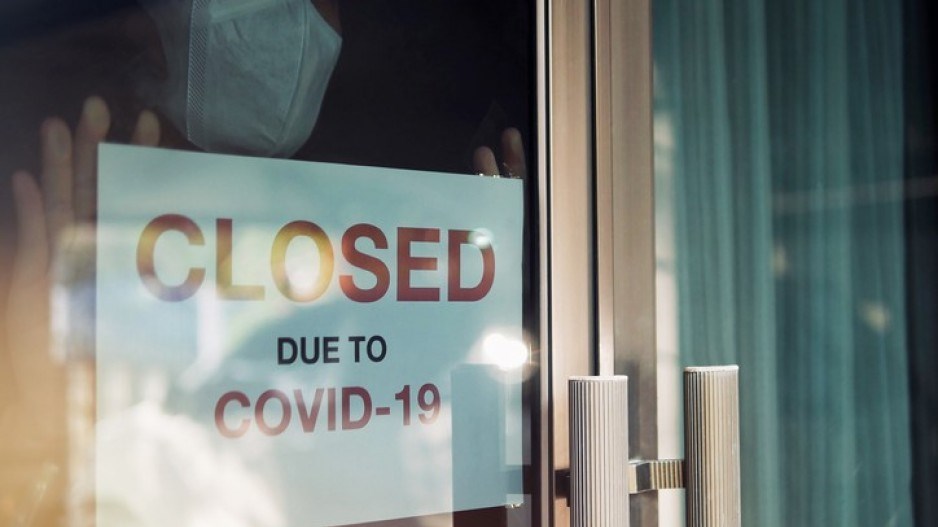 Lockdown measures at the outset of the COVID-19 crisis appear to have shuttered Metro Vancouver businesses at nearly double the rate recorded a year earlier, according to Statistics Canada.

Data from the national statistics agency does not delineate between temporary and permanent closures.

But the figures mark months when much of the provincial economy was still in lockdown mode for all but essential services.

Like Metro Vancouver, the rate of business closures year over year nearly doubled across the province at the outset of the pandemic (13,480 vs. 25,562).

Eleven out of 20 food or retail businesses had an online presence, while only about one-third of those businesses could accommodate online orders.

“During lockdown, restaurants, cafes and food shops laid off staff and generally operated with minimal resources to provide take-out and delivery options. Most have reopened, but the BIA [business improvement association] predicts that those that have not added online service options will be challenged over the long term,” the report states.

“The coworking space and professional services businesses on the block continue to see tenants and staff work from home. This impacts neighbouring businesses, who relied on the foot traffic and daytime visitors.”

The Vancity report concluded one diner serving low-income residents has since closed permanently, while three businesses have closed temporarily.

The report was prepared the week of July 6 and will be updated in September with new data.