The area close to the Oak Street Bridge, called Bridgeport Village, will eventually have office towers, hotels and entertainment venues.
Dec 23, 2020 10:50 AM By: Maria Rantanen 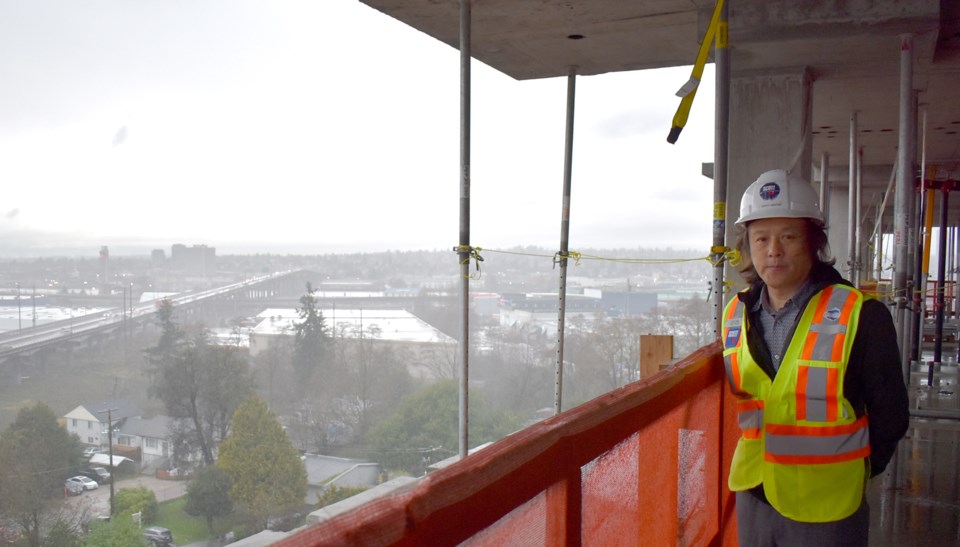 The roof of an 11-storey office tower on Beckwith Road went up just a few weeks ago, one of the first buildings under development in a new business district of Richmond called Bridgeport Village.

The area is anchored by River Rock Casino & Resort, currently closed due to the pandemic, and is peppered with low-rise office, retail and industrial buildings.

The Beckwith Road building has been named Bridgeport Business Center, and the development will eventually include two office towers and two Marriott Hotels on the site.

The building at 9466 Beckwith Rd. is owned by Mai Li Chen, who recently purchased the property, and is being marketed by Republique and its principal Randy Lim.

The office tower, which includes space for a few light industrial units and a large restaurant on the ground floor — as well as four storeys of parking — will be strata-owned.

The first office tower is being built without pre-sales, but Republique has come on board to market the units with a showroom on No. 3 Road.

“People are very nervous about the market,” Lim said, but he sees a glimmer of hope with news of a COVID-19 vaccine being rolled out, and he expects to see a “mini-surge” in the market in February or March.

With its proximity to the airport and being at the foot of the Oak Street Bridge leading into Vancouver, Lim calls the development a “one-stop shop” for internationally oriented businesses.

In 2012, as reported by Business in Vancouver, the area just south of the Bridgeport Business Center was earmarked for $4 billion in development on 15 acres of what was formerly Duck Island. (This is a separate development from the Beckwith project.)

The plan included hotels, a business hotel with a conference centre, a marina and 1.58 million square feet of space for retail and entertainment.