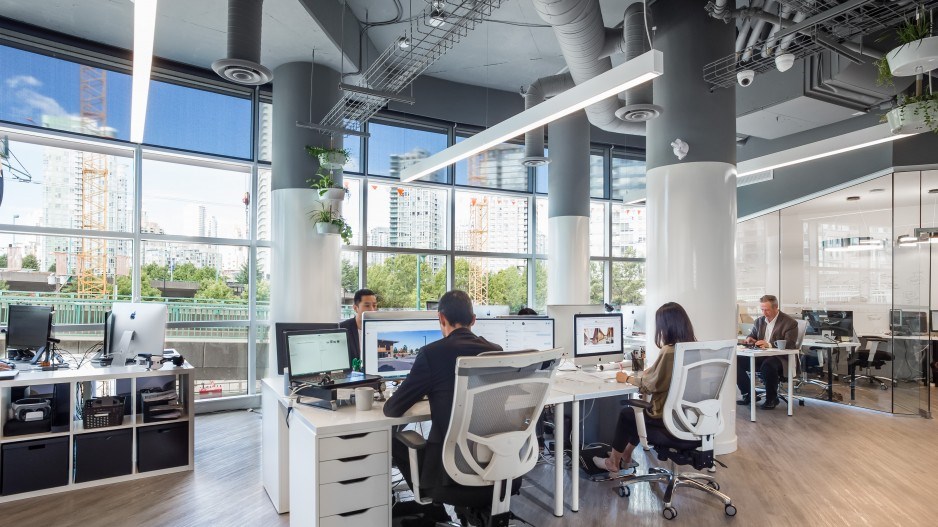 B.C. investors might be forgiven for possessing portfolios that aren’t bristling with diversity, says Luke Krueger.

“Vancouver is a unique one because you can do double digits as an investor in terms of [return on investment] doing real estate for the last 30, 40 years,” the co-founder of Calgary’s Valhalla Private Capital said.

So what happens to that investor capital when the market slows amid the province’s foreign-buyer tax and Ottawa’s mortgage stress test?

Krueger is among those banking on the tech sector benefiting from a slowdown in real estate.

His angel investor group, Valhalla Angels, launched its fourth Western Canada chapter last month in Vancouver after initially getting its start in Calgary back in 2003.

The group’s entry into the city comes after the Real Estate Board of Greater Vancouver revealed this month the region registered 1,103 homes sales in January – down 39.3% from a year earlier.

Krueger said capital that would otherwise be going into Vancouver real estate is looking for a release valve at this point.

“I would say that the tech talent in the city is really strong and the money is either sitting on the sideline or it’s fragmented. So there’s all these different pockets around the city and we’re trying to tap into those,” he said.

“People are more open to diversifying their portfolio in tech. But it’s really good for founders to realize they are competing with real estate returns, and, given the risk profile, they’ve got to bring something to the table and offer a much higher return.”

Three-quarters of the group’s 150 members are startup founders.

Members are offered educational programs to get up to speed with tech investing, and are given access to pitch sessions from local entrepreneurs.

Meanwhile, Valhalla Angels is encouraging new members still unseasoned in the tech sector to hold off on investing for at least a year.

The slowdown in real estate is also pushing some tech companies tied to the real estate sector to get creative with their own business models.

Vancouver-based LNG Studios develops virtual reality (VR) experiences for developers looking to show potential customers what a home would look and feel like before any real-world walls go up.

It previously worked with Concord Pacific to hand out 10,000 Concord-branded VR headsets to promote a Burnaby condominium project in 2016.

“VR and AR [augmented reality] was really used for marketing and PR purposes,” said LNG Studios CEO Leon Ng. “But in recent years as the VR/AR technology is maturing, it’s being integrated into the design process for architects and developers for cost savings.”

Ng, who sits on the advisory board for the Vancouver chapter of the VR/AR Association, said the industry doesn’t believe the real estate slowdown will hurt the tech ecosystem even if the economy slows.

“If anything, it’s actually driving more investments into the tech sector,” he said.

“As the market slows down there’s going to be some talent that’s popping up, and to me it feels like all the tech talent is staying in Vancouver.”

But Ng is also taking further measures to improve his company’s business model amid the slowdown.

At the end of last year he helped bring 11 companies specializing in the real estate sector under a single roof in downtown Vancouver.

Services range from VR development to marketing to photography to Chinese-language translation services.

While they are all separate entities, Ng owns an interest of each one and has dubbed the arrangement the React Media Group (RMG).

RMG occupies 5,000 square feet in Yaletown and has 55 full-time workers.

“Having all these companies in one roof helps streamline the efficiencies, the costs, since most of the in-house staff are communicating with each other so we can provide the best marketing assets for our clients,” Ng said.