Tom Orange, president of Fuggles and Warlock brewery, will have to wait for reprieve from the red tape he faces to freely sell his product across provincial borders.
Jun 8, 2017 5:26 PM By: Graeme Wood 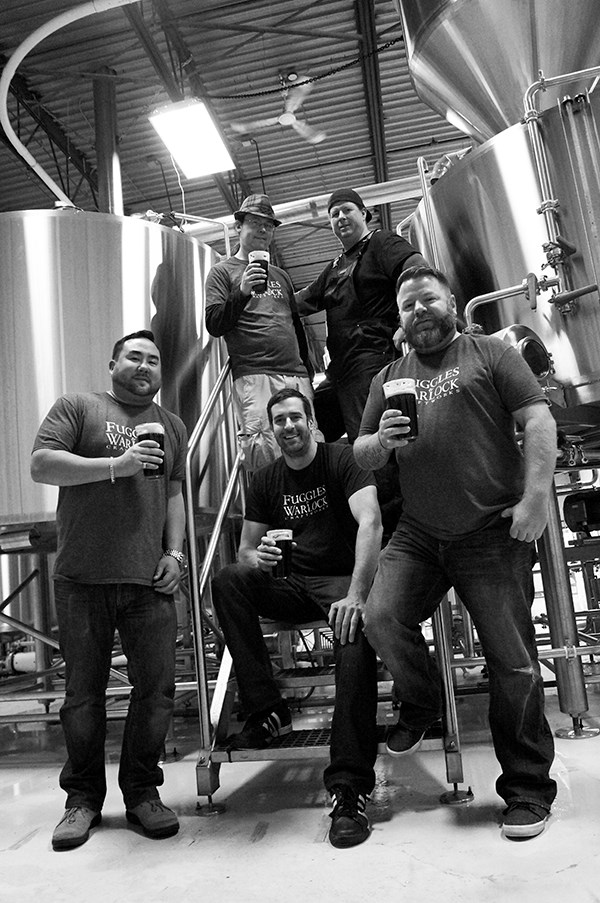 The Fuggles and Warlock team at its new production brewery facility in south Richmond, which opened in December, 2015.

Tom Orange, president of Fuggles and Warlock brewery, will have to wait for reprieve from the red tape he faces to freely sell his product across provincial borders.

As he waits, he will continue to look to the East. And why not? The company’s sales in Taiwan, South Korea and Japan are increasing exponentially. This, as the company navigates trying to enter the Ontario market through that province’s liquor control board.

“Ontario is a big deal for us,” said Orange.

“But there are significant costs attached to going to Ontario,” he added.

And Quebec? Forget about it, said Orange.

“There are lots of regulations that make it difficult to get into that market and so we decided to push into Ontario and stop there for now,” said Orange.

The problem is that many provinces own lucrative monopolies on controlling the distribution of alcohol. Only Alberta is relatively free of regulations.

“The tricky part is each province has a different model. You’ve got provincial liquor markups and each province is different. So, we have to adjust prices in each market,” explained Orange.

Calgary Conservative MP John Barlow noted, following the trade deal, that the Importation of Intoxicating Liquors Act continues to restrict “the ability for producers to sell outside their own province unless they are granted permission by a liquor board of another province.”

So, getting that permission in each province has been a task for Fuggles and Warlock. Meanwhile, the B.C. and Asian markets are ripe for the taking as craft beer popularity explodes here, and there.

“Month over month we see an increase in sales in B.C.” said Orange.

In B.C., Orange has stopped counting how many private liquor stores Fuggles and Warlock can be found in — it’s in the hundreds. Same goes for the number of pubs and restaurants where you’ll find at least one of the company’s five core beers: Pixel Pils (pilsner), Bean Me Up (stout), Personas West Coast Common (ale), The Last Strawberry Wit (lager made with Fraser Valley strawberries) and Destinay IPA (pale ale).

“We’re always reviving our selection and thinking what could join our core lineup. Our number one priority is to keep the quality high,” said Orange.

Meanwhile, in the taproom, there are extended opening hours (11 a.m. to midnight on Friday and Saturday; 12 p.m. to 9 p.m. Sunday to Wednesday; 11 a.m. to 11 p.m. on Thursday) and seasonal sour beers and other creations, not in the core lineup. This Saturday, they will host a summer party with live bands and food trucks.

Orange said there’s no slowing down in the market, after craft beer fever took off in the mainstream a few years ago.

“The market is still growing. What I think is interesting is we’ve chosen to diversify our sales markets on purpose and at some point, with so many craft breweries opening in B.C., shelf space will be more difficult to find. So it’s important to have that distribution footprint out there and grow it,” said Orange.

And so, Fuggles and Warlock is now frequently sending 40-foot containers of beer to South Korea and looking to open a route to Australia.

“The rate of sale is good,” said Orange, who was a beer importer/exporter in the Asian market prior to opening Fuggles and Warlock in late 2015.

“I knew what made these guys (Asians) tick,” said Orange.

Our first collaboration in South Korea is happening right now at The Table Brewing! We are brewing "Seoul Train DIPA"! #collabbrew #fuglife pic.twitter.com/scwiQr0iC5

Aside from the company’s offerings, one of the things that has made Fuggles and Warlock so popular in corner stores in Seoul is the branding and labelling, which features galactic and anime superhero designs by beer sommelier Dan “Fuggles” Colyer.

It looks good and tastes good, noted Orange; in Seoul, its IPA has routinely held the top spot at one of the premiere bottle shops for best IPA, as decided on by the customers.

The branding, bolstered by merchandise sales, with the mottos “keeping beer weird” and #FugLife, continues to reach new heights over the past 18 months.

Fuggles and Warlock plans to begin unveiling a marketing campaign with DDB marketers, one of the largest advertising firms in Canada.

“The creative team was excited to work with us. They thought they could have a lot of fun. They’re not marketing widgets,” said Orange.

But keeping to its core values, Orange said the biggest thing the company is working on is a taster’s experience. That’s where the experimental and seasonal beers come in.

And with opportunity comes growth; the company is growing into its Horseshoe Way facility, by adding more fermenters.

“With breweries, you have to bite the bullet and pay extra rent to know you have space down the road,” said Orange.