A number of Richmond companies have been nominated for the 2018 BC Food and Beverage Awards, which is organized by The BC Food Processors Association (BCFPA).
Jun 17, 2018 9:14 PM By: Richmond News 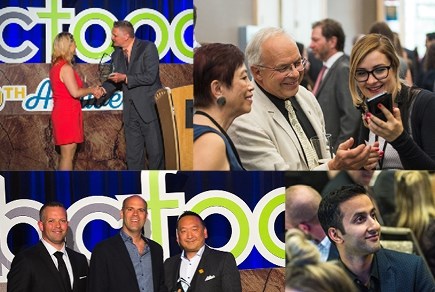 The BC Food and Beverage Awards is known by many as the province's "food and beverage Oscars." Photo submitted

A number of Richmond companies have been nominated for the 2018 BC Food and Beverage Awards, which is organized by The BC Food Processors Association (BCFPA).

Finalists were selected across eight award categories and winners will be announced at the awards ceremony on June 21.

“The Awards recognize accomplishments of the food, beverage and natural health products industries, which is the largest manufacturing sector in BC, in both employment and economic input; $10.3 billion annually, surpassing forestry.”

Meanwhile, Ideon Packaging became one of the three finalists for Member of the Year Award. The company’s VP of Operations Mike Nunn was also nominated for the Leadership Award.

This year, 26 nominees have been selected for the Product of the Year award, including Richmond companies Canterbury Coffee, Organika, Pranin Organic and Wise Bites. Each company gave a products pitch to the panel of judges in a ‘Dragon’s Den’ style format.