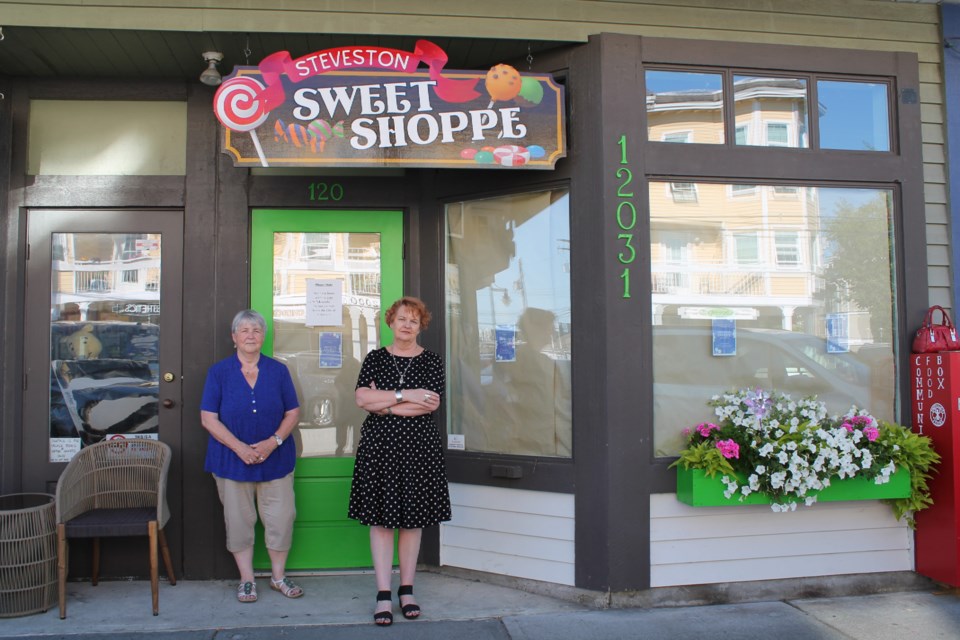 Lenny Entwistle (right) and Elly Fenton have waited almost 14 weeks for the City of Richmond to approve a renovation permit.Valerie Leung

Owners of a yet-to-open candy store are frustrated it took 14 weeks for the city to approve a “simple renovation” permit.

Lenny Entwistle and business partner Elly Fenton, owners of Steveston Sweet Shoppe, finally received their permit after a little over three months of constant calling and following-up with the City of Richmond.

The shop is a one-stop shop for international candy, located on First Avenue between Moncton and Chatham streets, between the Village Books and Coffee House and Steveston’s Best of British stores.

Entwistle, who also owns Best of British, told the Richmond News they requested the permit for a dividing wall between the Sweet Shoppe and the book store, as well as installing tracking (ceiling) lights.

“Frustrated doesn’t even describe how we feel,” said Entwistle.

“We even thought about giving up, but we signed the lease and we are already deep into this with a contract. We are just too close to opening and it’s really just this permit that’s stopping us...”

The permit, she said, was submitted at the beginning of April and “officially went through” about the second week.

However, she heard nothing after that, other than being told “to be patient because (the city) was busy” and that their application was doing the rounds.

According to city spokesperson Clay Adams, the city will generally “try to connect” with applicants within an eight-week window.

“The city is aware that businesses...are always keen to move forward with their projects as quickly as possible, so we try to triage applications in order to deal with more straightforward projects first,” said Adams, adding that each application is different and processing times vary.

“However, this is not always possible and a complex application has the same rights to service as something which may appear to be more straightforward.”

Regardless, given the simplicity of their application, Entwistle doesn’t think it should have taken more than three months to approve.

The Steveston Sweet Shoppe is expecting to open no later than the second week of August.