The golden era of Steveston as a fishing village may be over, but that doesn’t mean the trawling industry is a relic of the past.
Oct 30, 2019 4:30 PM By: Kirsten Clarke 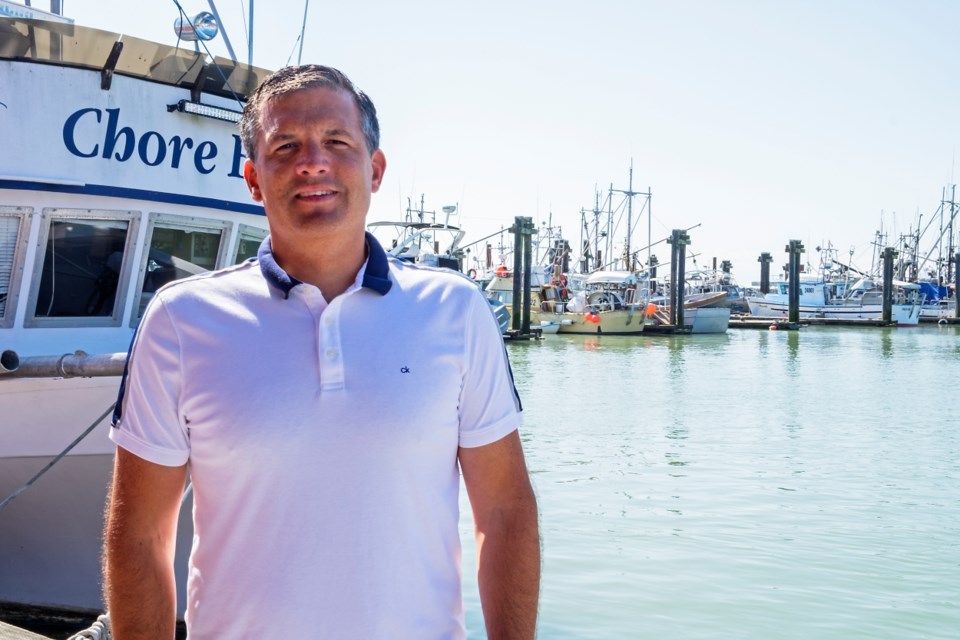 Robert Kiesman and the Steveston Harbour Authority are working to make Steveston the hub of B.C.'s fishing industry.Kirsten Clarke

The golden era of Steveston as a fishing village may be over, but that doesn’t mean the trawling industry is a relic of the past.

Steveston Harbour is by far the largest small-craft harbour in the county, home to more than 44 per cent of the buildings in the entire national harbour program.

Since 2009, Fisheries and Oceans Canada has invested about $23.5 million into the harbour, with additional funding from the province. Now, plans are well underway to make it the commercial fishing hub of B.C., said Robert Kiesman, chair of the Steveston Harbour Authority (SHA).

The foundation for this grand vision was laid back in the 1970s, said Kiesman, when a group of heritage enthusiasts petitioned to save the Gulf of Georgia cannery from destruction and potential “condo-ization.”

In 2014, SHA’s board formally resolved to turn its dream into reality. The goal was two-fold: to provide the facilities that would foster a healthy and diverse commercial fishing industry while honouring Steveston’s rich history and thriving tourism business.

To make it all happen, the harbour authority has partnered with Musqueam First Nation, the province and large- and small-scale members of B.C.’s fishing industry.

Steveston was a centre for fishing long before the village and its harbour existed.

For centuries, Musqueam lived off the region’s resources in settlements up and down the coast, including Steveston, often following the salmon-spawning grounds.

Then came the canneries, built by Chinese, Japanese and European immigrants who began arriving in the nineteenth century, joining the local Indigenous peoples in harvesting and processing seafood.

More than 15 canneries lined the town’s waterfront, an area that became known as Steveston’s cannery row. The largest of these was the Gulf of Georgia, the “monster cannery,” which opened in 1894 and is now the last of its kind and a national historic site.

But the history of fishing in Steveston and B.C. is one of ebbs and flows. The boom years of the 1970s-80s were followed by the bust of the 1990s, when the salmon population drastically declined and catches were sparse.

Along with failing salmon stocks were changes in the industry’s ownership structure.

Over the last 30 or 40 years, B.C.’s fishing industry has moved towards a large industrial-scale, corporate model, making it hard for independent fishers to make a living, according to Sonia Strobel, CEO of the community-supported fishery Skipper Otto.

This shift has resulted in “the greying of the fleet,” said Strobel, as families who may have fished for generations can no longer make a living wage. Now, the average age for a boat’s captain and crew in B.C. is 54.

While Kiesman isn’t pretending that the industry is in good shape, he believes it will make a resurgence.

“The fishing industry is like forestry and agriculture: it’s renewable… and we need to preserve the (harbour) to have the infrastructure here for when it does come back.”

With the boats, docks, property and storage of the Steveston Harbour, the SHA resolved to consolidate the various fishing and fishing-related businesses scattered around the Lower Mainland and B.C. into one spot.

“Number one, this would serve the fishing industry by providing them with docks and infrastructure and nice plants and places to unload their catch and spread out there,” said Kiesman.

“But number two, it would serve a great community function, cultural function (and) heritage function by preserving Steveston.”

The harbour authority’s vision is spread over two sites: the Gulf Site, located at the foot of 6th Avenue and Moncton Street, is short walk from the Gulf of Georgia Cannery. It’s here locals and tourists will be able to see the fishing industry at work and still purchase their seafood directly from fishing boats.

One of the primary buildings at the Gulf site is the net-making facility — set to be completed this winter — where people can look through large picture windows as fishers make and mend their nets, after learning about the history of fishing and net-making at the cannery museum, said Kiesman.

The net-making company, CanTrawl, currently located on Richmond’s east side, has wanted to relocate to Steveston for the past two decades, said Kiesman.

And at the end of Trites road, in the working heart of the harbour authority, is the Paramount Site, holding the majority of large-scale industrial buildings.

The site’s waterfront is dominated by a recently-completed ice plant, and nearby, an 80-year-old heritage cannery was converted into a new packaging and distribution centre — run by Organic Ocean — which houses the largest cold room in the Lower Mainland.

While the ice plant is a good step forward, a vital missing piece is access to local processing.

Most of the province’s seafood is shipped to Asia or the U.S., where it’s then processed and shipped back to Canada for consumption.

“Most people in Canada can’t even access Canadian seafood,” said Strobel. “We have a food sovereignty, a food security challenge, and there’s health challenges with that. A lot of the seafood that we’re getting, about half the seafood in Canada, is mislabelled and comes from this long, convoluted seafood supply chain.”

The harbour authority is planning to combat this by building a processing facility at the Gulf Site.

Unlike many harbours in North America, which have become tourist attractions rather than prosperous harbours, SHA is “really leading the way in B.C.” when it comes to protecting Steveston as a fishing harbour, said Strobel.

That’s what Kiesman is aiming for.

“My goal is (that) anytime anyone in this country mentions or thinks about or hears about the fishing industry, they think of Steveston,” said Kiesman.