Last year, a Canadian non-profit group planned to launch a promotional effort to reverse the largely negative sentiment towards cannabis among those in Asian communities.
Apr 16, 2019 11:30 AM By: Chuck Chiang 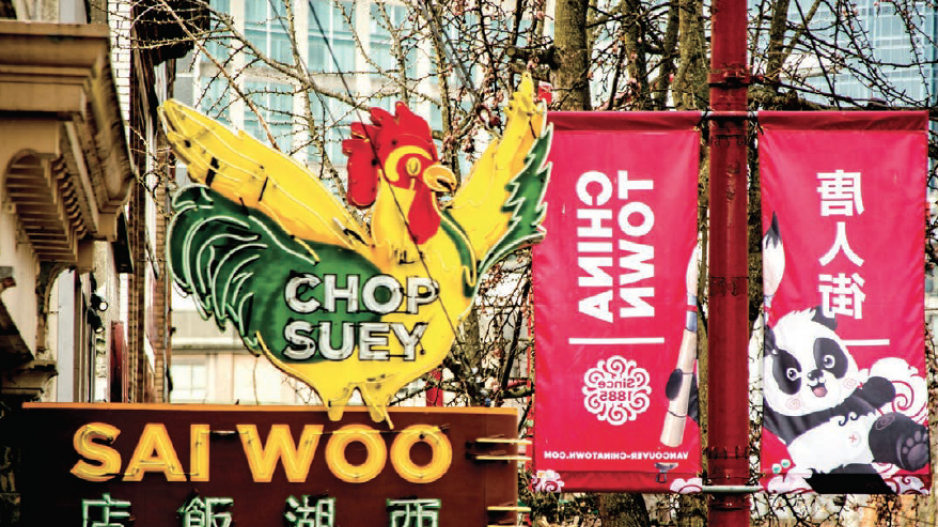 Older Chinese-Canadians – many of whom live in Vancouver’s Chinatown – are among the most anti-cannabis communities in the country. Efforts to challenge those views have been met with strong resistance, industry officials say. Photo: Chung Chow

Last year, a Canadian non-profit group planned to launch a promotional effort to reverse the largely negative sentiment towards cannabis among those in Asian communities.

Officials at the National Institute for Cannabis Health and Education (NICHE Canada), however, now say that they are retrenching their campaign due to higher-than-expected resistance among community members – an incidence of friction that highlights just how recalcitrant some Canadian minority cultures are towards a substance that has been stigmatized for centuries.

Founder Barinder Rasode said the experience has strengthened the group’s resolve in educating the communities and fighting misinformation, despite what appears to be an organized, well-funded effort to combat cannabis legalization and further adoption.

“We think the problem is worse than we originally thought in terms of a lack of education out there,” Rasode said, noting the proliferation of abusive responses from online trolls on social media toward the cannabis industry.

She adds that hostility toward the cannabis sector is also visible in the number of municipalities that have opted out of allowing cannabis retailers in their communities. A lot of those communities have larger populations of South Asians and East Asians, she said.

To try to turn the tide, NICHE is now focusing on one-on-one meetings with influencers within those communities – medical professionals, religious leaders, immigrant settlement officials – to fine-tune a more effective way to get its message across, she said.

“We are making sure one of the things we are doing is to not only put out factual information, but also to do it in a way that won’t offend even the naysayers,” Rasode said. “To make people be a part of the conversation, you can’t have too strong a message in the beginning, because then you will lose them.”

Some in the Asian-Canadian communities have already voiced their skepticism over such outreach efforts.

In South Asian circles, cannabis is seen to be linked with organized crime and has been since long before cannabis was legalized. For East Asian groups, such as Chinese-Canadians, there is also a historic, almost moral--nationalist sentiment against any substance perceived as western, and illegal.

Much of that sentiment stems from the Opium War in the mid-19th century, widely seen as the beginning of the downfall of imperial China and the genesis of the “sick man of East Asia” image that the nation endured for generations. For some, those sentiments are alive and well in the present day.

Tom Yuan, founder and director of Richmond-based Canada Berries Enterprises Ltd. and president of the Canada Asia Business Network, said Canada’s legalization of cannabis triggered conversations in some Chinese circles among parents who wish to send their children to B.C. for education. Chinese students currently make up 28% of Canada’s international student population.

“In China, legalization of marijuana is most definitely something that’s not OK socially,” he said. “Chinese parents don’t want to send their children here to smoke pot.”

Some communities, he said, may look at the legalization of cannabis as the government applying western values on local minority communities.

As a result, Yuan said that he does not think Canadian officials thought about the implications of legalizing cannabis.

But to paint all overseas Asian communities as being conservative, and against cannabis legalization, may be misleading.

Some advocates note that prior to the Opium War, for close to 2,000 years, certain types of cannabis plants have been featured in traditional Asian medicine. The earliest documented use of the substance as herbal medicine came 1,800 years ago, for illnesses like gout and malaria.

One major U.S. advocate said efforts are underway in some parts of California to educate traditional Chinese medicine (TCM) practitioners on cannabis in light  of legalization.

Jean Quan, a former mayor of Oakland, California, had planned to open the first multilingual cannabis dispensary in that state, in the heavily Asian-American-populated Sunset neighbourhood of San Francisco, but she had her dispensary’s application denied by the city in late 2017.

Despite the setback, Quan told Business in Vancouver, she found a mixed reaction to having a cannabis store in the neighbourhood, when she canvassed door to door during the application process.

“We found [opinion] pretty evenly split,” Quan said of a survey of 500 homes in the neighbourhood. “We found that younger people were absolutely for [a cannabis dispensary], and I would say some younger Asian-American women use [cannabis] instead of wine, and they don’t use a lot of it.”

She adds that a big part of convincing Asian communities of cannabis’ benefits to personal heath remains with medical professionals. She notes that, other than people who are younger than their mid-30s, her group saw the biggest support within Asian communities among families that have elders who have used medical marijuana or other products for treatment.

“In our own family experience, cannabis reduces the pain without knocking you out,” Quan said. “When my own mother died, all they could do was give her morphine, and even though she was with us, she was barely conscious and we couldn’t talk to her. So the experiences within the community – a young man we worked with, his grandmother was dying – these experiences totally turned the attitudes of some families around.”

NICHE’s Rasode agrees that personal experiences within these communities, and the support of doctors, are important to expand acceptance of cannabis in minority groups.

That is the main reason Niche is now focusing on one-on-one meetings, she said.

“I think that’s where we’ll be successful – when we have those credible voices in those communities speaking in those languages saying why it’s important,” said Rasode.