The liquidators tasked with unravelling the massive fraud behind the bankruptcy of China Medical Technologies Inc. are suing the company’s former senior vice-president of operations, Zhu Feng (Charles), seeking to freeze assets including a $2.
Aug 10, 2018 8:50 AM By: Darryl Greer 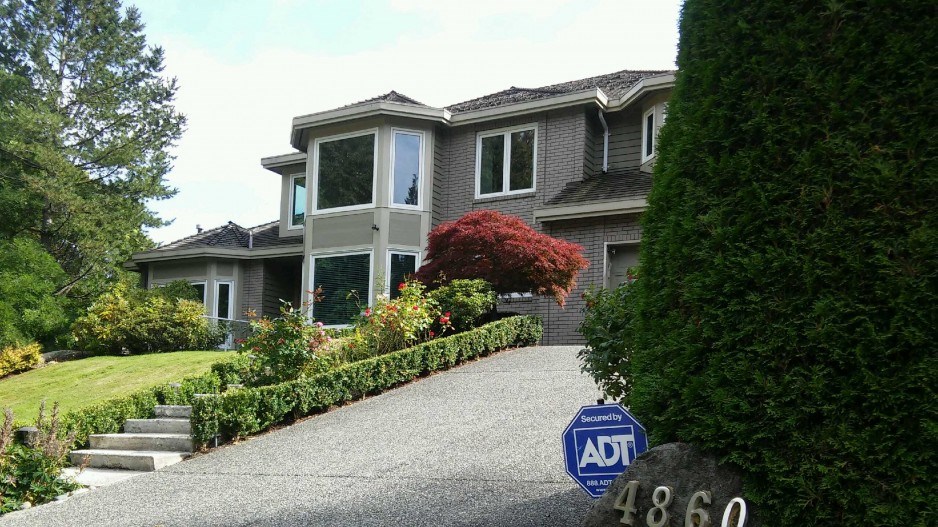 A $2.9 million home in West Vancouver is among assets of Zhu Feng (Charles) that liquidators want to freeze. BIV file photo

The liquidators tasked with unravelling the massive fraud behind the bankruptcy of China Medical Technologies Inc. are suing the company’s former senior vice-president of operations, Zhu Feng (Charles), seeking to freeze assets including a $2.9 million home in West Vancouver.

Liquidators Cosimo Borrelli and Yuan Lai Yee, appointed by a Hong Kong court after the bankruptcies of China Medical Technologies Inc. and CMED Technologies Ltd., filed a notice of civil claim in BC Supreme Court on July 30. They claim Zhu was part of the management team at China Medical that perpetrated a US$521.8 million fraud against the company through sham purchases of technologies from a company called Supreme Well Investments Ltd. The company bought “fluorescent in situ hybridization technology” or “FISH technology” for $176.8 million in 2007 and “surface plasmon resonance technology” (SPR) for $345 million in 2008.

“Former management touted the merits of the acquisitions and represented that Supreme Well was an arm’s-length company,” the claim states. “However, in reality, the FISH technology and SPR technology were of no, or no significant, value and Supreme Well was secretly controlled by former management. Zhu in particular touted the merits of the acquisitions to the board.”

China Medical’s financial adviser, Credit Suisse, “made numerous unsuccessful requests for information about the shareholder and beneficial owners of Supreme Well, the operations of its board and shareholder, the chain of title of its shareholding and the FISH technology for the purposes of due diligence.”

“Zhu was directly involved in the due diligence process,” the claim states. “Shortly after the acquisitions, Zhu received US$1.68 million directly and indirectly from Supreme Well for his role in facilitating the fraudulent transactions.”

With China Medical now insolvent, creditors have claims of more than $400 million against the company and its assets “have only a nominal value.”

“China Medical’s potential legal claims appear to be its only valuable assets,” the claim states.

The company and its liquidators have pending claims in Hong Kong’s High Court, where they claim Zhu and other members of China Medical’s management team owe $522.7 million in damages for the stolen funds, and Zhu himself owes US$945,664 for the salary and bonuses paid to him since January 2006. However, the liquidators were unable to find and serve Zhu with court papers for the Hong Kong actions, and only found out he lived in Canada from an employee of a company of which he was a director after unsuccessful attempts at serving him in the People’s Republic of China. A property search revealed Zhu and his wife, non-party Wen Gu, owned a home at 4860 The Dale in West Vancouver, which was bought for $2.5 million in September 2014. Shortly after the liquidators contacted Zhu’s other company, they claim the property was listed for sale for nearly $3 million.

There was no answer at the West Vancouver home when Business in Vancouver visited last Wednesday afternoon. Lawyer David Gruber with Bennett Jones told BIV in a phone interview that his firm had been retained to obtain a freezing order “to support the ongoing litigation in Hong Kong.” Unable to serve Zhu in person, Gruber said they had to get permission from the court to serve his wife by mail to a condo in the Binning Tower on the University of British Columbia endowment lands. A hearing on the freezing order is set for August 10 in BC Supreme Court.

In March 2017, Xiaodong Wu, the founder, CEO and chairman of the board of directors of China Medical Technologies, and Tak Yung Samson Tsang, the company’s former CFO, were indicted on securities and wire fraud charges in New York. The liquidators seek an order freezing Zhu’s assets, claiming there is a strong case “that Zhu perpetrated, participated and/or benefited from the fraud case against China Medical.”

The allegations have not been tested in court and Zhu had not responded to the claim by press time.