The president of Richmond-based WhiteWater West took home this year’s EY Entrepreneur of the Year in the Pacific region award on Oct. 3.
Oct 6, 2019 12:59 PM By: Valerie Leung 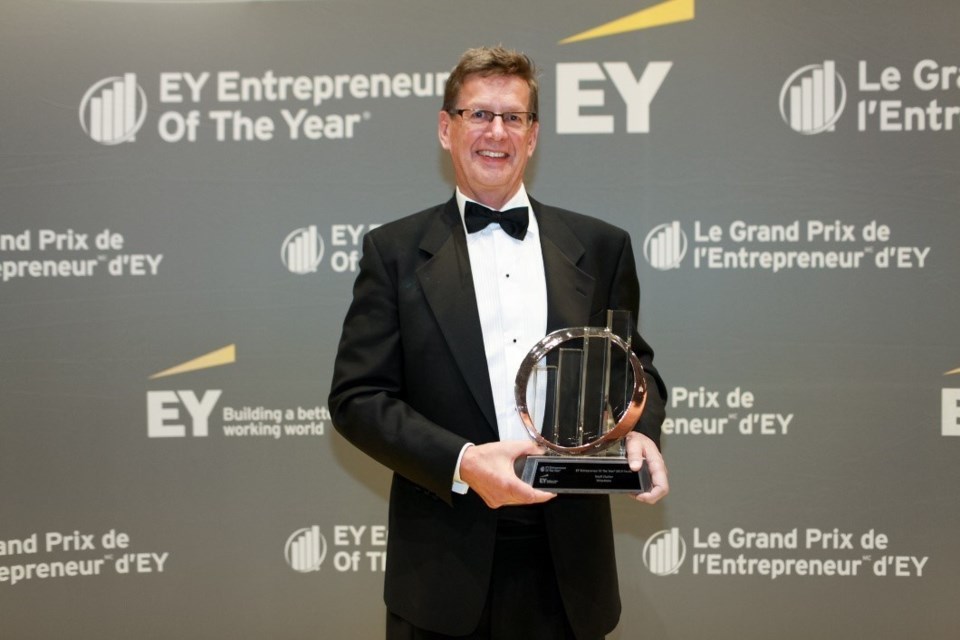 The president of Richmond-based WhiteWater West took home this year’s EY Entrepreneur of the Year in the Pacific region award on Oct. 3.

Geoff Chutter, WhiteWater’s CEO and president, earned the award for creating products and services that support the growth of local economies.

Chutter began his entrepreneurial journey in 1980 when he purchased 18 acres of park in Penticton, B.C. to build one of North America’s first waterslide parks. His company now manufacturers surf machines on cruise ships, water play structures and more.

“Just like its slides, WhiteWater has had its own ups and downs, but it’s the way that Geoff positively approaches challenges head-on with perseverance and a true entrepreneurial spirit, that really impressed the judges,” said Lui Petrollini, Pacific program director of EY Entrepreneur of the Year.

“When an economic downturn comes knocking, consumer discretionary spending is typically the first to go. But Geoff didn’t let this stop him in the early 2000s. Instead, he turned it into an opportunity and has made WhiteWater a force to be reckoned with ever since.”

As the Pacific region winner, Chutter will compete nationally with top entrepreneurs from the Prairies, Ontario, Quebec and Atlantic regions for EY Entrepreneur of Canada award on Nov. 28 in Toronto.