Richmond's Ben Baker knows exactly where he will be on Sept. 22 and 23 — at his local synagogue observing Yom Kippur, one of the holiest events on the Jewish calendar.
Feb 20, 2015 11:09 AM By: Philip Raphael 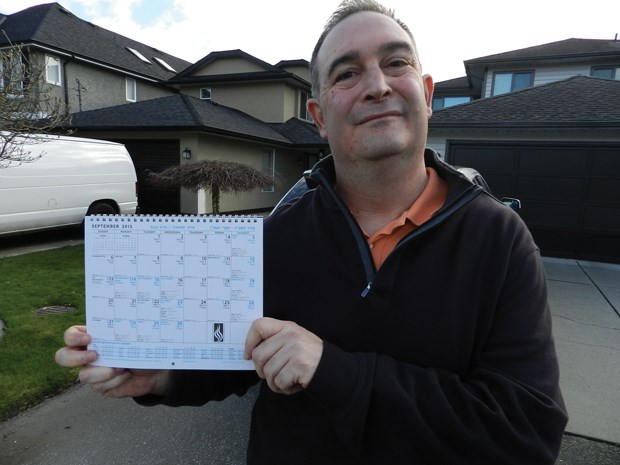 Richmond's Ben Baker knows exactly where he will be on Sept. 22 and 23 — at his local synagogue observing Yom Kippur, one of the holiest events on the Jewish calendar.

And while he’s fine with that, he’s upset the dates fall on one of the potentially busiest opportunities for his marketing firm — the trade show attached to the UBCM (Union of B.C. Municipalities) convention at the Vancouver Trade and Convention Centre.

“No one would ever think of scheduling a trade show on Christmas Day or even Dec. 24,” said Baker, president of CMYK Solutions, which counts a variety of government organizations as clients.

And losing out on the opportunity to have in-person contact with those types of decision-makers at the UBCM trade show is like bypassing roughly $10,000 to $20,000 in business, he said.

“Is that guaranteed business? No, but it represents a significant opportunity I am missing,” Baker said. “It’s the chance to re-cement relationships with current clients and establish new ones.”

All it would have taken to avoid the conflict in dates would have been a quick consultation of a religious calendar, he added.

“But they didn’t, and now I will not be going and I won’t be sending any employees,” Baker said, adding he not only feels for his business, but also others of the Jewish faith who would be compelled to attend the trade show and conference as part of their jobs.

“Will my speaking out about this change the dates? No,” Baker said. “I just wanted the organizers to understand what they have done.”

When contacted, officials organizing the UBCM said this is the first time someone interested in attending the trade show has raised the issue of Yom Kippur falling within the trade show dates.

“As I understand it, Yom Kippur runs from the evening of Tuesday Sept. 22 to the evening of Sept. 23,” said Paul Taylor, director of communications for UBCM via email.