Business Excellence Awards: Closing the loop on a valuable stream of waste

Centuries ago, there were exclamations of untapped riches that “There’s gold in them there hills.
Nov 30, 2016 10:27 AM By: Richmond News 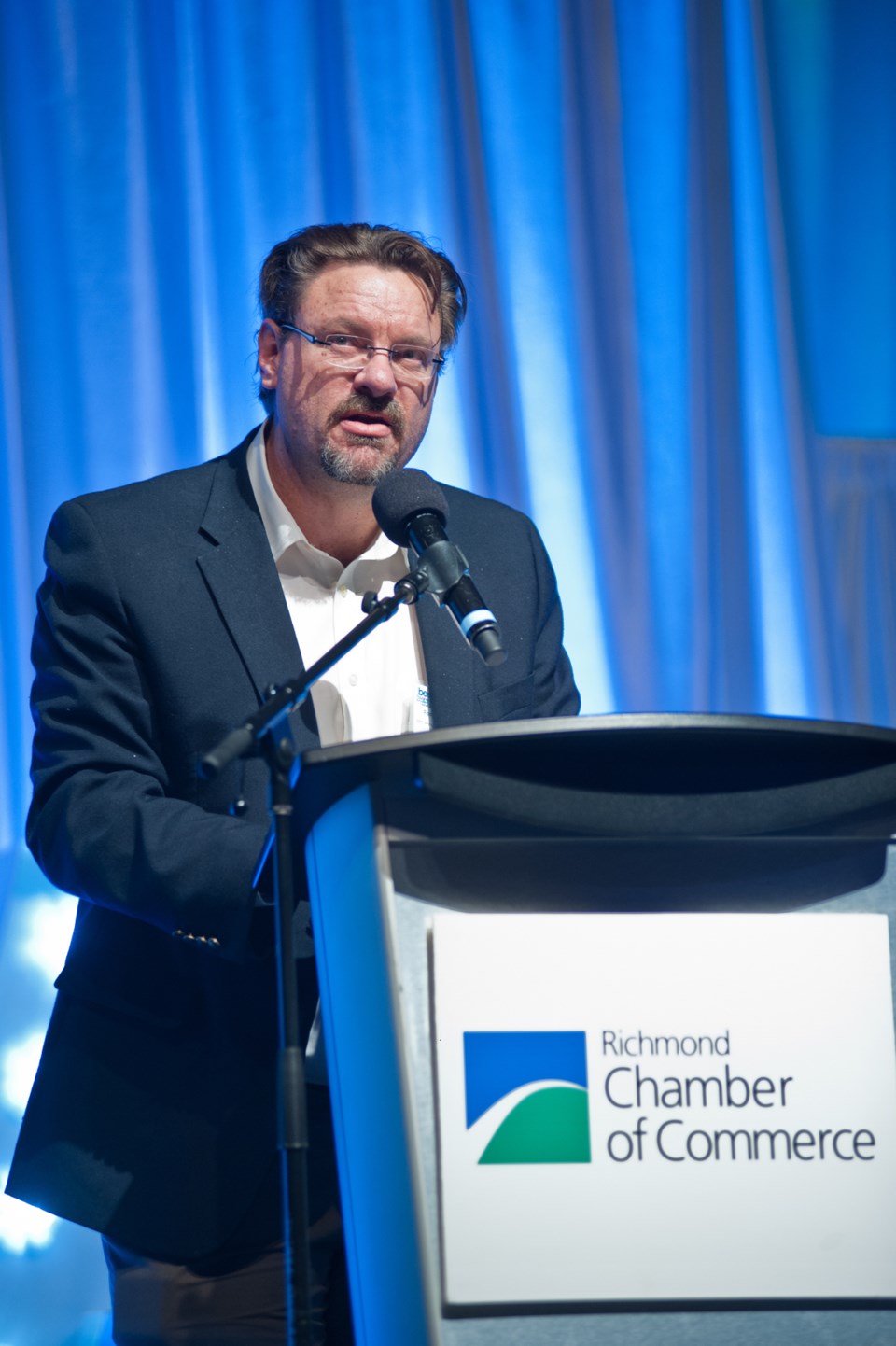 Peter Holgate, founder and CEO of Ronin8 Technologies Ltd., is hoping to mine a waste stream of precious metals from discarded electronics using the power of sound. Photo by Rob Newell/Special to the News

Centuries ago, there were exclamations of untapped riches that “There’s gold in them there hills.”

In the 21st century, that clarion call has changed to finding gold, along with an assortment of other precious metals and valuable glass and plastic, in a rapidly growing waste stream from discarded electronic devices that previously ended up in a landfill or were incinerated.

Richmond’s Ronin8 Technologies Ltd., winner of the Innovation of the Year award, is working on bringing that new wave of resource separation and recovery to reality by using sound waves emanating from a sonic generator to break down the materials from cellphones and computers.

It is estimated that electronic waste is growing at approximately 15 per cent annually, making it the world’s fastest growing waste stream.

And despite current efforts to recover those materials, less than 15 per cent is recycled through formal channels.

Using Ronin8’s technology, which was originally employed by another company to remediate toxic soils, 100 per of the glass, plastic and an assortment of precious metals can be recovered and sent back through the supply chain.

“The award, for us, is validation, that we are building something meaningful,” said Peter Holgate, Ronin8’s founder and CEO.

“When an innovation is recognized by your community and peers, that’s really the test of determining if you are on track to do something.”

Currently, Ronin8 is still in the development and testing stages at its southeast Richmond facility.

“The zoning there, unfortunately, doesn’t allow us to do anything other than development and training work. So, our next full-scale facility that we are looking to build in 2017, we’re still trying to find a location,” Holgate said, adding plans are to take Ronin8 public next year.

“That will be done so we can raise the money needed to start building local plants,” he said.

And that is expected to increase the company’s attraction to industry.

“We are having a phenomenal pull,” Holgate said. “We’re not having to push ourselves, industry is pulling us and our dilemma is that we cannot work fast enough. There aren’t enough hours in the day to deliver on the needs within this world.

“There’s a vacuum that’s sucking our technology into it.”