While some sectors might see the unrest in Hong Kong as a business opportunity, most observers agree it could undermine the city’s role as Canada’s top Asian economic hub if it institutes a controversial mainland China extradition law.
Jun 25, 2019 5:30 PM By: Chuck Chiang 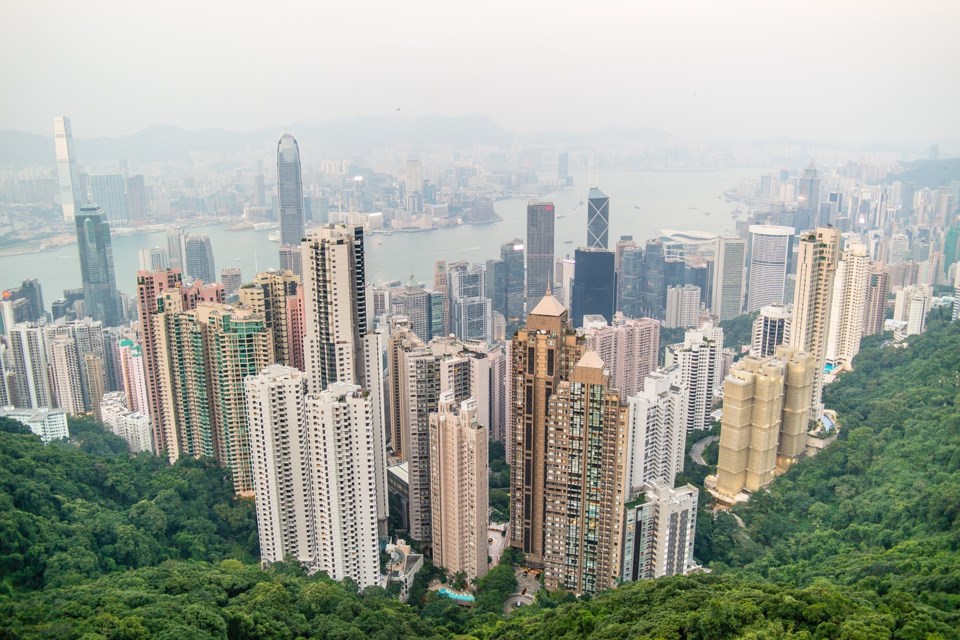 While some sectors might see the unrest in Hong Kong as a business opportunity, most observers agree it could undermine the city’s role as Canada’s top Asian economic hub if it institutes a controversial mainland China extradition law.

Millions of protesters have taken to the streets in Hong Kong this month, demonstrating against the Chinese special administrative region for its plans to add an amendment to its extradition ordinance so that Hong Kong can transfer fugitives wanted in mainland China back to Beijing’s control.

The proposed bill – which was suspended indefinitely by Hong Kong Chief Executive Carrie Lam on June 15 – has been sharply criticized within Hong Kong and in the West for potentially eroding the city’s judicial independence, a key guarantee of the “one country, two systems” mantra that Beijing has used as a guideline for Hong Kong since it reverted to Chinese control in 1997.

What has been different when compared with the 2014 Umbrella Movement protests in the city, however, is that Hong Kong’s business community has been a much more vocal protester.


It maintains that an extradition agreement with China would severely damage the business climate that has been fundamental to Hong Kong’s success as an economy over the last six decades.

One leading Canadian academic says that, had Hong Kong been more effective in showing the law would deal only with clearly criminal matters, there would have been little opposition from the business world.

“There are a whole bunch of people in the business community who are in Hong Kong from time to time, and they see sometimes that a business dispute in China can lead to someone ending up behind bars,” said Gordon Houlden, director of the China Institute at the University of Alberta and a former Canadian diplomat. “In Canada, similar cases might, at worst, get you sued in civil court. So we are not talking about elements of criminality; we are talking about contractual disputes, with powerful SOEs [state-owned enterprises] or government agencies having accusations against your business contacts. If that hits the business community, that’s where it affects them.”

One example can be found locally: John Chang and Allison Lu, the Canadian owners of Richmond’s Lulu Island Winery, were arrested in China in 2016 after Chinese authorities accused them of undervaluing wine imports. Chang remains in jail and could be sentenced to life in prison.

Former Vancouver city councillor and ex-SUCCESS CEO Tung Chan said the more alarming thing for western businesses operating in Hong Kong is that the city has seen a continued pattern of moving away from “one country, two systems” at the behest of Beijing.

If that pattern continues – even if the current extradition bill gets withdrawn permanently – western businesses would need to start looking for an Asia-based hub alternative.

“This unrest makes people focus, but Hong Kong has been slowly losing its role as a financial hub in the last 20 years,” said Chan, who was born in Hong Kong and maintains close contact with the Cantonese-Canadian business community.

Chan noted that Beijing’s commitment to “one country, two systems” with Great Britain is for a 50-year period starting in 1997.

“We are almost halfway through that period now. What’s going to happen at the end of the 50 years? I don’t think China will adopt Hong Kong’s system, and I don’t think the current system will continue.”

As of 2018, Hong Kong, when ranked as an independent economy, places 10th among Canada’s largest trading partners, with shipments valuing $3 billion, which is more than markets like France and Italy.

The Canadian Chamber of Commerce in Hong Kong did not respond to requests for comment on the extradition situation.

The American Chamber of Commerce, however, issued a statement saying it is “relieved” that Lam suspended the extradition bill, but added that maintaining Hong Kong’s judicial independence is crucial to the city’s appeal to international businesses.

Chan said Metro Vancouver’s sagging real estate sector sees a potential influx of buyers as Canadian citizens leave Hong Kong, and some realtors are going as far as travelling to the city to make the sales pitch.

But Andreas Schotter, a former expatriate executive in China and currently an associate professor at the University of Western Ontario’s Ivey Business School, said businesses dependent on success in the Chinese market may now have more reason than ever to consider “skipping the middle man” if Hong Kong no longer carries the judicial advantage of having a western-style business arbitration environment.

“Eventually, such a move could threaten the international hub status of Hong Kong,” Schotter said of the extradition law.

Schotter added that the challenge for Canadian businesses is finding another landing spot in Asia that would have as many natural links to B.C. and Vancouver as Hong Kong does.

He noted that 300,000 Hong Kong residents – almost 5% of the population – carry Canadian passports.

Likely alternatives like Singapore (5,000 Canadian citizens), Bangkok (5,000) and cities within mainland China (20,000) wouldn’t have nearly the same level of linkage to make them a viable alternative for Canadian businesses committed to Asia.

Another alternative, Chan said, could be to elevate the role of Vancouver in Canada’s trade interactions with Asia. But regardless of the options being sought, there needs to be a Plan B, he noted.

“If you believe in the Chinese market, places like Shenzhen have outgrown Hong Kong in recent years,” Chan said. “If you don’t believe in the Chinese market, it used to be that Hong Kong could be a competitive choice. Now, people can look at Singapore, but Vancouver could be just as good. We have the same language skills and many of the same business links.

“Now, I’ve not seen people successfully try to move things like high tech or import/export back to Vancouver from Hong Kong, because the big time-zone difference is very challenging to overcome. So at the moment, I don’t think businesses need to act drastically to leave Hong Kong; but you need to plan for that day when [one country, two systems] ends.”

Houlden, however, remains optimistic about Hong Kong’s potential to pull out of the protests with its global stature intact.

“The odds are still in Hong Kong’s favour,” he said. “It’s a hard-working place, and people are involved in business. Yes, they want a democratic system, but there’s also the pull of people wanting to get their business done.… So I think there will be a bounce-back [economically] after these events as people go back to work. But if Hong Kong develops a here-we-go-again disruption two weeks from now, and then in September things start over again, at a certain point, businesses will look at the risk of Chinese intervention – and that’s when you will have people considering putting their headquarters in Singapore, Tokyo or Shanghai.”