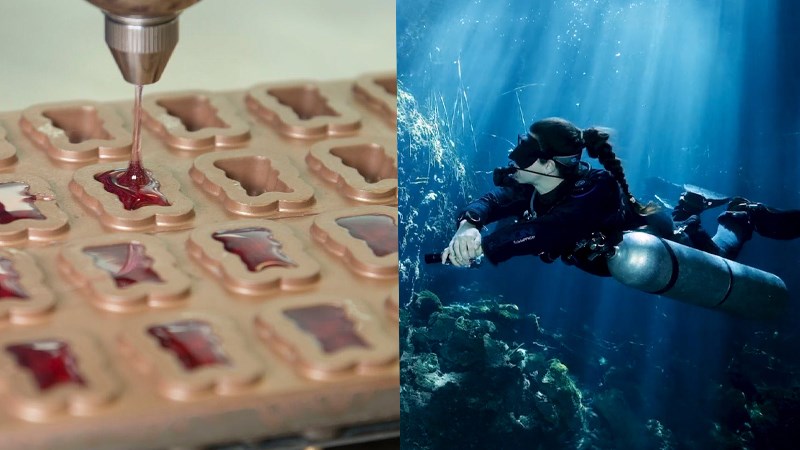 Two Richmond-based companies made it onto a list of the 500 fastest growing businesses in Canada released this week.

Herbaland Naturals Inc., which makes nutritional gummies, and Shearwater Research, which designs equipment for underwater divers, both got a nod from Canadian Business in their annual ranking of the nation’s 500 fastest growing companies.

Companies are selected based on five-year revenue growth. According to a news release from Herbaland, their revenue grew by 1,339 per cent over five years.

They’ve been in the natural gummy-making business since 2009, and their chewy treats are all manufactured at their Horseshoe Way facility, said Heidi Peterson, spokesperson for Herbaland. The company offers several vegan and vegetarian gummies, and is proud of the local ingredients that go into them.

“For the blueberry flavour we actually have blueberries that come from local farms,”she told the Richmond News.

Shearwater makes computers that guide divers on their underwater journeys, tracking their depth and telling them when they need to come back to the surface.

“We pride ourselves on making equipment that’s simple and clear in how it’s used,”Partridge said. “A lot of devices are not easy to operate and not intuitive.”

Back in 2004, he started designing the computers with technical divers in mind. The devices tell those deep divers how many decompression stops they need to make on their way up to return to the surface safely.

But he found recreational divers also liked the simple interface, and now those going underwater for fun to look at reefs and shipwrecks make up the majority of his customers.