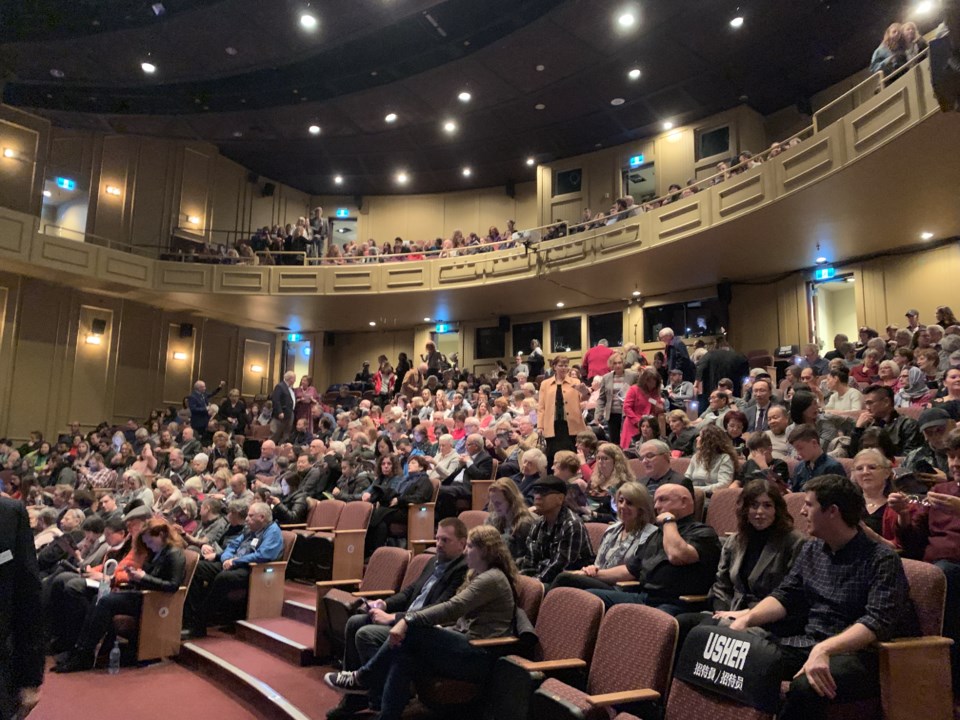 Normally, this is the time of year Richmond’s Gateway Theatre sends out its program for the next season and subscribers start buying tickets.

Gateway Theatre shut down its live performances last February and hasn’t reopened since.

A recent meeting between B.C.’s public health officer Dr. Bonnie Henry and the arts community discussing the possibility of small performances in late spring and shows in the fall gave hope to Barbara Tomasic, Gateway’s director of artistic programs – but then COVID-19 cases hit almost 1,300 on Thursday.

“It’s a roller coaster – and it has been all year,” Tomasic told the Richmond News.

She remembers last March expecting the shutdown to last three to four months and thinking Gateway would be putting on live performances in September. When it became obvious September was out of the question, she then thought Gateway would be up and running by January, only to have her hopes dashed.

So, it was “heartening,” Tomasic said, to see Henry’s concern for the arts community, which has not been prioritized over the past year.

Possibilities outlined by Henry include gatherings of up to 50 people some time in May or June, summer seated outdoor events, and perhaps “normal gatherings” progressively starting up in the fall. And large venues could be back to full capacity by the end of the year.

Now Gateway staff is cautiously planning some outdoor events in the summer and possibly some shows in the fall – all depending on the state of the pandemic.

Summer plans for July, August and September could include some outdoor musical events, but there will be no possibility of any full plays because of the need for physical distancing.

“We’re hoping to ease our audiences back as much as we can so that they start to feel safe again – and outdoors is a nice way to do that,” Tomasic said.

The arts connects audiences with the broader world and creates a shared experience, and this is what has been missing during the pandemic with the loss of arts performances, she added.

“Arts is such a community connector and just like our personal lives what we’ve lost out on is connection,” Tomasic said, adding “It’s hard to put a finger on it until you don’t have it.”

Television and podcasts and other electronic media have been the staple of many during the pandemic, but this doesn’t replace live performances, whether it’s theatre, music or visual arts, Tomasic said.

“Ultimately you’re not connecting with the human spirit,” she added.