Youth will perform singing and dancing to various music genres at the concert.
Mar 26, 2021 7:00 AM By: Valerie Leung 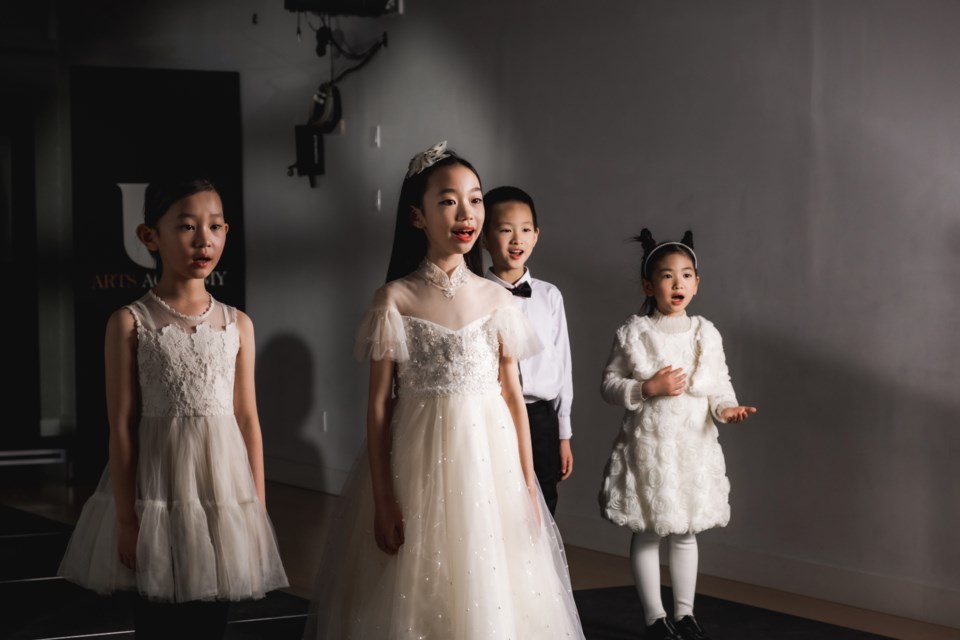 From left to right: U Arts Academy performers Chloe Han, Jocelyn Sun, Jinming Zhang and Lanxin Zhang will be among other students showcasing their singing and dancing talents to raise money for Unicef on March 28. Mighty Land Cultural Communications

A Richmond arts academy is reminding people to cherish their easy access to food and clean water, and to help others in need, especially during the ongoing pandemic.

The pre-recorded concert, titled One World One Love, aims to raise funds for kids in developing countries where COVID-19 has hit.

Fred Liu, co-founder of U Arts, said the concert goes beyond just showcasing the academy’s performers; it also teaches children the value of lending a hand to others in difficult times.

“(The students) are quite excited to finally show their hard work this weekend and they are more proud knowing the concert can help other kids in developing countries,” said Liu.

“Preparing for the concert has been difficult for the kids and the staff at U Arts and Circle Bright because of the pandemic restrictions, so we hope the meaning of the concert can be understood by our audience.”

Liu told the Richmond News the concert was originally scheduled for Christmas, but because of the ongoing pandemic restrictions they nearly cancelled it.

“Working around the restrictions was difficult for the students and our partners at Circle Brights that we almost shut down the project. However, we pushed through because we knew how important and meaningful the concert is.”

The show includes a number of musical theatre programs by youth between the ages of four and 18. Attendees can expect singing and dancing to various music genres including classical, musicals and popular tunes as well as an instrumental performance of Canon in D.

Founder of Circle Brights, Hanying Chen, said preparing for the concert is a project that brought joy to her and everyone who worked together during the past couple months.

“Working with young performers is completely new to me; they are so great and amazing and full of energy that I know it’s going to be a great show,” said Chen, adding she has only ever worked with professional actors before this collaboration.

“I think it’s important to let the audiences know we have to cherish what we have and always keep in mind there are people in Third World countries who are in need of what we have access to every single day.”

While the show is free, viewers are encouraged to donate during the concert – which will be linked on YouTube - to their main cause, Unicef Canada’s COVID-19 response.

The concert will take place on Circle Bright Production’s YouTube Channel on March 28 at 7 p.m.