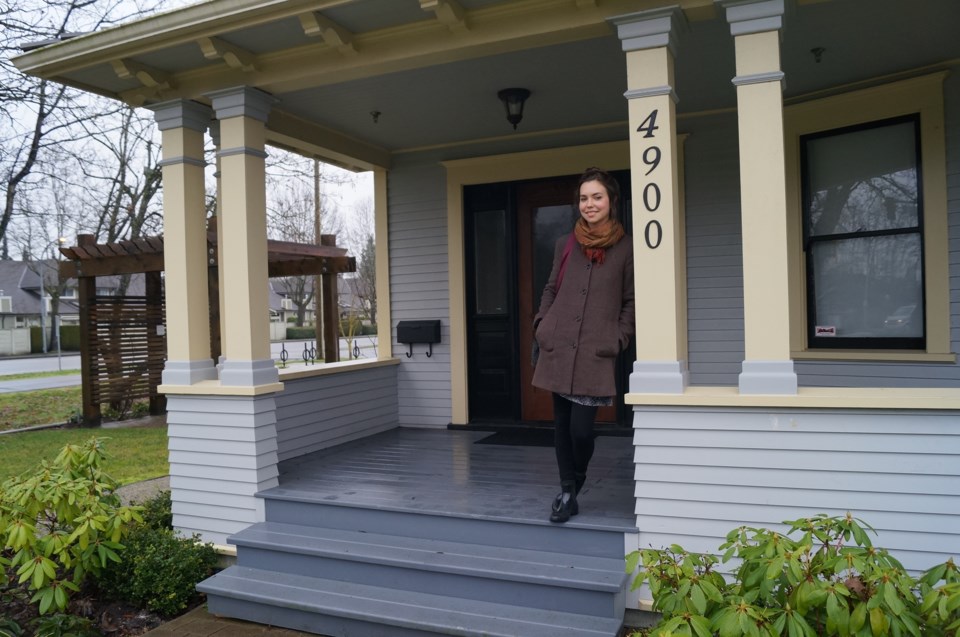 A recently-evicted, 25-year-old Vancouver-based artist will soon take the keys to Branscombe House to become Richmond’s next artist-in-residence.

And, over the course of the next 11 months Keely O’Brien will explore the hot-button topic of housing and how it relates to community- and self-belonging.

O’Brien hopes to keep her art project focused on personal experiences, as opposed to weighing into a fiercely-debated political storm.

“I wouldn’t say it’s about the housing crisis. I don’t want to give that impression. But I do think that was one of the catalysts for me exploring this idea — how do we leave communities? And how do we make new communities? Because it was my personal experience being evicted.

“As an artist interested in building a community-based practice, living in an area with such unstable housing is for sure a big problem. That’s why I was intrigued by this residency, because it encompasses this idea of moving into a new home, and having to leave that home. So I was interested in the idea of exploring the concept of, how do we build communities? How do we make a home? And using the actual structure of the house as a jumping point to explore this,” said O’Brien.

Her art project will be split into three portions. First, O’Brien will explore the process of arriving into a community.

“What’s this place? What is its history? Who is here? How do I fit in here? I’m interested in using the motif of a map, or personal mapping as a way into that,” said O’Brien who, as someone who grew up in White Rock and lived in Vancouver the past six years, admits she doesn’t know too much about Richmond.

“I know it has a rich history, a very diverse population; people from lots of different parts of the world. I’m intrigued to learn,” she said.

The second part of her project will see her reach out to past and future homes using “snail mail.”

Finally, she will explore leaving a home.

“And so, the loss of leaving a home, the memories when leaving it behind and the hope of moving somewhere else,” she said.

She said art can build a sense of community.

“I do have those intentions,” said O’Brien.

She said she will be hosting several free workshops for the community over the year.

“I’m hoping to reach a diverse demographic. It’s a pretty cool setup . . . So, it’s open to anyone who’s interested.”

Prior to being evicted, due to demolition, and coming to Richmond, O’Brien worked as a visual arts teacher for children at Arts Umbrella on Granville Island.

A graduate of Theatre Performance from Simon Fraser University, the trained theatre artist has worked on several successful art projects. Her last one was the Memory Experience, whereby she had strangers anonymously share memories of their Vancouver neighbourhood in a pop-up studio. She is Co-Artistic Director of Popcorn Galaxies, a Vancouver based experimental theatre company

According to the City of Richmond, “Branscombe House is located at 4900 Steveston Highway and is one of the earliest homes built in the area; as such it is significant for its historical association to Steveston and for reflecting the pattern of commercial and related residential development that occurred in Steveston’s early history.”