The community is invited to meet Gratland at tonight's launch event at Richmond City Hall
Jan 24, 2019 10:18 AM By: Daisy Xiong 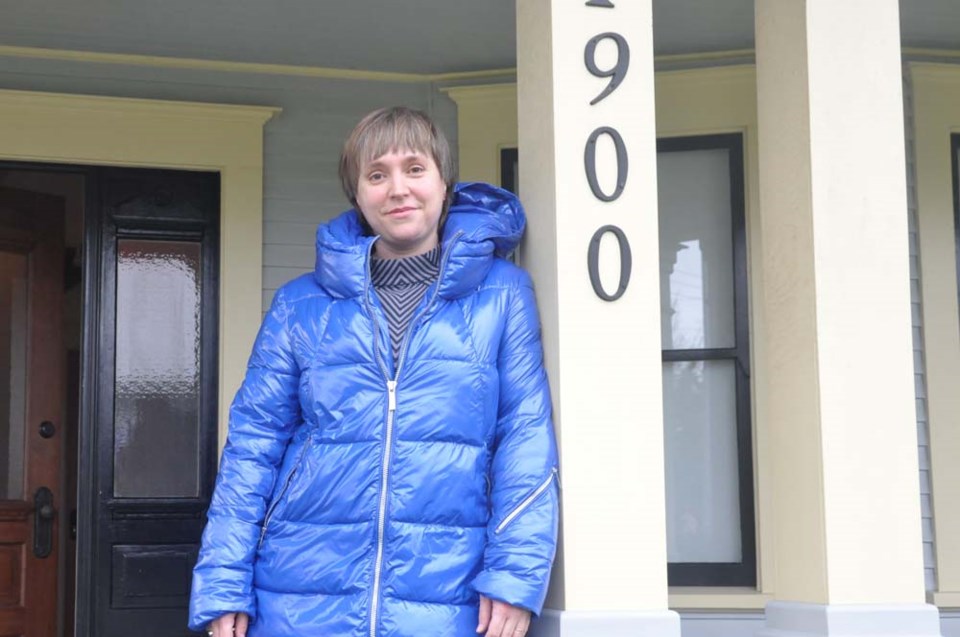 Paige Gratland, the fourth “artist in residence” in Richmond, will meet with the community at the launch event on Thursday, Jan. 24 at 7 p.m. at Richmond City Hall at 6911 No 3 Rd. Daisy Xiong photo

Despite just moving to Richmond and settling down, Paige Gratland has already had a series of workshop and activity ideas she wants to do with Richmond residents.

As the fourth “artist in residence,” Gratland was invited by the City of Richmond to live in the vintage Branscombe House at Steveston Highway and Railway Avenue for a year and share her experiences with the community.

“I would love to host workshops on some of the techniques I use in making my artwork, such as hot foil stamping and leather stitching,” Gratland told the Richmond News.

Gratland calls herself a conceptual artist, who starts with an idea first, then figures out the best media form to follow the idea — she never limits herself to certain media.

Having worked on projects in video, performance, sculpture and printmaking, Gratland has had her works exhibited at art fairs or sold at Art Metropole (AM), a not-for-profit organisation selling works of artists.

“Instead of being like a gallery, (AM) is like a gallery shop, selling smaller (items) such as sculptures, books and sawed donuts. It’s like a collectivity of the worlds,” she said.

Gratland refers to herself as a “queer, feminist artist and labourer,” whose artwork is often labour extensive and related to “the community I belong to.”

“As a queer person, there is always some explaining and translation of your culture that you have to do, just like any other people who are different from the mainstream culture,” she said.

“Part of my work is, after responding to something I see in the world, I will take that thing and appropriate it to kind of reflect a more female-centred, feminist perspective.”

For example, she and her friend did a Tipping project — a collection of portraits of women’s breasts, after seeing an image in a shop with women’s breasts that they found “kind of degrading.”

“These (portraits) have a very different feeling than the one we saw — They are more expressive and personal,” she said.

But her projects are never about a certain community — they are open for anybody to participate in a way that’s meaningful to them, according to Gratland.

In her Tipping project, they had a woman who survived breast cancer, and a senior who saw being a mother as one of the most important roles in her life — they both wanted to document their bodies in a new way.

Gratland said she looks forward to working with local residents on some of the fun art projects at her place.

“One of the reasons I became an artist is because I really see the potential that creative experiences have to bring people together.”

Correction: In the print version published today, the Richmond News mistakenly posted that tonight's launch event is at Branscombe House — the correct location is Richmond City Hall at 6911 No.3 Rd.