These 5 home styles are most commonly seen on the market

What makes a home style popular? Since the onset of the pandemic, the answer has been a little harder to answer as COVID-19 upturned the housing market in unprecedented ways.
Dom DiFurio, Stacker.com Aug 28, 2022 7:00 AM
Listen to this article
00:08:21

What makes a home style popular? Since the onset of the pandemic, the answer has been a little harder to answer as COVID-19 upturned the housing market in unprecedented ways. In the last few years, many Americans shifted from cities outward to suburbs and exurbs, housing inventory shrank in communities coast to coast, and a new generation of buyers entered the market. Buying a home was highly competitive—even more so if it had to fit a buyer's preferred aesthetic.

To better understand the types of houses that hit the market during the pandemic—and Americans' preference for home style— Realm compiled this list of the most popular home styles in the U.S., ranked by the number of homes sold between Jan. 1, 2020, and May 31, 2022. In this analysis, 33 different home styles are compared.

For years, the number of Americans moving each year had declined—a trend that was completely turned on its head when COVID-19 arrived in the U.S. Nearly 32 million people moved homes permanently in 2020, kicking off a period of geographic reshuffling in the U.S., according to Harvard's Joint Center for Housing Studies.

As the millennial generation, America's single largest, comes into more wealth, they're buying first, second and subsequent homes and influencing the trends of home builders. In 2021, a Home Builders Association survey found that more than one-third of millennials were looking for larger homes, influenced by the pandemic.

That was a sentiment shared by a majority of Americans surveyed by Pew Research Center the same year. The demand for more space has no doubt been driven by shifting work culture and affordability trends in dense urban centers. But the type of homes listed in the ranking are also a reflection of available inventory, as older generations downsized and sold their houses, as well as the limited market availability during a period of red-hot housing demand. 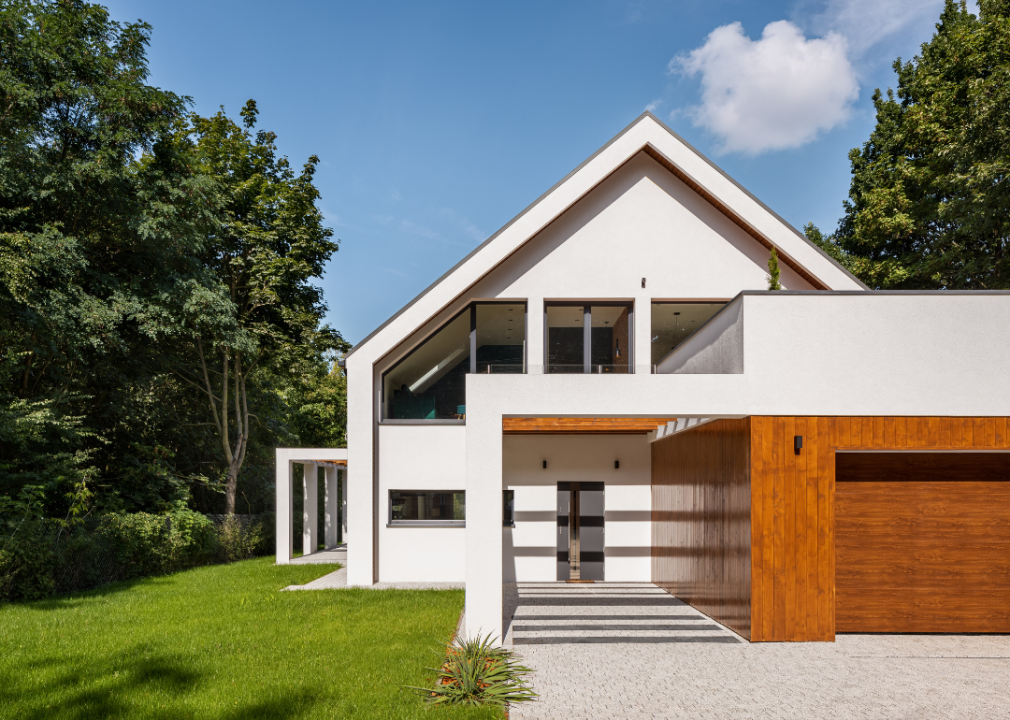 Modern home design is recognizable by its adherence to minimalism, abstract patterns, and a bias toward functionality. This style of home peaked in popularity after WWII.

The modern design movement draws inspiration from the German Bauhaus movement, which emphasized functionality. Storied American architect Frank Lloyd Wright is largely viewed as the father of the modern home design movement, and his architectural designs toss aside fussy decoration in favor of simplicity, large windows, straight lines, and geometric shapes. The natural light-friendly Prairie Style that Wright and other of his contemporaries implemented in early 20th-century Chicago influenced not only homes, but schools and other public buildings. Today, modern homes still incorporate these design elements with modern materials such as concrete and features like numerous windows, neutral and monochrome colours, and airy living spaces. 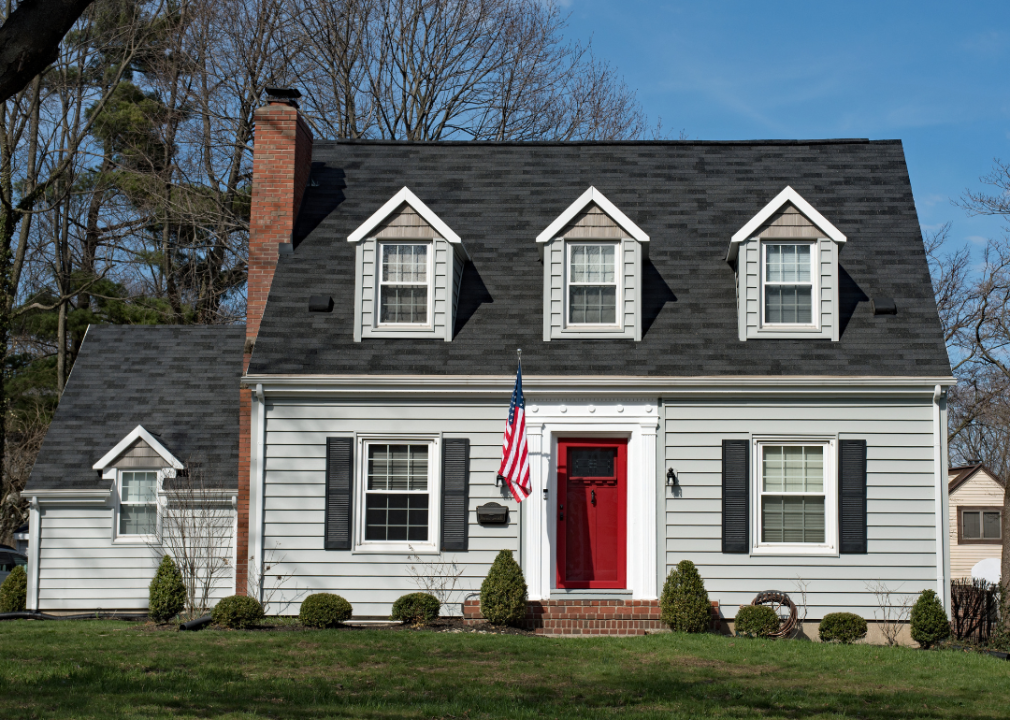 Cape Cod homes are most commonly found in the New England region, especially in states like Massachusetts, Maine, and New Hampshire. Their exteriors frequently have wood siding and are a product of the pre-colonial era in the U.S. Some later-built Cape Cod-style homes might also use vinyl siding to achieve the look.

These homes often feature steep roofs, and prominent chimneys, and were originally designed to withstand colder climates, though they can now be found across the country. 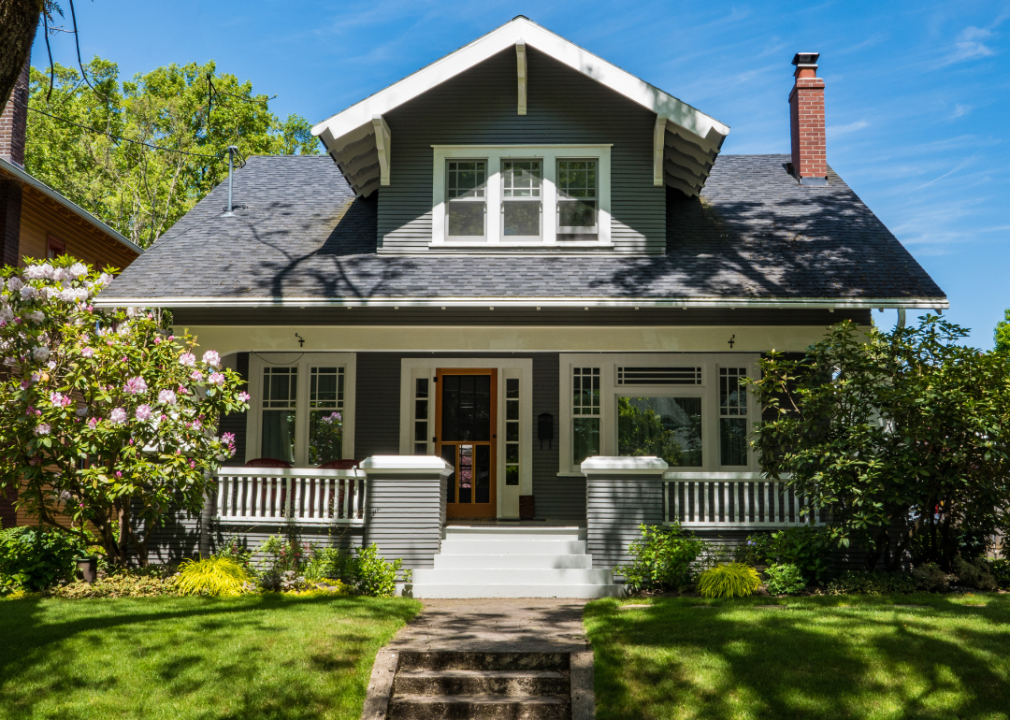 American Craftsman home architecture emerged in the 20th century when it was popularized by architects such as Gustav Stickley. These homes were inexpensive to build compared with more ornate Victorian-style homes in the 1900s, making them an affordable staple in American home-building. They became particularly popular in California, and are often referred to as California bungalow homes.

Demand for this home style rose again in the 1990s as homes in older neighbourhoods built in the 1920s through the 1940s were renovated. The style is characterized by sloping or low-pitched roofs with overhanging eaves, often with exposed triangle braces, multipane windows, and inviting front porches. 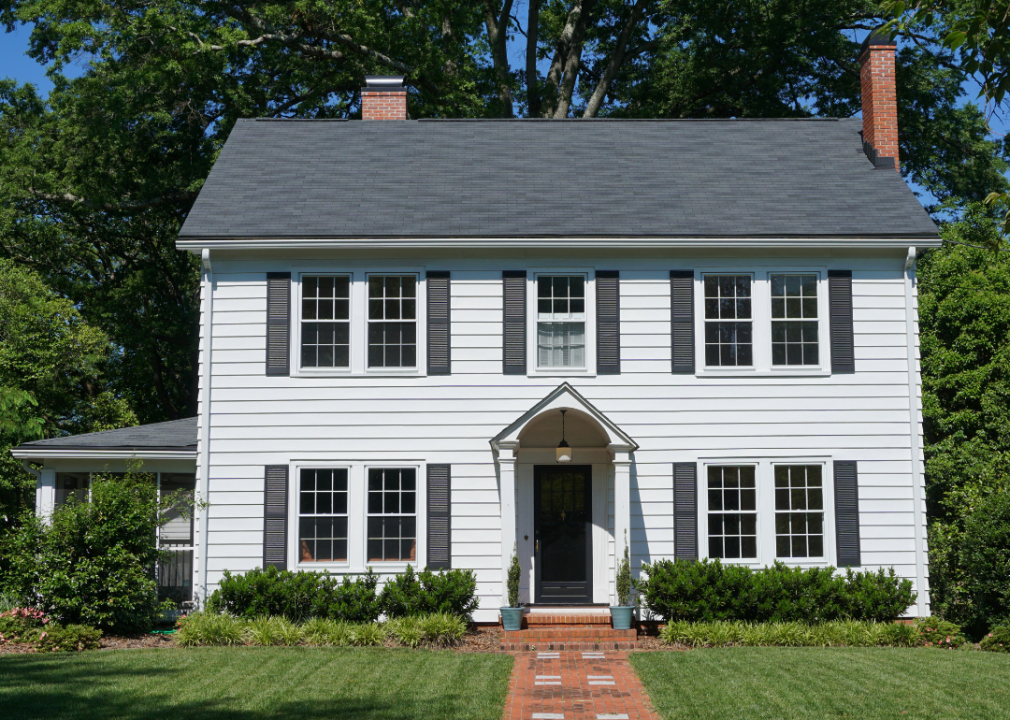 These homes draw their design inspiration from the residences built in the 13 British colonies before the U.S. was formed. A classic New England, Mid-Atlantic or Georgian colonial home of the 18th or 19th centuries is distinctive in its plain exterior. Colonial houses of the 20th and 21st centuries, whether one or two story, are characterized by a centered front door, symmetrical multipane windows, and shingle-laden roofs. Larger two-story colonials can feature a central staircase and chimney or the classic double chimney on both sides of the house.

Today, colonial remains one of the most popular styles of homes on the market, particularly in East Coast and Southeastern states, where many updated colonials are built from brick. 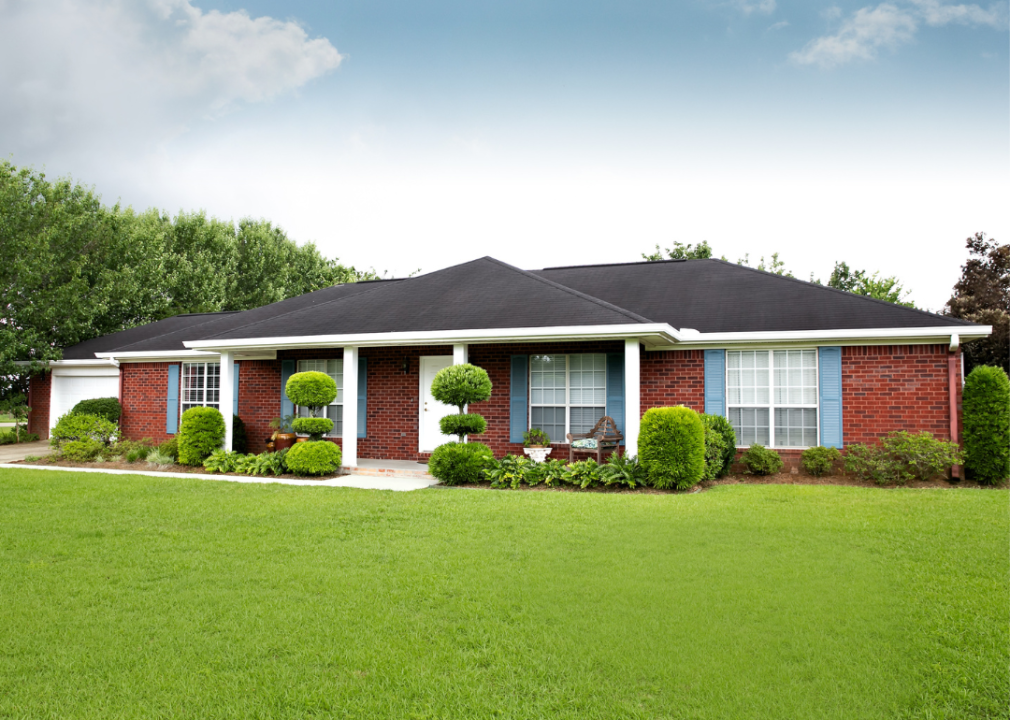 Synonymous with the post-WWII "American Dream," the Ranch style is characterized by its open layout, typically with an attached garage space or a carport. The ranch home foregoes multiple stories in favor of a sprawling single story, often under a gently sloped roof.

Despite the name, it doesn't necessarily entail a farmhouse-type design. Instead, pioneering architect Joseph Eichler designed about 11,000 tract homes during the post-war boom with indoor-outdoor living spaces, open space plans, and lots of windows that were made to be lasting—and affordable. The homes were a hit and Eichler, who was also an advocate of racially integrated housing during the 1950s, hoped his suburban housing communities would welcome all.

Modern-day suburbs were bolstered by the popularity of automobiles starting in the 1920s, which enabled Americans to venture into regions outside of city centers.  As Americans migrated to the suburbs after WWII, they built sprawling single-story homes to live in and designed their communities to accommodate more motor vehicles.

The suburbs have been a popular destination for Americans who purchased homes over the last two years—a report from the Federal Reserve Bank of Cleveland found that Americans moved out of urban centers in droves. Sellers of ranch homes have benefited from this trend.

This story originally appeared on Realm and was produced and distributed in partnership with Stacker Studio.