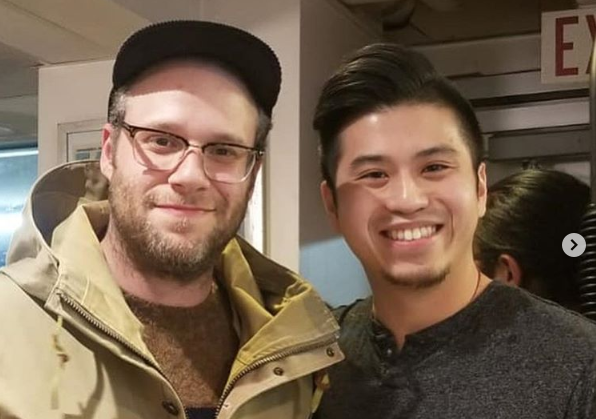 It appears the two visited the restaurant for Chang’s new Netflix series, Ugly Delicious, as evidenced by Chang tagging the show in a post praising the old-style barbecue cuisine.

old school bbq style - one my most favorite things to eat....when done well, as it is here, it’s as good as it gets! @uglydelicious

Rogen gave his own compliment in another Instagram post, saying “the best BBQ places are generally in the underground parking garages of department stores.”

The restaurant seemed pleased with the attention, adding their positive review of the stars’ visit.

Look who swung by the other day @sethrogen @davidchang! I’m glad you guys enjoyed the food! We will continue to work hard to bring the people not just the food they want, but the food they deserve! #davidchang #sethrogen #vancouverfood #bbqmeats #yvr #visitrichmond #igcanada #hkfood #hkbbqmaster #richmondfoodie #richmondbc #lit #thatshowwedo

The celebrity was also spotted recently at Granville Island. Rogen is best known for his acting career, and Chang founded the Momofuku group of restaurants.

The Richmond News has reached out to HK BBQ Master for comment.