Two chefs reunited to collaborate on a steak menu for Canadian restaurants, starting with Richmond.
Mar 12, 2020 7:00 AM By: Valerie Leung 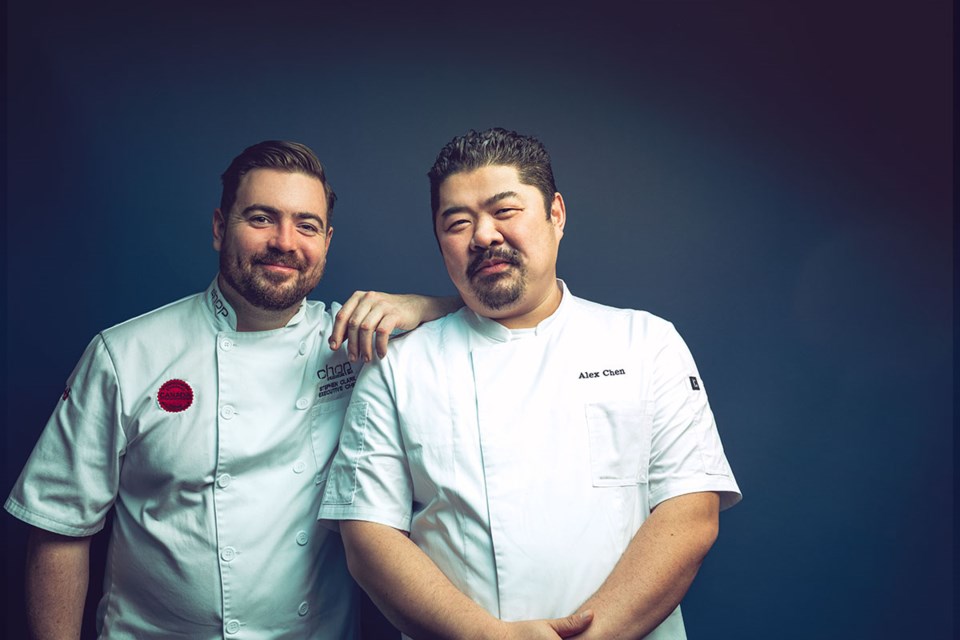 Stephen Clark (left) and Alex Chen were nervous and excited to officially launch their Steak Masters menu with 20 years of friendship supporting it. Photo submitted

Two chefs reunited to collaborate on a steak menu for Canadian restaurants, starting with Richmond.

The pair first met while working at the Wedgewood Hotel in Vancouver two decades ago.

And when both chefs were given the “okay” to showcase an all-steak menu in November, Clark and Chen got to work and had the dishes in the kitchen by January.

“Steak tartare is a pretty classic thing for us to have on the menu and the picahna is like (a dish) ready for summer barbecue,” said Clark, adding that Chen has a “real big thing” for outdoor barbecue these days.

“Tomahawk was just a go big or go home.”

Both agreed that they share similar “philosophies” and “palates” in the kitchen, which created a work environment with good energy.

“I couldn’t wait to work with him to create this menu that celebrates steak as much as it does our 20-year history together in the kitchen,” said Chen, adding that it was easy to work with Clark despite working in different restaurants.

“It’s always tough when we both represent different brands, but it was such a great collaboration.”

The Steak Masters menu is only available in Richmond until April 7.

Clark and Chen’s “steak excellence” menu will be launching in Edmonton, Toronto, Calgary, Regina and Winnipeg throughout the year.