March 29 officially declared Once Upon a Time Day in Richmond

With Once Upon a Time’s final season filmed in Steveston this week, Mayor Malcolm Brodie went on site yesterday to declare March 29 as Once Upon A Time Day in Richmond.

Richmond has been a filming hub over the past three years, with major motion pictures filmed in Richmond such as Deadpool, War for the Planet of the Apes and Godzilla as well as several TV series, including OUAT, Supernatural and The Magicians.

“Once Upon a Time entertained television audiences for seven highly successful seasons,” said Mayor Brodie in a press release. 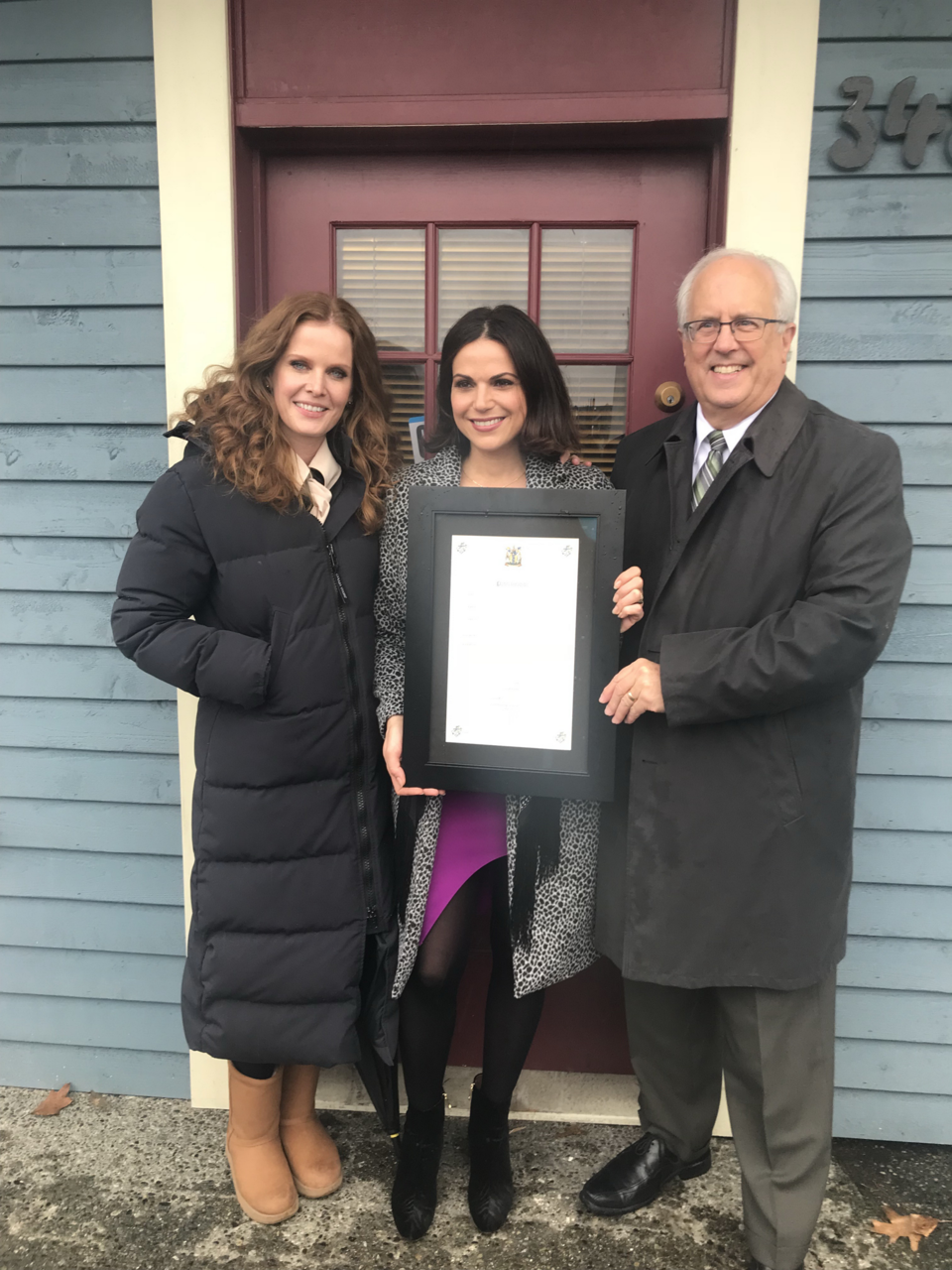 “It also produced millions of dollars of economic impact for our local and provincial economy and it raised the international profile of Richmond. Tourists from around the world have visited historic Steveston Village to see the real life setting for Storybrooke. We’re pleased to offer our congratulations and thanks to the producers, cast and crew as they conclude the series’ successful run.”

Once Upon a Time has created 7,727 full-time equivalent jobs over the past seven years and generated $382.4 million of production expenditure revenue in B.C.

For fans who missed the filming this week, the good news is that some Storybrooke set signage will be left over the long weekend.