How much do real estate TV stars make?

Reality shows like "Fixer Upper," "Million Dollar Listing," and "Selling Sunset" have put home buying in the spotlight, along with their celebrity hosts.
Chandler Franks, Stacker.com Aug 25, 2022 7:00 AM
Listen to this article
00:07:56

As it stands, real estate is a hot topic. Knowing how much someone paid, how much someone saved, and how much someone made on property sales seems to excite endless fascination. Look no further than the long list of real estate shows that have become a staple on TV. Reality shows like "Fixer Upper," "Million Dollar Listing," and "Selling Sunset" have put home buying in the spotlight, along with their celebrity hosts.

Ranging from real estate agents, remodelers and builders, investors, and interior designers, many TV show hosts have become celebrities in their own right as cameras track their home-buying adventures navigating the housing market. But how successful are they really?

Agent Advice spotlighted 10 legends in the real estate TV world—and presented their net worths, according to Celebrity Net Worth, to give a sense of what they make working in the reality TV real estate industry.

Read on to find out how much 10 real estate TV celebs make. Stars are listed in order of net worth. Jonathan and Drew Scott are twins widely known as HGTV's "Property Brothers." The show centers around the Scott siblings as they help couples discover fixer-uppers and transform them into dream homes. The reality series started airing in January 2011 and is still on the air.

Much of the Scott brothers' heaping net worth of $200 million mostly comes from their TV show and various spinoffs, according to a Meaww news article. This isn't their only source of income, though: They are the founders of Scott Brothers Entertainment, own a design platform called Casaza, authored several books, and even developed an app called Property Brothers Home Design. 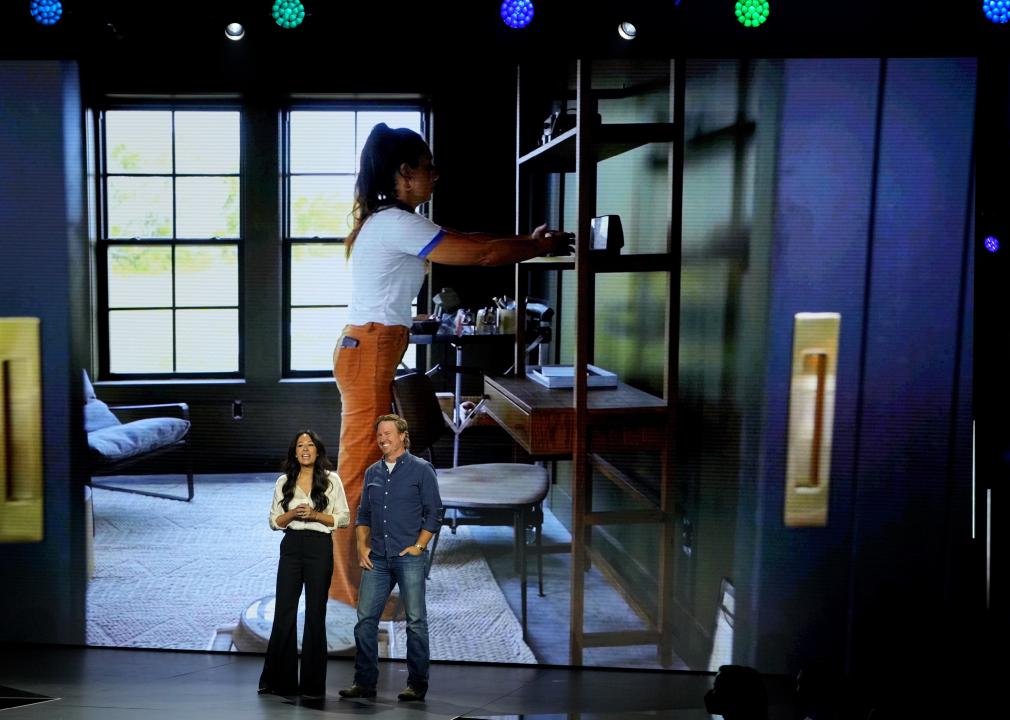 Chip and Joanna Gaines own Magnolia Homes, a remodeling and design business based in Waco, Texas. Their show "Fixer Upper" showcases the process of turning hopeless homes into beautified investments. "Fixer Upper" aired from 2013-2018 over the course of five seasons. The couple reportedly brought in $30,000 per episode, meaning they could have made up to $510,000 in just one season. 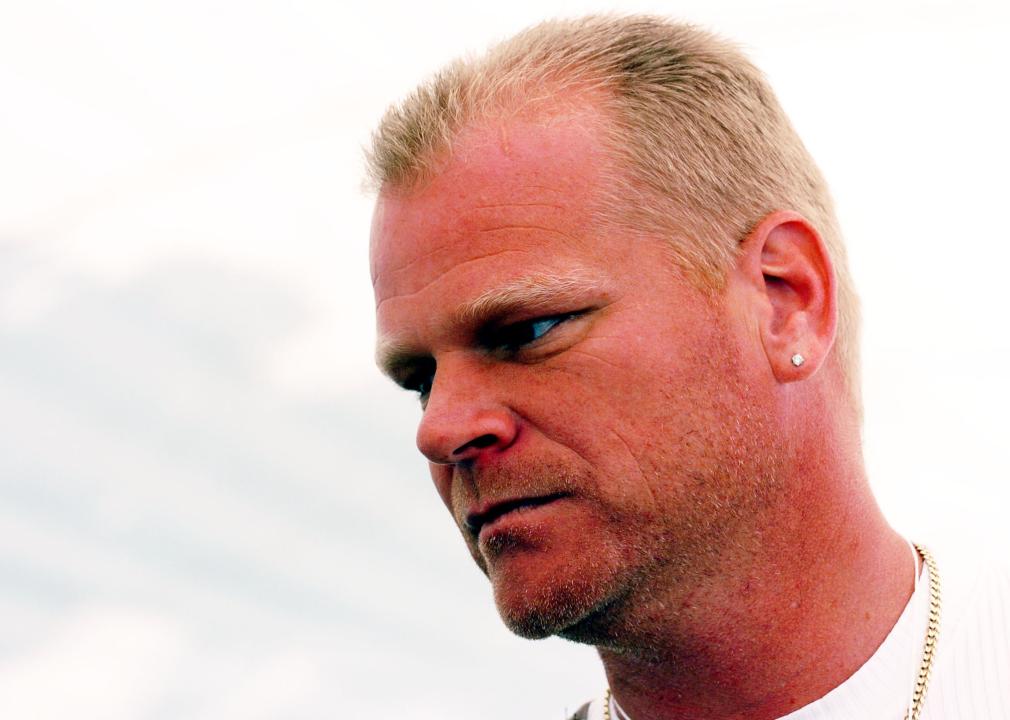 Mike Holmes is a Canadian builder, contractor, and real estate investor. He is famous for being the host of his own home improvement show "Holmes on Homes." This series aired over the course of seven seasons, from 2003-2008. According to Celebrity FM, Holmes used his own money to cover the costs of renovations featured on his show, with a budget of $60,000 to $150,000—and the funding didn't end up being enough.

Holmes also published the bestsellers, "Make it Right: Inside Home Renovation with Canada's Most Trusted Contractor" and "Holmes Inspection." He also created the Holmes Approved Homes program, a contracting company. 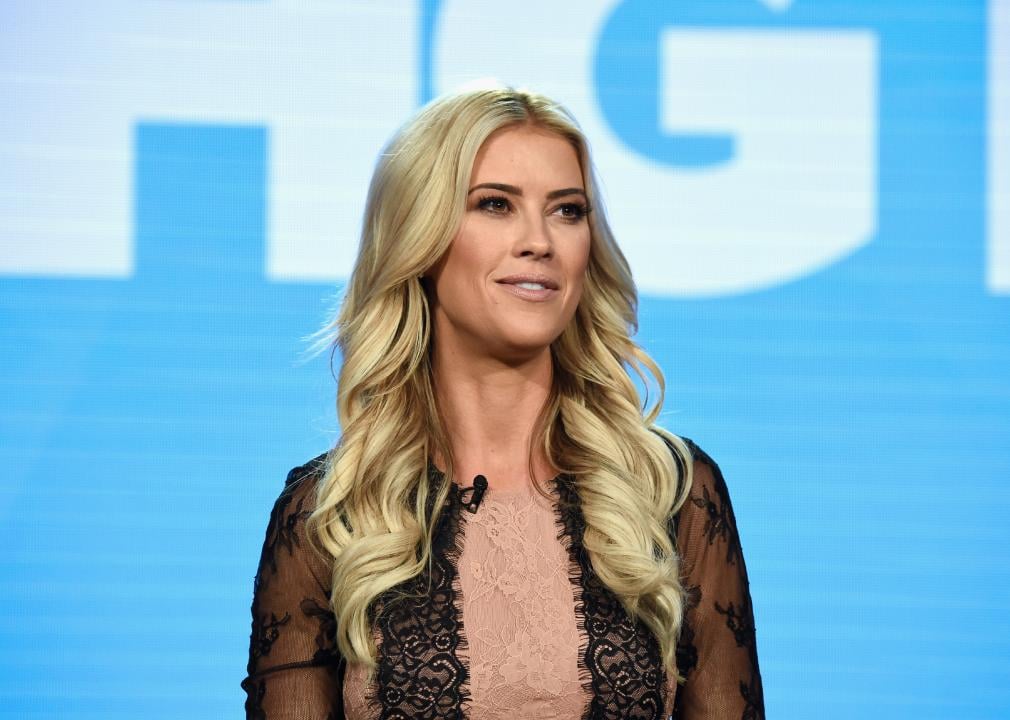 Christina Hall rose to fame as a host of HGTV's "Flip or Flop," which she formerly hosted with ex-husband Tarek El Moussa. She also spent time running their real estate company Tarek and Christina. After her divorce from Tarek in 2016, she started a spinoff series called "Christina on the Coast." This show navigates her life post-divorce as she helps clients flip properties as a solo host. According to Celebrity Net Worth, Hall brought in nearly $50,000 per episode in 2019. 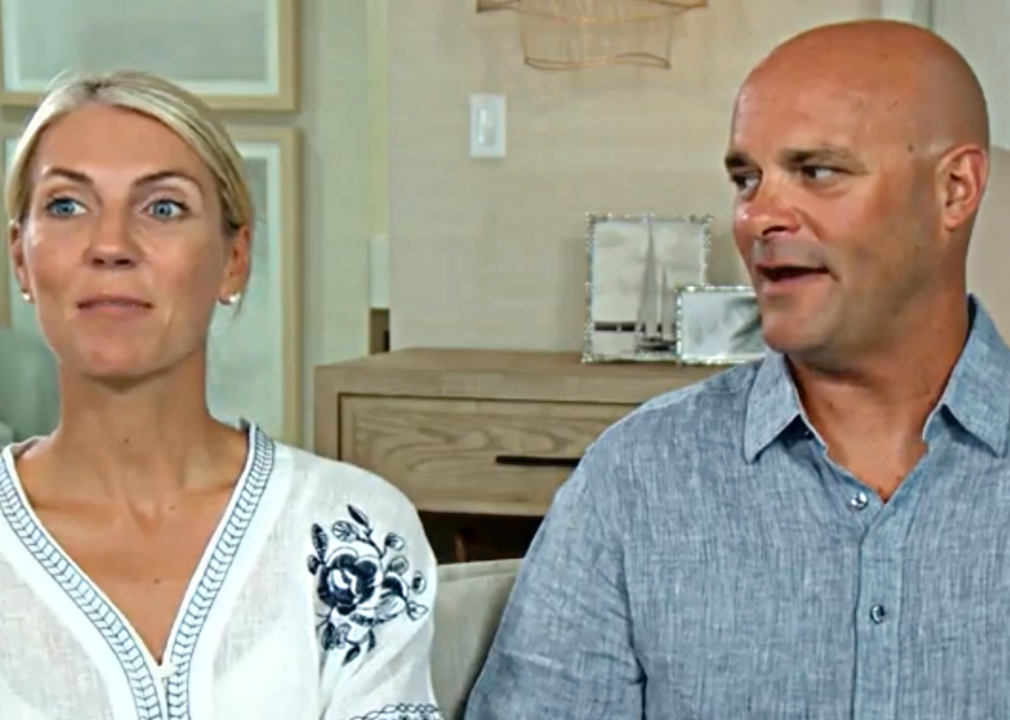 Bryan and Sarah Baeumler are a well known couple who star in the reality HGTV show "Renovation Island," which follows their journey as they renovate a Caribbean resort. Before his debut on the show, Bryan still held a net worth near $20 million. Although exact salaries remain unknown, the couple admittedly invested $10 million into renovating the island. Costs range from $45,000-$50,000 to produce a single episode. 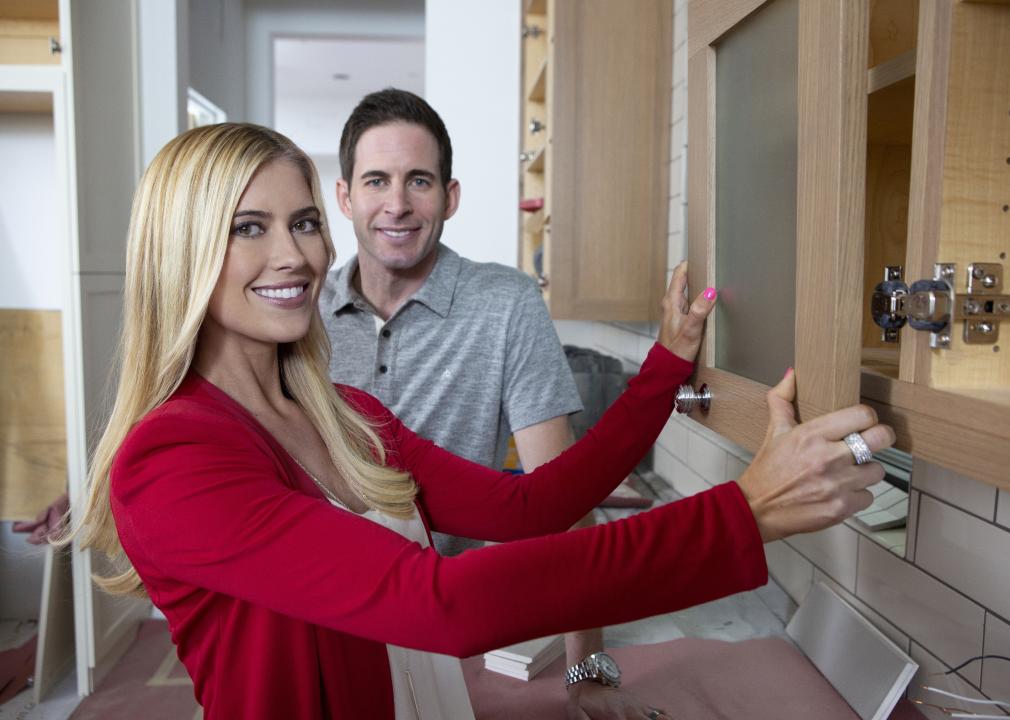 Tarek El Moussa is the host of HGTV's series "Flip or Flop." The show follows formerly married real estate agents Tarek and Christina El Moussa as they buy distressed properties and sell them remodeled at a profit. There are 10 seasons of the show, starting in April 2013 and ending in March 2022. Distractify reported Tarek received a whopping $50,000 per episode. Outside of the show, he has built a career as a real estate investor. 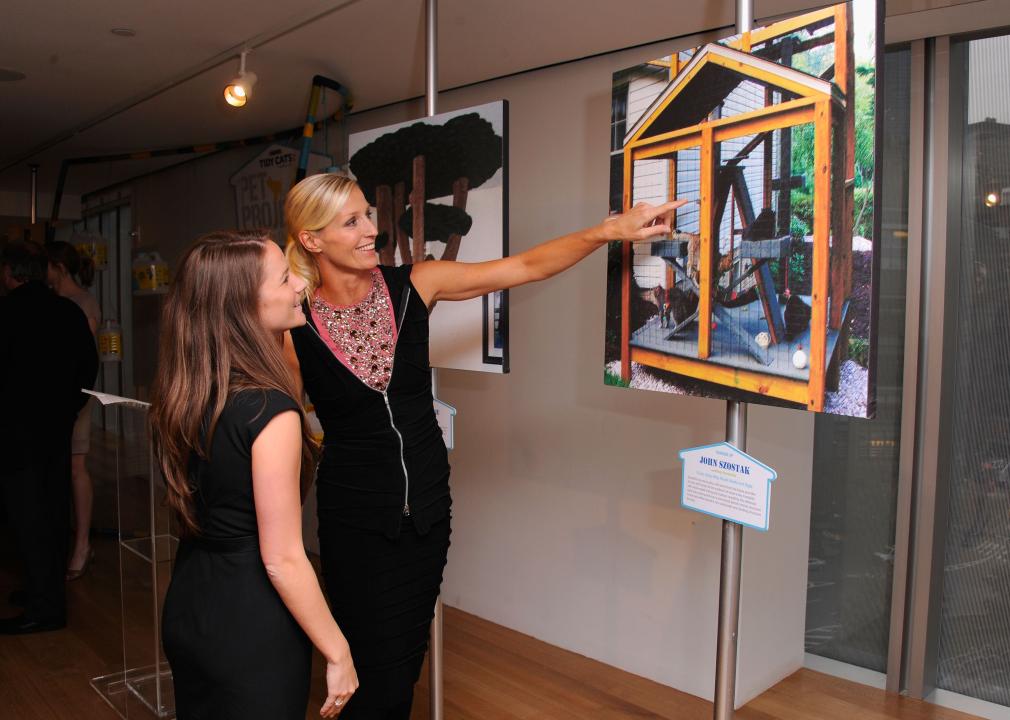 Candice Olson is a Canadian interior designer and the host of the hit HGTV shows, "Divine Design" and "Candice Tells All." "Divine Design" aired for 16 seasons from 2003-2010 and centered around designing homes. Shortly after, "Candice Tells All" aired for six seasons from 2011-2015 and focused more on her inspirations and designing process. Additionally, she launched the Candice Olson collection.

In a Business of Home interview, Olson spoke about the demanding hours required to work on the show, but noted it brought her into the public eye and helped her business expand. 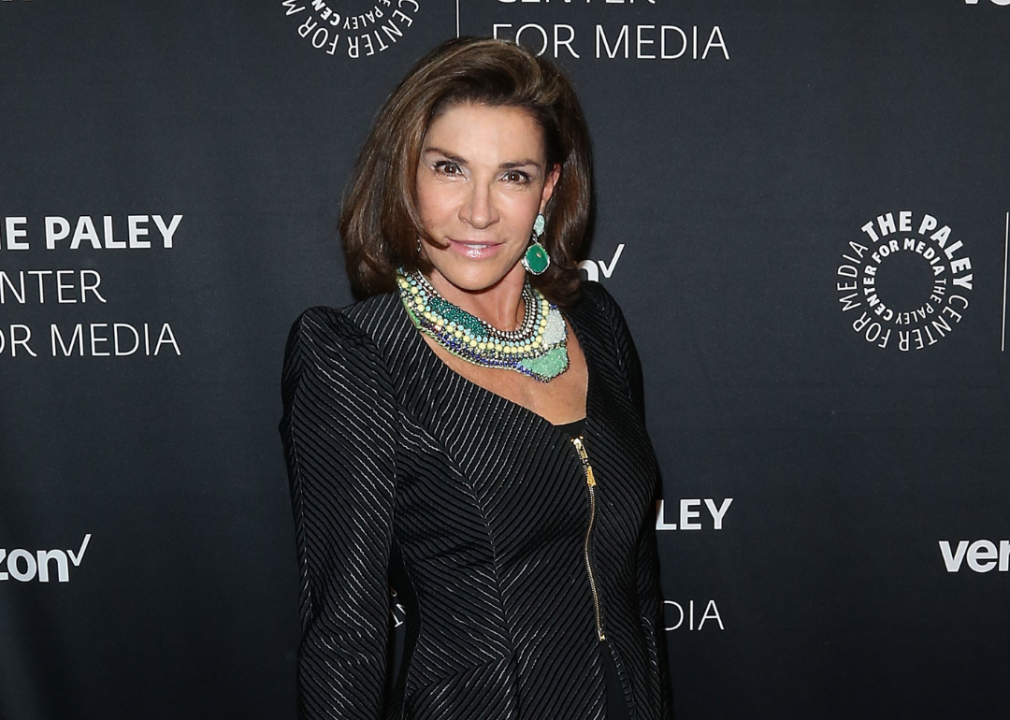 Hilary Farr is an interior designer and star of the Canadian home design series "Love it or List it," which made its release in September 2014 and has been running ever since. This show surrounds couples who choose between staying in their home and renovating with Hilary Farr, or putting it up for sale with real estate agent David Visentin. Due to her artistic eye and tremendous talent, Farr typically wins clients on the show. Although her true figures aren't public, her co-host pulls in an estimated $23,000 per episode. Real estate broker Egypt Sherrod is the host of HGTV's hit shows "Flipping Virgins" and "Property Virgins," both of which revolve around finding clients the perfect home and educating them on real estate investing along the way. She and her builder husband Mike Jackson started another 2022 show called "Married to Real Estate." She is also the CEO of the Atlanta-based Egypt Sherrod Real Estate Group. According to Distractify, her $6 million net worth comes from her work as a realtor, author, and radio/TV personality. 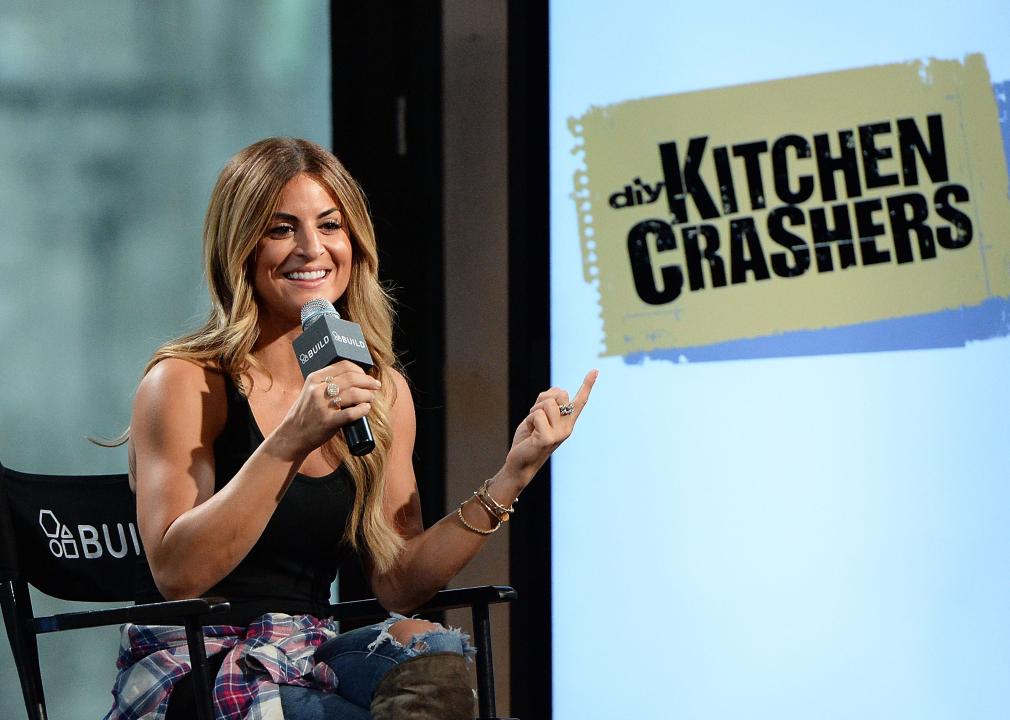 This story originally appeared on Agent Advice and was produced and distributed in partnership with Stacker Studio.