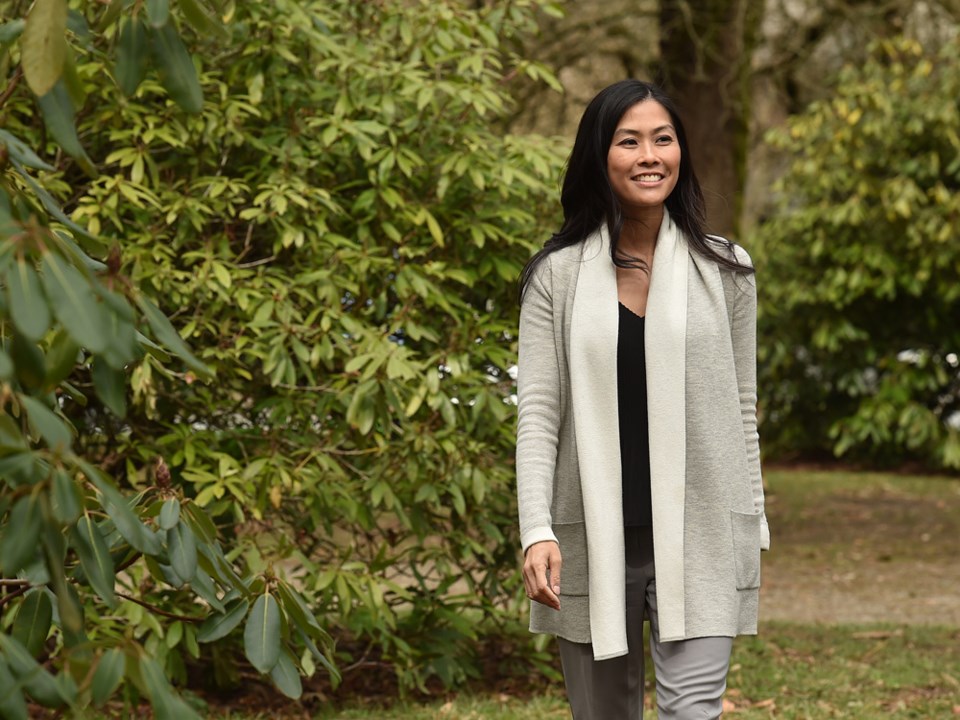 It’s allergy season and that means thousands of men, women and children across the province are preparing themselves for spring and summer and all of the allergens that go along with them.

To help suffers better prepare for what’s to come, the Vancouver Courier spoke with Dr. Joanne Yeung, a Vancouver-based allergist and clinical immunologist and clinical instructor in the department of pediatrics at the University of B.C.

Is there an allergy “season” in Vancouver? And if so, when is that?

The main causes for seasonal allergies in Vancouver are tree pollens and grass pollen. Tree pollen counts start to rise typically in mid-February, but if there is snow fall in February, like Vancouver has seen in the last two years, tree pollens are delayed until March. This ends around July. Grass pollen starts to appear in April and can extend until the end of the summer. If you are unlucky and are allergic to both trees and grass, your allergy season could be as long as six months.

What are some of the most common seasonal allergies you see in Vancouver?

The most common seasonal allergies in Vancouver are due to alder and oak tree pollens as well as Timothy grass. This is due to the vast amount of grassy vegetation in the Lower Mainland as well as the dense tree population. Weed pollens also contribute to seasonal allergies, although this is a bigger problem in eastern Canada. However, even if you are not around many trees, don't be fooled. You don't have to live in a grassy or woodsy area to be affected by seasonal allergies. Even in an urban high-rise condo, you will feel the effects of the pollens. When the counts are high, the microscopic allergens are found throughout the city.

How can you tell the difference between an allergy and a cold?

Sometimes this is difficult even for a physician. The history is informative. If the person has had the same symptoms at the same time in previous years, that is a good hint it’s allergies. Overlapping symptoms include nasal congestion, runny nose and sneezing. However, allergies often also cause red, watery, itchy eyes and an itchy nose, whereas a cold may cause a sore throat, cough and body aches and pains. Allergies will last as long as the allergy season, although there can be good days and bad days, whereas a cold typically lasts three to seven days.

What’s a common treatment for allergies?

There are simple measures that can be taken such as reducing allergy exposure as much as possible. One might stay indoors when the pollen counts are particularly high and keep the windows closed at home and in the car and use an air conditioner instead. However, avoidance may not be practical or even desirable, particularly for those who enjoy the outdoors and children who have recess and play sports outside.

What do you think of nose sprays?

Prescription nasal sprays are highly effective, when used under the direction of a physician and used correctly. In fact, they are more effective than anti-histamines especially for the symptoms of nasal congestion and itchy eyes. However, it’s important to use it consistently at least for a period of several weeks to see the maximum benefit.

Beware of over-the-counter nasal sprays called decongestants. They are helpful in providing short term relief of nasal congestion. However, if they are used every day for more than several days, the nose can become dependent on it and there can be even worse congestion when the person tries to stop.

Is there a natural way to treat allergies?

It depends on what one means by "natural." There are several natural remedies available such as honey products, but none have been proven using randomized controlled trials. Immunotherapy (more commonly known as allergy shots) is a treatment that administers allergen extracts and one could view this as "natural" because it is not a pharmaceutical agent. However, this highly-effective treatment must be prescribed and supervised by a licensed allergist to ensure it’s safe and appropriate for the person. There are similar treatments available for sublingual (under the tongue) administration in specially selected cases. Speak to your doctor to see if one of these treatments is the right fit for you.

How do you test for allergies?

An allergy skin test is the most accurate way to identify environmental allergies. This is done and interpreted by a board-certified allergist.

What is the “Atopic March?”

This is the concept that a person who has one type of allergic condition is more likely to develop other types of allergies. An infant's first sign of being "atopic" or allergic is often eczema. However, do note that many babies have eczema without going on to have allergies. Children with eczema are at increased risk of food allergies. As they are older, they may show signs of asthma and allergic rhinitis (environmental allergies). Therefore, the term "march" refers to the child marching through one allergic condition after another.