Column: The toilet paper rip off

What seems to be the mantra of companies that manufacture household items? Baffle the customers! Baffle is a funny-sounding word, but etymology reveals a sinister side.
Apr 13, 2019 12:59 PM By: Sabine Eiche 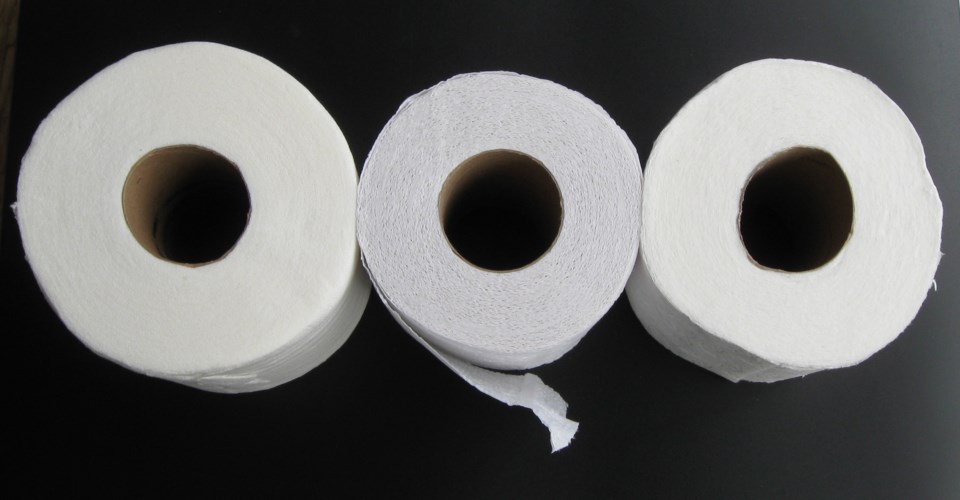 What seems to be the mantra of companies that manufacture household items? Baffle the customers! Baffle is a funny-sounding word, but etymology reveals a sinister side. The word may be related to the French “bafouer” (to hoodwink), and by the late 17th century, to baffle someone signified putting obstacles or difficulties in their way.

I’m baffled every time I shop in the supermarket. Household products, formerly in containers of 500 ml or 1000 ml, now come in quantities that are rarely a round figure. Some brands have a few more millilitres than others, so unless the price per unit is shown, it’s difficult to know which to buy. And the shapes and sizes of containers provide no clues. The worst offenders, however, are the companies that manufacture toilet paper, euphemistically called bathroom tissue.

Over a decade ago I noticed a change in the rolls of toilet paper – the dimensions were smaller, the cardboard core wider and there was less toilet paper wrapped around the core, sometimes wrapped very loosely to make the roll appear larger. Then, the double roll appeared. Oddly, the double roll seemed a déjà vu of the traditional, no-nonsense single roll, which used to have several hundred sheets.

Suspecting that this trend would continue I decided to hang on to an old roll and wrapping for comparison. The deception that’s been going on is mind boggling. And it’s escalating. Several years ago, Charmin’s double roll consisted of 200 two-ply sheets; currently the number is down to 142 (by which a single roll is presumed to have 71 sheets). Charmin also offers the mega roll, purportedly equal to four single rolls; a mega roll has 284 two-ply sheets, in other words 2x142, or 4x71 sheets.

Purex double rolls, a couple of years ago, had 253 two-ply sheets, which means a single roll would have had 126 ½ sheets. The latest Purex deal is 40 rolls of 234 two-ply sheets claimed to be equal to 110 single rolls. Grab your calculator – it works out to 85 sheets per single roll, slightly better than Charmin. And as size goes down, price goes up.

But all this jiggery-pokery isn’t the worst thing about the toilet paper scandal. What appals the most is that our extravagant desire for soft toilet paper, which is made from virgin wood, has led to a massive destruction of Canada’s boreal forest. Over 28 million acres have been sacrificed for the purpose since 1996. Furthermore, the chemicals used in the process make it even more detrimental to the environment than driving a Hummer.

In Europe, as much as 40 per cent of toilet paper is made from recycled products. Over here, hardly any. Greenpeace prepared a guide to recycled tissue and toilet paper in the US, which can be seen here. I recommend that anyone concerned about our forests, climate change and the environment look at it.