Column: The seat of love

Hearts are ubiquitous leading up to Valentine's Day, but what's the meaning behind the symbol?
Feb 14, 2019 7:00 AM By: Sabine Eiche 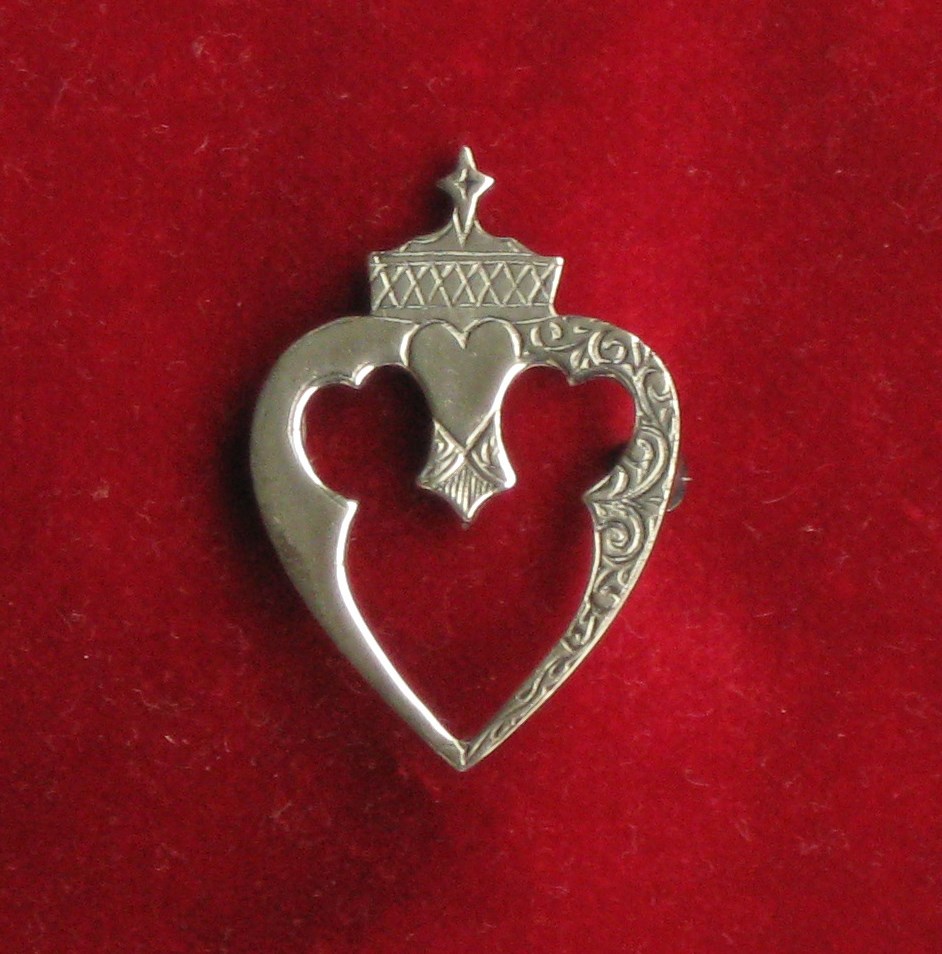 The Luckenbooth brooch, a Scottish symbol of love and loyalty, is in the shape of a heart, or intertwined hearts, surmounted by a crown. This one shows three cut-out hearts and one small filled-in heart at the apex beneath the crown. Photo: B. McCarthy.

We’re in the season when shops are prominently displaying hearts, thanks to Saint Valentine whose name is linked to love. But how did love and the heart get linked? It all started thousands of years ago, when Aristotle (4th century B.C.) and Galen (2nd century A.D.) believed the heart to be the key organ of the body and the one most closely related to the soul. It was deemed the central powerhouse of intelligence and all emotions—and, therefore, also the seat of love.

During the run-up to Valentine’s Day, we can’t look anywhere without seeing hearts beckoning us to express our love in material ways. Then, abruptly after Feb. 14 the heart is put on sale and the Easter bunny pops up.

If the heart’s role according to the consumers’ calendar is ephemeral, the same is not true of language, for which we can thank those ancients who pondered the many and varied properties of the heart. The very word heart (from the Old English “heorte”) is at the core of other words, such as hearten, heartless and heartily. In fact, core itself is thought by some to derive from “cor,” the Latin for heart. Bravery was also believed to have its source in the heart, as is clear from the word courage, which likewise comes from the Latin “cor.” Remember King Richard I of England, known as Richard the Lionheart for his fierceness and bravery?

When it comes to English idiomatic expressions, the heart hardly stops beating. The phrase, the heart of the matter, meaning the key point, harks back to the heart’s role as central to life. Did you ever memorize poems, that is learn them by heart? Mental skills, such as memorizing, were thought to originate in the heart.

Compelling mental images arise when the heart gets involved with extreme negative emotions. We say a person’s heart sinks into their boots when, gripped by fear, they feel their heart plunge until it hits bottom. If someone is eating their heart out it means they’re suffering severe disappointment. And if you inflict severe disappointment on someone, then you could be accused of breaking their heart. Flirts are often known as heart-breakers.

Staying with love—to lose your heart means to fall in love. Still, some people tend to misplace their heart before they lose it. But when you finally do lose your heart for good, if you’re lucky it will be a case of finders keepers.