Column: The dilemma of believing 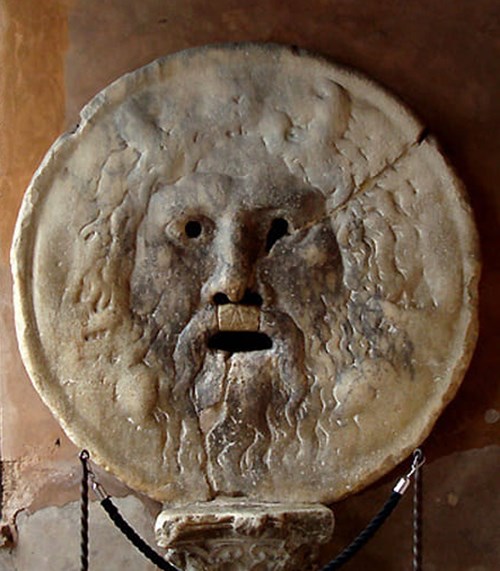 Bocca della Verita (The Mouth of Truth) in Rome.

A guffaw was not the response I expected. I’d asked a friend, a historian who was also a Dominican friar, if he could recommend a book about Lutheranism written by someone other than a Catholic or a Lutheran, explaining that I wanted an unbiased history. My wise friend knew, of course, that there could never be a neutral account of anything. Knowing what to believe is far from easy.

Long ago, believing was a more straightforward process, if the history of the words belief and believe is to be believed. The Old English “belyfan” (to have confidence in a person) is the source of our word believe, together with an earlier form, “geleafa” (literally to hold dear, to love), which is also the source of the modern German “glauben” (to believe). An archaic word in that family still occasionally appears in English – the adverb lief, meaning dearly, gladly, willingly, used to indicate choice or preference. Belief, in Old English, signified confidence or faith; by the 16th century, it referred to the conviction of the truth of an alleged fact.

The second century Roman writer Aulus Gellius is credited with the saying, “Truth is the daughter of Time.” Josephine Tey, a Scottish writer of mystery stories, adopted the aphorism for the title of one of her most brilliant books, The Daughter of Time, published in 1951. In the story, Inspector Alan Grant of Scotland Yard lies in the hospital with a broken leg. A friend, aware that Grant is a physiognomist (one who studies faces to understand character), brings him pictures of historic people linked to mysteries. Grant’s attention is held by a portrait of someone who he decides has the look of a man “used to great responsibility, and responsible in his authority.” It turns out to be the Yorkist King Richard III (1452-1485), generally known as the murderer of his young nephews, the Princes in the Tower. Grant starts to chip away at the history of Richard III as recorded in schoolbooks and popular sources, eventually discovering that his villainous character was a myth fabricated by the Tudors to discredit the House of York.

Propaganda is what we would call such a ploy today. (Propaganda originally referred to the “Congregatio de Propaganda Fide,” a congregation of cardinals established by Pope Gregory XV in 1622 to oversee missionary work. By World War I, propaganda had acquired a political significance, and that is how the term is now commonly used). We’re getting a lot of propaganda from President Trump and his team, directed against anything and anyone standing in his way. President Trump, on the other hand, complains that his adversaries are propagandising against him. He calls it fake news. He doesn’t accept what his adversaries say, and his adversaries don’t accept what he says.

How are we (that is, the rest of the world) supposed to know or be able to decide what to believe? Many, especially of the younger generation, have lost their critical faculty and probably won’t find it again until someone invents an app for the purpose. What about common sense and common knowledge? Those, too, got lost somewhere along the way. They’ve been replaced by the University of Google.

So what should we do? Well, we should keep asking questions as we quest (both words have their root in the Latin “quaerere,” to ask, seek) after truth. And we should pay attention to any niggling feeling that we haven’t been told the whole story. Sometimes it’s what’s missing that leads to the truth – think of Conan Doyle’s “The Adventure of Silver Blaze,” in which Sherlock Holmes questions why the dog did not bark in the night. Finally, we should keep an open mind, hone our critical skills (and if we don’t have any to hone, we should hurry up and get some), and never ever stop wondering.