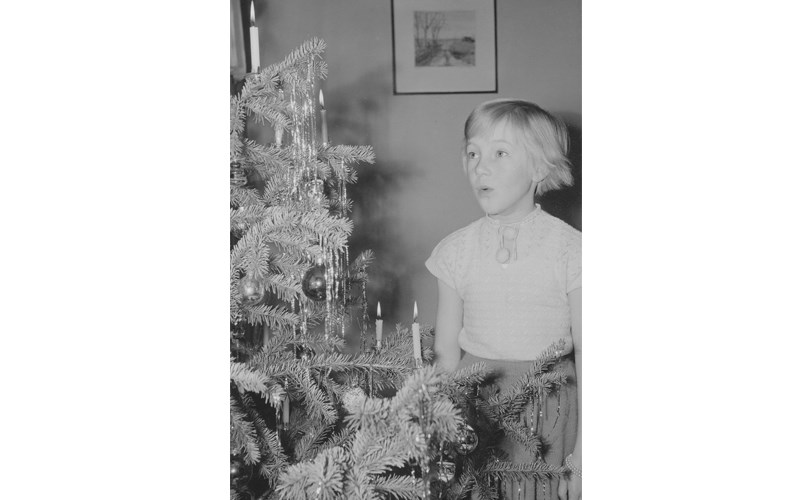 Good Christmas memories are more precious than presents. My best memories are from my first years as an immigrant child in Canada. The Advent calendar, a tradition started by Lutherans in the 19th century, was an essential part of the weeks leading up to Christmas. My mother would buy the calendar on Robson or Fraser, where German stores lined the streets. It was often sprinkled with silver glitter and represented the facade of a house. Every calendar day corresponded to a closed window, which opened to reveal a picture with a Christmas theme.

On the first Advent, the first of the four Sundays before Christmas, my mother presented us with the “Bunte Teller” (German meaning colourful plate), a large plate filled with sweets such as marzipan, chocolate Santa Clauses and chocolate-covered “Lebkuchen” (gingerbread), as well as walnuts, Brazil nuts, almonds, hazelnuts and mandarin oranges. Adorning our Christmas tree were not only ornaments and tinsel but also treats, and when our Bunte Teller was depleted, we plundered the tree.

For a long time we’d have a real Christmas tree, and for the first few years we even decorated it with real candles. The tree was put up a few days before December 24th, and slowly but steadily presents would accumulate beneath it, including a big parcel from our relatives in Germany. This was usually unwrapped first. Once the tape and string were removed and the brown paper torn off, we’d open the parcel to find little pine branches tucked between the gifts. The faint aroma of pine needles that wafted out always sparked a fleeting moment of homesickness.

When my parents were out of the house I phoned my friend and asked her to measure the box that had contained her skates and then weigh everything, so that I could compare it to the size and weight of the present I’d spotted under our tree. She called me back with the desired information. I got out my ruler – and yes, the size of the box matched hers exactly – and then the bathroom scales, and again, the weight was identical, give or take an ounce or two. I was so thrilled to have been granted my wish, that even having guessed what was in the box didn’t diminish the happiness I radiated when I opened the present on Christmas Eve. I’ll never forget it.

Now I wish that children may always have Christmas memories as wonderful as mine to cherish. They’re memories that will never lose power or risk cyber attacks or be stolen. They’re also priceless.