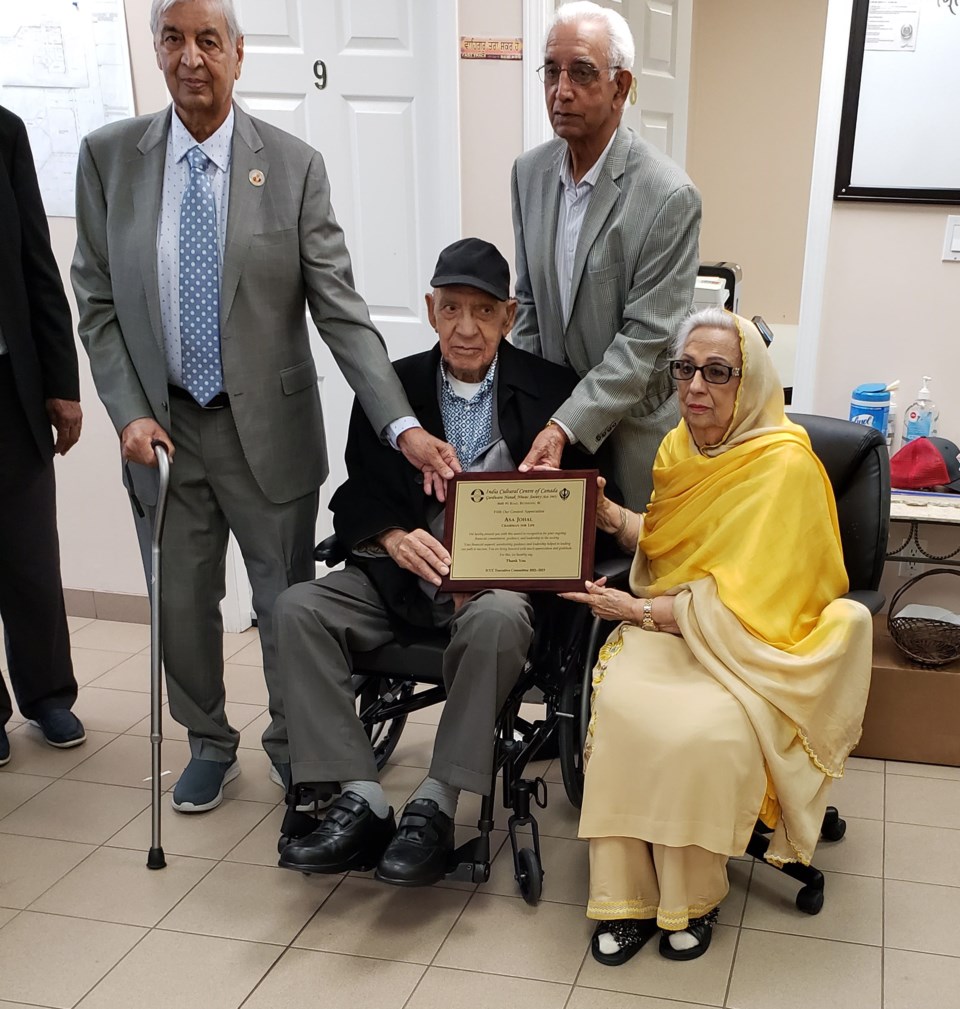 One of the leaders in Richmond’s Indo-Canadian community has been recognized by his peers.

Asa Singh Johal, 98, - described as a “great pioneer, industrialist and philanthropist” – and his wife, Kashmir Kaur Johal, was presented with a certificate and plaque by the management committee of India Cultural Centre of Canada on No. 5 Road.

Roots of the Indo-Canadian community in Canada go back more than 130 years and pioneers such as the Johals have made a commendable contribution to the growth and development of the country.

Asa, who came to Canada in the mid-1920s as a toddler with his parents from India, quit school and started working in the lumber industry as a 14-year-old.

Over the years, with hard work, perseverance and dedication, he managed to establish a formidable lumber enterprise - Terminal Forest Products Ltd - on Richmond’s Mitchell Island, providing employment to thousands of people over the years.

They also funded an auditorium for a girls secondary school in his native village in Jandiala, India, as well as being the founder and major donor of the India Cultural Centre of Canada Gurdwara (Sikh Temple) Nanak Niwas on Richmond’s Highway to Heaven.

“The management committee of India Cultural Centre of Canada is very proud of (Johal).”