Bears are waking up from hibernation hungry and are making their way into urban neighbourhoods, including Coquitlam, Port Coquitlam and Port Moody where volunteers, bylaw officers and conservation officers are working to encourage people to eliminate all animal attractants
Apr 28, 2021 3:17 PM By: Diane Strandberg 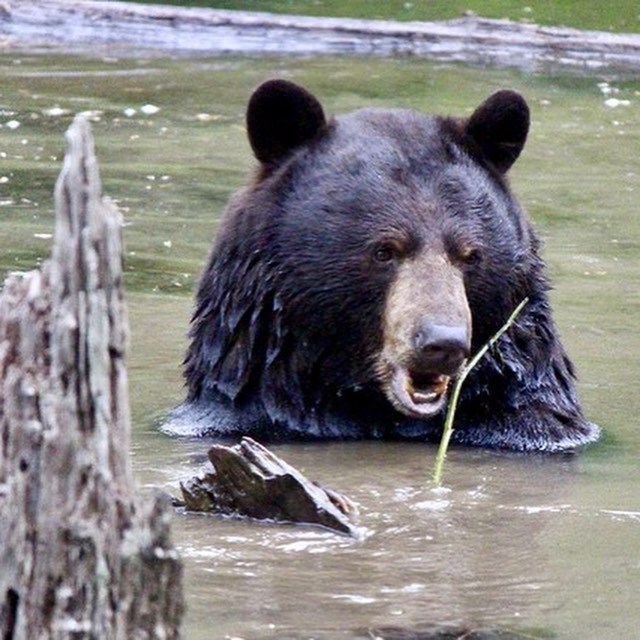 Keeping attractants locked up is the best way to keep these beautiful animals wild and out of urban neighbourhoods. Charles Harris photo

A map of bear sightings from across the Lower Mainland shows dozens of black bears heading to urban neighbourhoods in search of an easy meal.

The reports from Vancouver through to Maple Ridge and including the Tri-Cities come as bears are emerging from hibernation. Each report shows bruin activity — with many seeking calories to bulk up after a long winter.

And in some cases, the bruins are turning to garbage and compost to get their fill — a problem Conservation Officer Alicia Stark says could result in conflicts this summer if bears become habituated.

“If garbage is easy access, they are hungry. They are going to go after that,” said Stark, who works for the BC Conservation Officer Service.

Many neighbourhoods, including those bordering on greenbelts or up against forests, are seeing the most calls.

But bear sightings have also been reported in Vancouver, Burnaby, the North Shore, Surrey and Maple Ridge.

In Coquitlam, Port Coquitlam and Port Moody — communities that border on greenbelts and mountainous wilderness — dozens of reports have been made in recent weeks.

The Wildlife Alert Reporting Program keeps track and shows whether it’s a sighting or a bear getting into attractants such as garbage and compost, bird feed, pet food and dirty barbecues.

In one case in Coquitlam, someone reported a bear had damaged property.

Stark says bears have good memories and they may return to neighbourhoods where they obtained food last year — often bringing their cubs with them.

In some cases, they’ll even go after food in cars as one bear did in search for some fried chicken last spring in Port Moody.

There was no chicken left in the vehicle — only a smell — but the vehicle was ransacked before the bruin figured that out.

Stark said she wants to get the message out now to let people know bears are awake and to manage their attractants.

Social media is full of photos and videos of local bruins walking through trails at Mossom Creek in Port Moody, swimming in the Coquitlam River, and strolling through Port Coquitlam neighbourhoods.

But peaceful scenes of bears frolicking could quickly turn into a chaos-filled summer if people don’t manage their attractants.

Last year in the Tri-Cities alone, there were more than 2,000 calls about bears, and as many as 15 bears had to be destroyed because of conflicts — mostly because bears got used to eating people's garbage or other attractants, and wouldn't leave.

People who don’t secure their garbage or other attractants in the Tri-Cities could be hit with a $230 fine from a conservation officer or a $500 ticket from a city bylaw officer, depending on who is following up.

To get the word out, Coquitlam, Port Coquitlam and Port Moody are working together on communication to urge residents to secure garbage and other attractant.

And the Tri-Cities Bear Aware group handed out pamphlets to Port Moody residents with tips on staying bear aware.

As for Stark, she urges people to clean up their yards but not to hesitate to call in something as small as a bear sighting. “We want to hear about that so we can help mitigate the issues before the bears become habituated.”

• Residents are encouraged to call the RAPP line (1-877-952-7277) with sightings, or other wildlife issues and to lock up garbage, remove bird feeders and pet food, manage compost by adding extra brown material and clean barbecues after use.

The most stunning Grouse Grizzly bear snaps this year (PHOTOS)
Nov 7, 2020 8:30 AM
Comments