Many skilled workers laid off during the pandemic have moved on to other sectors
Apr 7, 2021 12:45 PM By: Tyler Orton 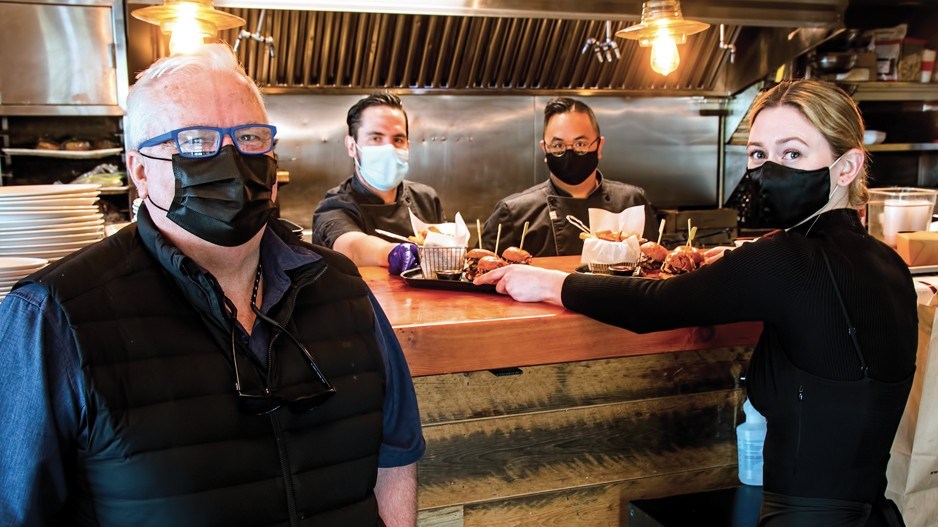 Restaurant owners got a wake-up call on March 29 that reminded them of how precarious the COVID-19 pandemic and health orders to contain it have made the hospitality and tourism sectors.

New provincial health orders in effect until April 19 ban in-restaurant dining, although meals can be enjoyed on patios, picked up or ordered for delivery.

Restaurant owners were just starting to believe that sales could stabilize, and that loosened restrictions could follow, alongside widespread vaccinations. Instead, they join their hotelier counterparts in a state of suspended animation.

Many hotels have operated at about 25% occupancy, or less, for months. Operators laid off staff proportionally.

Now some restaurant owners are again forced to lay servers off, or at least cancel some shifts – particularly at restaurants that do not have patios.

But in the months ahead, if all goes well, restaurant owners will have a different kind of problem: finding skilled workers.

B.C.’s sluggish vaccine rollout is expected to accelerate, and as customers get vaccinated and travel restrictions loosen, business could start to boom again.

Cooks and chefs are in high demand, and BC Restaurant and Foodservices Association CEO Ian Tostenson told BIV that demographics also play a role.

Chefs often gravitate toward management roles or other parts of the industry as they age, and the younger generations have not been filling the void, he said.

Tostenson added that pandemic-related layoffs may have prompted some to learn new skills and move to other sectors. The B.C. government has drafted about 1,400 laid-off hospitality-sector workers to help in non-clinical roles with the province’s vaccination campaign. Some of those may see more long-term opportunity in health care.

“We won’t know for a while, but we’ve lost a lot of workers,” said Tostenson of the pandemic’s impact. “I would say 25%.”

Tostenson has long been advocating for enhancements to the federal government’s Express Entry Foreign Worker Program, which is aimed at bringing skilled labour to Canada.

“When you’re doing the level of volume that we’re doing… you definitely need, skilled labour,” said Kelly Gordon, a principal at the three-restaurant Romer’s chain and the Steamship Grill and Bar. “We’ve used the foreign worker program. It’s been very difficult to attract domestic workers, especially on the kitchen side.”

Industry observer, blogger and VancouverFoodster.com owner Richard Wolak, however, expects the industry to be resilient.

“The chefs haven’t left the industry. They were just laid off. Now, everyone is hiring them all back. I’ve seen so many ads right now. Everyone’s hiring. Everyone is trying to find chefs.”

“If you work at a front desk, you need to know the technology. You need to have excellence in guest service, and in dealing with the public.”

Jarrett added that hotels also employ IT specialists, accountants and other professionals.

Unite Here Local 40 has been advocating on workers’ behalf during the pandemic, and spokeswoman Michelle Travis told BIV that most workers want to return to their jobs, and they are concerned that hotel owners will attempt to terminate them and hire cheaper labour.

Hotel executives, however, have told BIV that they reluctantly laid off staff and have been doing all they can to rehire longtime workers.

“We have been able to bring some of them back over the past year, but not nearly as many as we would like, or hope,” said Robert Pratt, CEO of the Sandman Hotel Group, and Sutton Place Hotels.

“We have kept in touch with the majority of our laid-off people. Some have found other work and have moved on, but a good number of our team members are anxious to return once business improves.”

While Pratt said competition for top talent is always high, he is confident that his company will be able to find needed recruits.