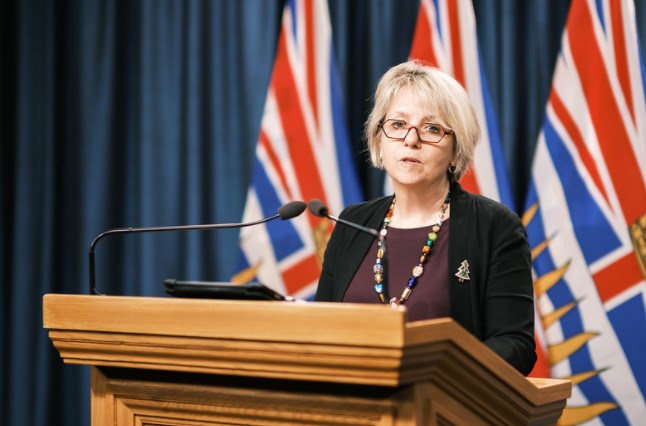 Unfortunately, there were 14 new deaths from the virus, pushing the province’s death toll from COVID-19 to 1,168.

B.C. recorded 407 new cases of the virus in the past day, according to government statistics. That is up from the 346 new cases detected yesterday, but down from the average 513 cases detected on a daily basis so far in 2021, up until yesterday.

In late November and early December, B.C. frequently recorded more than 700 new cases daily, with the record being 911 infections identified on November 27.

”The number of new daily cases of COVID-19 is much higher than we want it to be,” the two said in a January 26 joint statement.

“We are asking for everyone's help to bend our curve back down. This is especially critical with the presence of variant viruses in our province.”

The breakdown of the 407 new cases by health region is:

Some good news is that the number of people actively battling COVID-19 infections in the province has dropped to 4,260 – the lowest number since November 6, when there were 3,741 people with active cases of the virus.

There are 313 people in hospital fighting serious infections – 15 fewer than yesterday, with 71 of those hospitalized being in intensive care units.

Health officials are monitoring another 6,450 people for symptoms, because they have had known contact with identified cases. This is the lowest tally since November 2, when there were 6,448 people being monitored for symptoms.

Of those, 4,105 people have had second doses of the Pfizer-BioNTech vaccine, which was the first one to be rolled out, and remains the most widely used vaccine in B.C. The province's strategy of vaccinating health workers and residents at seniors' homes appears to be having an effect.

There remain 10 hospitals identified as having active COVID-19 outbreaks. They are:

The four active outbreaks at seniors' living facilities in Vancouver Coastal Health are at:

There are 15 active outbreaks at seniors' living facilities in Fraser Health. They are at:

The six active outbreaks at seniors' living facilities in Interior Health are at: